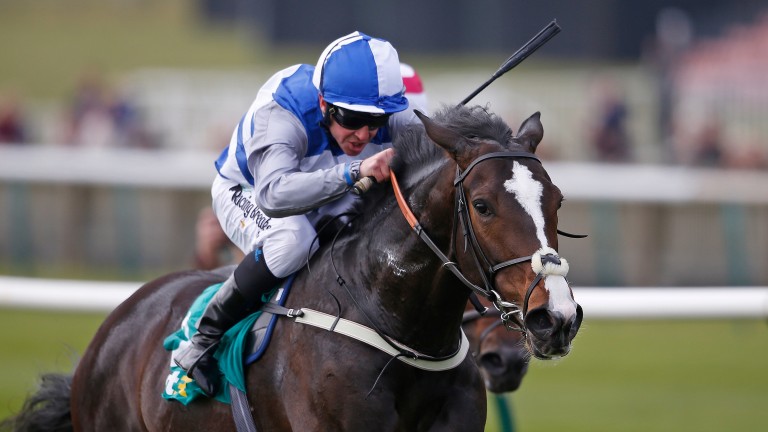 He's Eminent: takes on Winx at Randwick this weekend
Alan Crowhurst
1 of 1
By New Zealand Racing Desk/racing.com 9:07AM, APR 9 2019

The Sir Mark Todd-trained entire He’s Eminent resumed from a lengthy layoff with a gallant front-running display in the Group 1 Ranvet Stakes at Rosehill three weeks ago and his connections are hoping he can replicate that performance at Randwick on Saturday.

The five-year-old son of Frankel finished runner-up to Avilius in his debut run in Australia and he will need to be at his best this weekend when he takes on the world’s best racehorse, Winx, in the Queen Elizabeth Stakes.

He’s Eminent – who raced as Eminent when trained by Martyn Meade in England – hadn’t been seen on raceday since August and Todd was delighted with his first-up run considering the obstacles he had to overcome on his path to Australia.

“I was very happy with the run,” Todd said.

“The horse hadn’t been on the track for over seven months and he seems to have come through it really well.

“He'd been in quarantine and with the flu restrictions and snow, and everything else in England, he hadn’t actually worked with another horse for nearly six weeks.

“It was fairly hard to get a line on him, but he certainly seems to have come through the race well. He’s very bright and happy in himself, so we will see.”

Todd, a world-renowned eventer and dual Olympic gold medalist, has been riding He’s Eminent in some of his work and believes his charge is in good order ahead of Saturday’s challenge.

“I joked with the owners (Sir Peter Vela and Hubie de Burgh) that he would make a nice event horse.

“He’s done a bit of dressage and a bit of jumping. I enjoy riding him. I don’t do any fast work on him, but I like to get on him to have a feel for how he is, and he feels great.

“He has been quite sharp since the Ranvet and I think he has improved.” 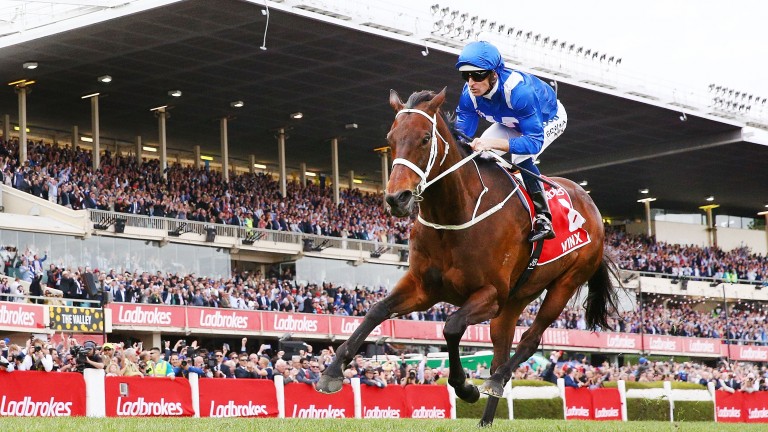 Winx: has her final race of a stellar career on Saturday
Michael Dodge
He’s Eminent will attempt to spoil the party at Randwick on Saturday when he takes on superstar mare Winx in her last raceday appearance, however, Todd is very aware of the mammoth task ahead of them.

“We're under no illusion as to what our task is with Winx,” he said.

“She’s an amazing mare and she’s famous all around the world.

“I don’t think any tactics we can do can beat her, but we can only run our own race.

“He’s a horse who likes to bowl along. He doesn’t have to lead. He has led in a couple of his races, but if something wants to go and make the pace, we will be happy to take a sit.

“That’s why we have got the best jockey onboard (James McDonald). It’s his job to think about what’s happening in the race and play it by ear.”

He’s Eminent will jump from barrier three, while Winx has drawn the outside barrier of nine in her raceday swansong.

Todd said Saturday’s performance would dictate where the future lies for both himself and the well-bred entire.

“Plans seem to be changing quite rapidly at the moment,” said Todd, who hurriedly took out a trainers’ license to prepare He’s Eminent at the behest of part-owner Sir Peter Vela.

“I am supposed to be going back to ride at Badminton, which is the first week of May.

“But, if the horse runs really well on Saturday, we might now be going to Hong Kong in two weeks’ time for the QE II Cup.

“It's a case of one run at a time with He’s Eminent. The plan, if we do go to Hong Kong, is then for him to go back to Europe and maybe look at the Prince Of Wales’s Stakes and beyond that I am not too sure.”

Todd said that win, lose or draw, he has thoroughly enjoyed the build-up to Saturday’s race in Sydney and is amazed with the manner in which the city has embraced Winx’ finale.

“I was here for the Sydney Olympics and the build-up around the city for this race is just incredible, so it is going to be a huge day.”

FIRST PUBLISHED 9:00AM, APR 9 2019
The plan, if we do go to Hong Kong, is then for him to go back to Europe and maybe look at the Prince Of Wales?s Stakes