Improving Stradivarius tunes up for Leger bid with show of stamina 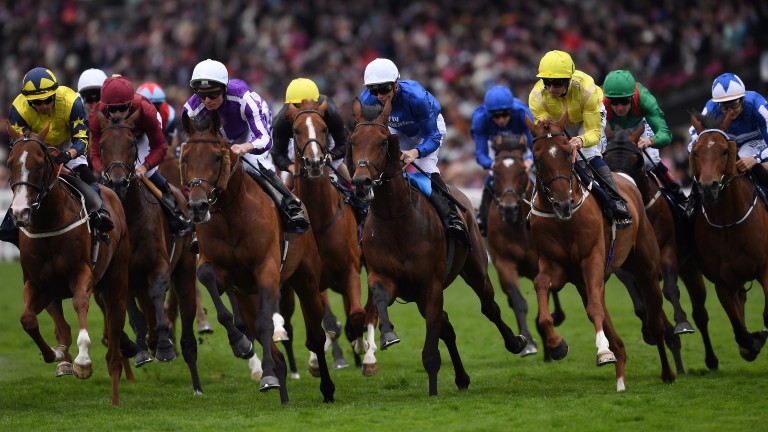 All roads lead to Doncaster for owner Bjorn Nielsen and Stradivarius following victory in the first running of the Queen’s Vase over 1m6f.

The John Gosden-trained son of Sea The Stars stayed on strongly to deny Count Octave by a neck in another thrilling finish on day four, with Andrea Atzeni securing the second Royal Ascot success of his career.

Paddy Power introduced Stradivarius into their St Leger market at 8-1 in the immediate aftermath – a route that most recently paid dividends for the Aidan O’Brien-trained Leading Light in 2013.

Gosden, celebrating a second win of the meeting following Coronet’s Ribblesdale victory on Thursday, said: “He’s certainly a St Leger type and improving all the time. He’s not very big and still not worldly, but he has a good attitude.

“We planned for this race for some time, after his run at Chester, and he’s won it in good style. Andrea's rode a fantastic race from a wide draw – safe ground all the way, wriggling in and out and finding his way through.

“I must say thank you to Frankie [Dettori] for getting him, and many of our horses, ready – I’m sorry my friend.”

Upgraded from a Listed contest to a Group 2 event this year, the three-year-old contest was dropped in distance by two furlongs – a move that attracted a classy field of promising stayers but resulted in a messy beginning to the race with runners on the turn shortly after leaving the stalls.

Gosden, whose previous winner of the race Landowner was ridden by Dettori's agent Ray Cochrane in 1992, said: “There could be an idea to bring the start back. The bend comes up very quickly, a bit like in America, and if they moved the start back a furlong it might be the smartest move for everyone."