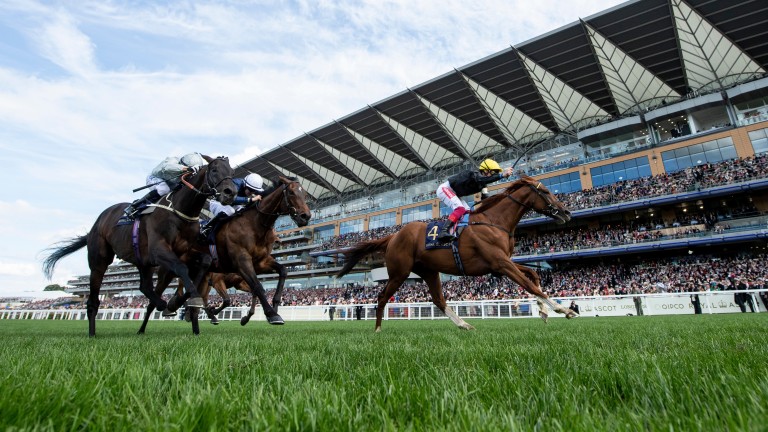 Stradivarius: is all heart as he lands a second Gold Cup
Edward Whitaker
1 of 1
By David Jennings UPDATED 8:25PM, JUN 20 2019

He is a sensational stayer, the best we have seen since Yeats. A streetfighter who would take on Anthony Joshua were he to appear down a dark alley. A five-year-old with wisdom way beyond his years. A winning machine who hasn't been beaten for almost two years now. A son of Sea The Stars and the foal his famous father is most proud of.

He goes by the name Stradivarius, but may have escaped your attention amid the Frankie frenzy.

The talk of a Dettori domination and bookmakers handing out P45s all over the land was never more topical than straight after the Gold Cup. It completed a famous four-timer for the inspirational Italian and going through the card was somehow starting to look possible. Even the sniffer dogs stopped sniffing to have a chat about it.

Dettori's day was incredible but just as remarkable was the feat of Stradivarius.

This was no ordinary Gold Cup. This was a renewal rich in quality. It contained a Melbourne Cup winner, a St Leger winner, an Irish St Leger winner and last year's Derby runner-up. Winning it was going to require a career-best performance, no matter who it came from.

It came from Stradivarius who became the first horse since Yeats to defend the stayers' showpiece. His body is barely big enough to house his herculean heart and boy did he need to be brave to pull this one out of the fire.

"He's got a white face, white socks and everyone says he looks like a palomino pony but, the tougher they make it for him, the more he wants to fight," said John Gosden, who clenched his fist and posed like Frank Bruno while talking about his most prized possession.

"He would be a dangerous person to bring out with you on a night out. He would pick a fight with someone who is ten-foot taller than him at the bar. He would probably win too, because he is quick.
"He loves to race. Frankie said he had to get some cover and knew that might lead to him getting into some trouble and it did but he was able to wriggle out like Houdini.

"Normally Frankie is very good at talking about himself but he loves this horse. He comes along to see him in his stable and he really cherishes them, the top horses. This fella and Golden Horn. These sort of horses have reignited his whole career. He's a bit of a Roger Federer or a Nadal."

There must have been a moment just after the home turn, when Donnacha O'Brien hemmed him in on Capri, that Gosden began to think a hard-luck story was being penned before our very eyes?

"Not really. I just thought he and Frankie are so small that they will find a hole somewhere and they did, eventually," arrived the reply.

In fairness to Frankie, he did not make this all about himself. He could have, and who could have blamed him if he did, but he didn't. Stradivarius is too special for his ego to get in the way.

"Stradivarius is an amazing horse," was the first sentence to come out of Dettori's mouth and there was so much more to come. 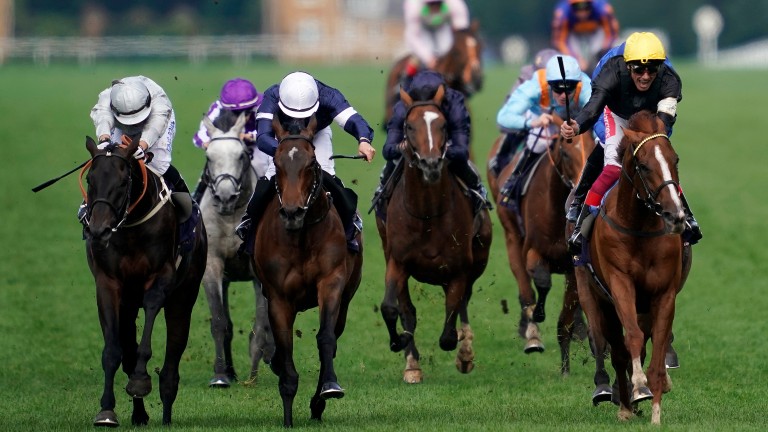 "His heart is bigger than his body. He does not know how to lose. All I have to do is get him among other horses and he does the rest. For a stayer, this lad has everything. He loves getting into a fight and he is a brilliant horse to ride. Everyone loves him, including me.

"The roar from the crowd was incredible. This horse has captured people's imaginations in the way that he runs and the way that he wins – we'll bring him back next year."

For Mark Johnston it was a ringing endorsement for this theory that Dettori is the best we have ever seen, only this time he came back to haunt him as he swept by the determined Dee Ex Bee entering the final furlong.

"He's run a great race. We can't take anything away from the winner, but it'd have been nice to get a lead, or for Stradivarius to be the one alongside us as we've gone down half a length and have come back. He's a battler, who stays every inch of the way, so there'll be another day hopefully," said Johnston afterwards.

Cross Counter loomed large on the outside two furlongs out and it looked at one stage as though we may be watching a repeat of his Flemington film but Charlie Appleby felt he didn't quite get home and it was hard to disagree.

"I'm delighted, it was his first time over the two and a half and the way he travelled into the race you couldn't not get excited watching it," said Appleby.

"He's lost nothing in defeat and we'll probably drop him back to the two miles, he just travels too well and he's just been outstayed. He broke the track record at Goodwood, so we know he handles the track, I'd say that'd be the most likely option."

Joseph O'Brien, unsurprisingly, was over the moon with Master Of Reality too.

"It was a great run, he loves the trip and Wayne gave him a great ride. He loves a bit of juice in the ground and I'm over the moon with the run," said the trainer still searching for his first royal winner.

But, this Gold Cup, just like last year's one, was all about Stradivarius. Make sure you remember his name because we will be talking about him for decades to come, just as will be the case with Dettori.

FIRST PUBLISHED 7:30PM, JUN 20 2019
He's got a white face, white socks and everyone says he looks like a palomino pony but, the tougher they make it for him, the more he wants to fight