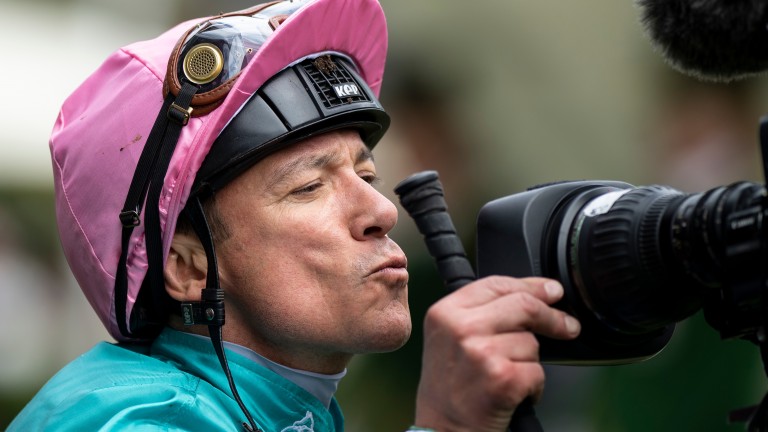 Frankie Dettori compared his momentous 449-1 four-timer to his famous Magnificent Seven as racing's greatest showman admitted even he was blown away by an achievement that lifted the roof off Royal Ascot.

"It's the sort of thing you dream of - if someone had told me this morning I'd ride the first four winners at Ascot on Gold Cup day I'd have laughed at them," said the 48-year-old after wins on A'Ali, Sangarius, Star Catcher and Stradivarius in the Gold Cup in the space of two magical hours.

It was a day that started with success on 5-1 shot A'Ali in the Norfolk and included 13-2 chance Sangarius in the Hampton Court. Ribblesdale scorer Star Catcher, a 4-1 chance, brought up the hat-trick before Stradivarius had bookmakers running for cover and punters scrambling to back his next mount.

Dettori fever climaxed with a furlong to run in the next race, the Britannia, as he shot clear from the front aboard Turgenev for boss John Gosden. They looked to have stolen it. In that moment the whole place pulsated to Dettori's rhythm, although it wasn't to be with Harry Bentley swooping late on Biometric.

"Twenty years ago I would have won that," he joked afterwards. "I loved it, he was 16-1 this morning and went off favourite [7-2]. He gave me a great spin and I nearly nicked it. It wasn't to be, but I've had a good day so I'm not going to cry."

Questionare finishing a well-beaten 14th did not detract from the day either and, comparing it to his Magnificent Seven as he walked back to the weighing room for the final time, he said: "It's unbelievable, of course [it's as good], it's the Gold Cup. It doesn't get any bigger than that and to win the first three was special. Obviously my mind was on Stradivarius so the rest is all a blur now, but we've done it.

"I don't know what this place does to me but things just happen and it's got this magic feeling for me. Four in a day at Ascot, that's not bad!"

Asked how he would celebrate, he added: "I'll have a drink with the owner now and I'm in the hotel with my wife, we're back again tomorrow so I'm not going to go mad." 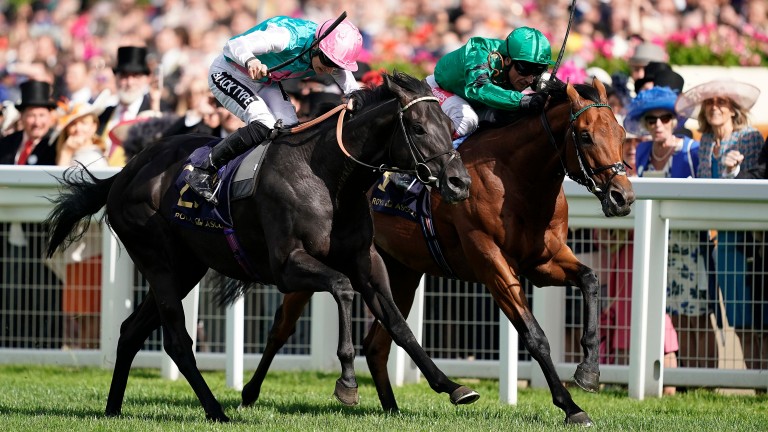 He might not be going mad but the whole place was as Turgenev shot clear and his trainer John Gosden, who provided the third and fourth legs, was in a very playful mood despite defeat.

"It's very important he didn't win all six races, because he'd have bankrupted all of the bookmakers and then we'd have had to pack in the rest of the meeting with two days to go," he laughed.

Paying tribute to his stable jockey, he added: "He's riding in great form, he's ridden lovely horses primed and prepared beautifully for their races. He's done it amazingly well and nearly pulled off five in a row there.

"He's like a lot of great athletes, when he gets psyched into the zone he takes it to another level. It's rather like watching a Nadal, a Federer or a Djokovic, those guys in the semis and the final seem to go to another level.

"He's got to have the horses to go with him, but he can galvanise the horse to do so. Tactically he's very astute, although he did admit he moved too soon on Turgenev."

Dettori at Ascot: in numbers

6 Four wins on Gold Cup day, added to his two on Wednesday, puts him in pole position to be top jockey at the meeting

5 The number of times he has finished top rider at Royal Ascot, most recently in 2004

66 The number of winners he's recorded at Royal Ascot. His first came in 1990 as a teenager

7 Stradivarius was his seventh win in the Gold Cup; his first was aboard Drum Taps in 1992

Sir Michael Stoute, who supplied the second winner Sangarius and is something of an Ascot legend himself with 81 winners now at the royal meeting, said: "He loves this place in particular, but he's a big-day jockey and we know that, he winds himself up for it and he's pretty special."

The recently-retired Ruby Walsh, arguably Dettori's equivalent over jumps, is a difficult man to please but he was similarly impressed.

"He's had an incredible day," he said. "You've got to get on the right horses, but he was brilliant on Stradivarius. It was an even-money shot and he never panicked. He was in a pocket and he waited and waited, kept waiting and eventually the gap came. That takes riding." 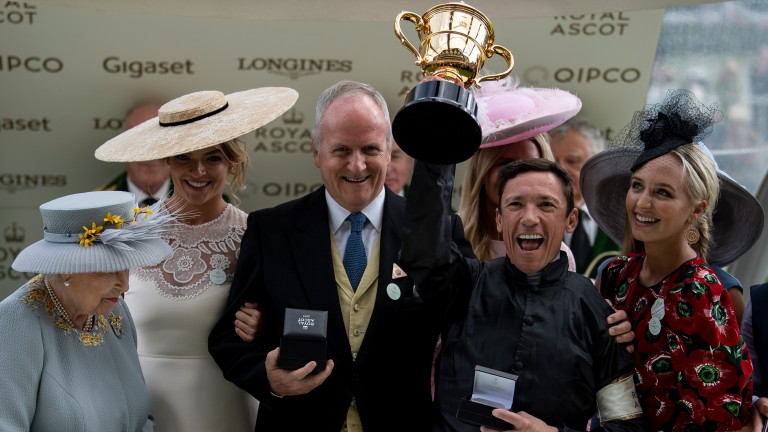 Ascot chief executive Guy Henderson was another to heap praise on the jockey most associated with the course.

"Putting my spectator hat on, what I enjoy is when someone rides with supreme confidence and it generates success," he said. "We all know it's a short home straight and he has the confidence to go early and they keep running for him. It's a joy to watch.

"He's magnificent, there's no other word for it. He genuinely enjoys the performing. You've got to remember they're all professional athletes and they all have their different ways of dealing with how to be in the zone to perform. And he seems to be able to improve his performance by engaging with the crowd, not all of them can do that.

Ascot clerk of the course Chris Stickels added: "When Frankie Dettori is on fire here he really sets the place alight. He is a superstar. He rides this place really well and it's a joy to watch. He certainly got the crowd very excited, particularly when Turgenev hit the front!"

FIRST PUBLISHED 7:48PM, JUN 20 2019
He loves this place in particular, but he's a big-day jockey and we know that, he winds himself up for it and he's pretty special