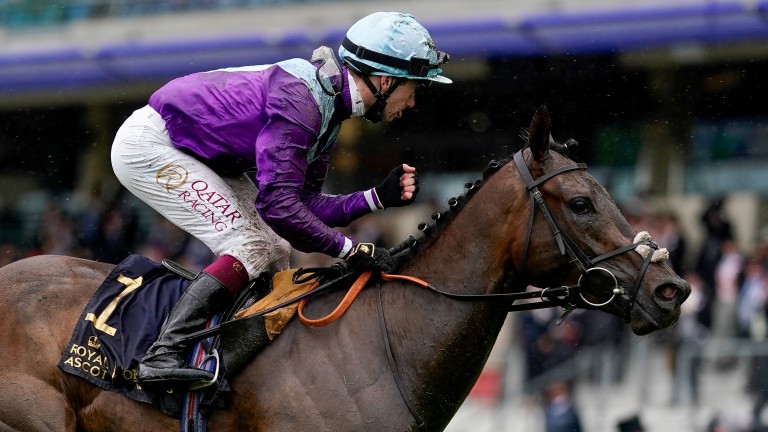 From the sobering experience of the Commonwealth Cup to Alcohol Free in the Coronation Stakes, it was quite the emotional rollercoaster for Oisin Murphy.

A line from Rudyard Kipling's 'If' instantly sprung to mind as the champion jockey produced last year's Cheveley Park winner with a perfectly timed challenge just minutes after the colt he bought, sold and rode had victory snatched from him by the stewards in the first Group 1 of the day.

"If you can meet with triumph and disaster and treat those two impostors just the same."

That's exactly what Murphy did. His emotions never wavered.

"I said to my valet when he put his hand around me: 'There's no place for tears in here," Murphy said of the Dragon Symbol demotion. "There are far worse things going on in the world. We're in the entertainment industry and I'm steering these marvellous animals. You have to keep looking forward to the next one.

"It’s good for Wesley Ward [trainer of Campanelle], he brought over a huge team. You know, in fact, his own words were that Dragon Symbol was the best horse in the race. So does anyone else need an opinion? Welcome to horse racing."

Welcome to horse racing is right. Gut-wrenching one minute, glorious the next.

This was a Murphy masterclass, both mentally and physically. For a filly who was not certain to stay a mile and had never run on ground worse than good to soft, he got her beautifully settled and into a lovely rhythm. He was always in the right place at the right time and, once he pressed go, it was race over.

The 1,000 Guineas fifth was the Coronation Stakes first and there was absolutely no doubt about it. The best filly won. There was no need for the stewards to get involved this time.

Murphy added: "I had a plan and I don't know if Andrew [Balding, trainer] agreed with me, but he filled me with confidence when I told him what I was going to do.

"She jumped normal and what worried me was the clerk of the course decided to put the stalls on the far rail. That was fine, but then everyone wants to get to that rail, so I was worried it was going to get congested.

"Alcohol Free relaxed. I stayed on the bit for as long as I could and, given her pedigree, she was always going to handle the ground."

She didn't just handle the ground, she adored it.

Balding deflected any praise on to Murphy, applauding his character.

"Full credit to Oisin – it's the measure of the man to have the disappointment he had five minutes before they went in the stalls, and to give her such a good ride takes some doing," Balding said.

On Alcohol Free, he added: "She's very classy. We had heavy hearts after Newmarket because it isn’t often you go into a Classic expecting to win it. For whatever reason it didn’t pan out that day and she was below par, but she was back to her best today and she looked pretty good." 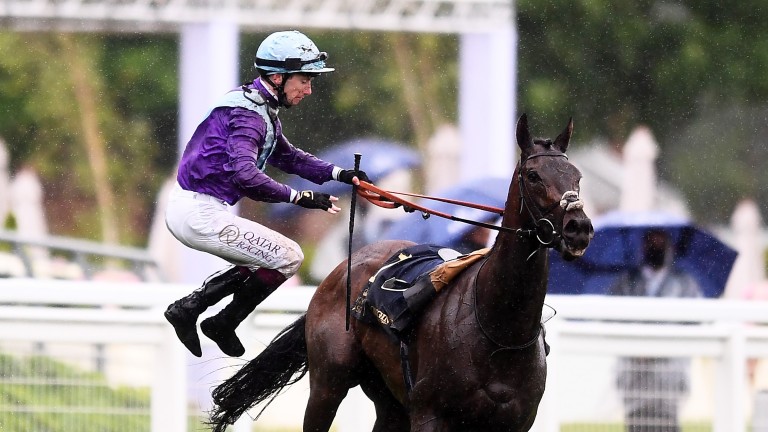 For owner Jeff Smith, whose famous purple colours were carried to victory by the lightning-quick Lochsong in the 1994 King's Stand, this was more than just another royal winner. It was so much more.

Smith said: "It's very emotional. We felt very unlucky in the Guineas. We trained her for this race and what a delivery. It's absolutely fabulous."

Snow Lantern got closest to her. The gorgeous grey filly is still learning but she is going to be some scholar when everything sinks in. This was a performance of significant potential and Richard Hannon knows it.

Hannon said: "Her day will come and she’s run a super race. We had a point to prove after York. She's an aeroplane. In terms of what I came here wanting, she’s done it – she was so much less keen."

But this was Alcohol Free's day and, in particular, Murphy's.

As Kipling concluded: "And, which is more, you'll be a man, my son!"