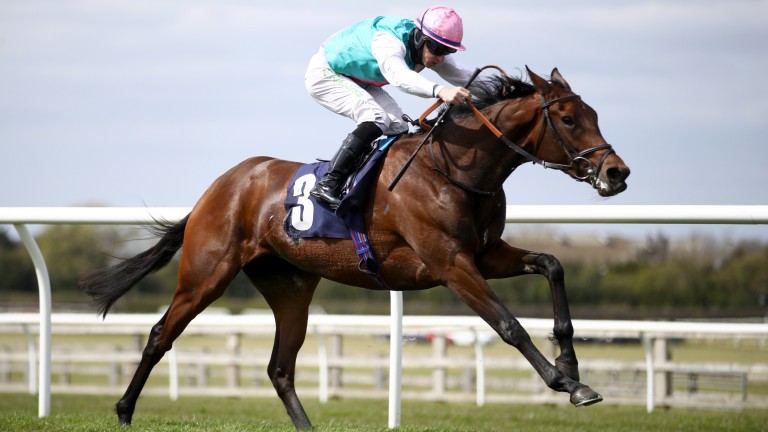 There are several ways to tell the Ribblesdale is a race for improving middle-distance fillies without even looking at the race conditions.

A glance at the previous winners shows the last seven all came from the stables of John Gosden or the cradle of Coolmore. Five of those seven fillies went on to land a Group or Grade 1 at some point in their career – not always over this trip or further, incidentally.

Late bloomers who can mix it at 1m2f and 1m4f used to be Sir Michael Stoute's territory. He is not the dominant force anymore, but is still a player and Noon Star looks like one of his best prospects.

That would have been the case even before she saw a racecourse as she is supremely well bred, the result of a meeting between Galileo and Midday. As that pedigree might imply, Epsom was the aim for Noon Star before injury intervened.

Snowfall's yawning win at Epsom is a noted exception to a pattern developing among this year's three-year-old fillies in particular. Top-quality performances have been few and far between.

The 1,000 Guineas suggested much of a muchness, while nothing behind Snowfall in the Oaks ran to a three-figure Racing Post Rating. There is plenty of room in the middle for a classy filly to pick up whatever Snowfall leaves.

That attainment gap is currently being plugged by strong juvenile form, which Dubai Fountain holds most strongly courtesy of her Fillies' Mile fourth. She never looked comfortable at Epsom and is excused, although she raced so freely that the assertion she will benefit from a full 1m4f is now made with a little less confidence.

The other runner to come here from Epsom is Divinely, who finished third but could easily be said to be the second-best filly on the day. She tanked through the race away from the favoured near-side rail, but got going all too late.

She shaped well at Lingfield the time before that and has a pedigree to match against Noon Star, being by Galileo out of Red Evie and is a full-sister to the exceptional mare Found.

One form line that will be tested fully for the first time is the Fillies' Trial Stakes at Newbury. Unusually, nothing from that race ran in the Oaks but the first four run here.

The bare form is likely muddling, comparing poorly time-wise with the London Gold Cup on the card.

Even so, these were all once-raced fillies with strong connections and pedigrees and Eshaada came from a way off the pace to prevail. She is already outstaying her pedigree, which raises concerns going up in trip.

While the worth of the Trial Stakes could be debated, it seems likely that the one with most progress in her is Twisted Reality. She looked the most obvious in need of the experience at Newbury and is bred to come into her own as her stamina is teased out.

Her powerful connections could have built her up gradually and it is not to be overlooked given that she is upped in class again so soon.
Keith Melrose, betting editor

Can Gosden make it three in a row?

John and Thady Gosden will launch a three-pronged attack as they bid to land the Ribblesdale Stakes for the third time in succession.

The market suggests their standout chance is Gloria Mundi, who was narrowly denied by Eshaada at Newbury last time and will once again be partnered by Frankie Dettori. She is joined in the 13-runner field by stablemates Taslima, third in the Pretty Polly last month, and Loving Dream, who was fifth in the Lingfield Oaks Trial. 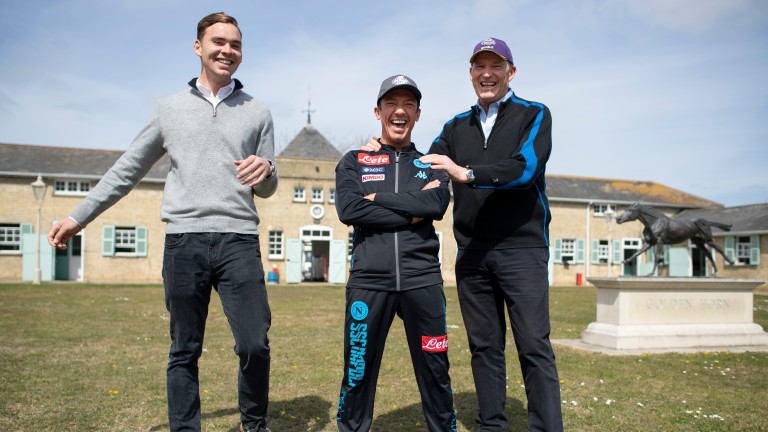 "Gloria Mundi has run well on both of her starts and should handle the ground if it turns soft," said John Gosden, who won the race with Irish Oaks winner Star Catcher in 2019 and Frankly Darling last year.

"Taslima is getting the hang of things but whether she will handle ease in the ground is open to question. They didn't go a great gallop last time in the Lingfield Oaks Trial for Loving Dream to show her best so hopefully they go a bit quicker this time around."

David Simcock, trainer of Ad Infinitum
She's a likeable filly and going the right way. This is a totally different test to the one she faced at Goodwood, it's better opposition and a bigger field, but I'd also like to think she's come forward for that run.

Aidan O'Brien, trainer of Divinely
It's not long since she ran in the Oaks but she seems to have been in good form since. We were delighted with her at Epsom last time and we're hoping for another good run.

Johnny Murtagh, trainer of Annerville
The plan was to come here after she won at Leopardstown and her work has been good since. We are very happy with her. I wish we were drawn a bit better, but we are hopeful.

Angus Gold, racing manager to Shadwell Estate, owner of Eshaada
She's a good galloping filly and seems to stay well, even though she's by Muhaarar. I don't think she'd want it terribly quick so any rain would help. She's done everything right so far, she's a stakes winner now so this was the obvious step up. 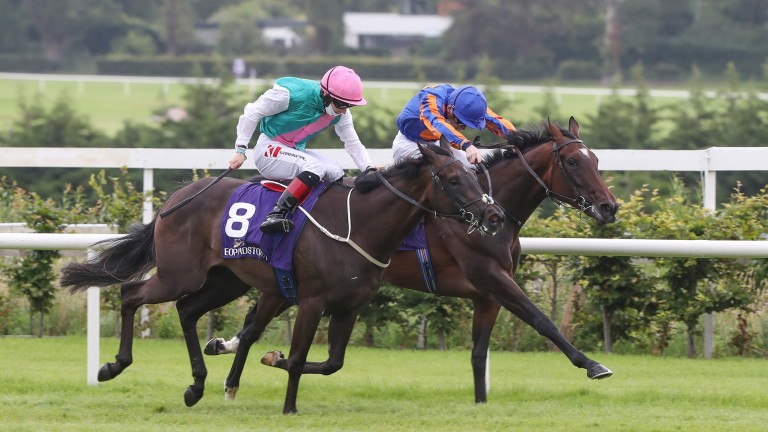 Nicest (far side): was fourth in a Listed contest last time
CAROLINE NORRIS

Donnacha O'Brien, trainer of Nicest
Her work has been good. It looks a competitive race but I think she will outrun her odds.

Teddy Grimthorpe, racing manager to Juddmonte, owner of Noon Star
She had a minor setback before the Oaks but that may have proved a blessing in disguise the way things turned out. She's in good form.

Oisin Murphy, rider of Twisted Reality
She ran well at Newbury but was quite babyish. If there was to be some rain it would help her. This looks like a competitive race.
Reporting by Jonathan Harding

FIRST PUBLISHED 6:00PM, JUN 16 2021
She’s done everything right so far, she’s a stakes winner now so this was the obvious step up