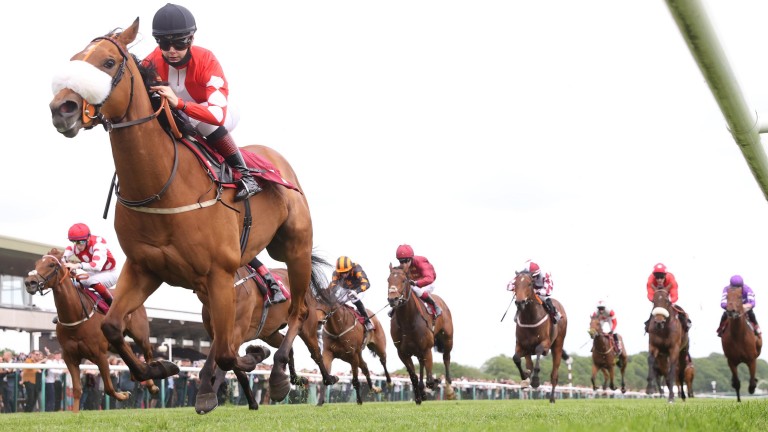 It wouldn't be Royal Ascot without a successful gamble at some point over the five days. Last year's plunge came in this race in the form of Art Power, who was sent off as the 6-4 favourite in a 21-runner field and proved the confidence to be spot on.

Punters haven't really got in to many this meeting – Kaboo in the Windsor Castle (66-1 into 15-2) and Astro King in the Royal Hunt Cup (12-1 into 5-1 favourite) may be the exceptions – but maybe they are waiting for the Palace of Holyroodhouse once again.

This handicap offers a good mix of inexperienced and battle-hardened three-year-old sprinters. Horses that have tended to take money prior to one or two of their previous starts will likely do so again, and there are four standouts in this field that fit the brief.

Mo Celita is the most obvious. Adrian Nicholls picked up this Camacho filly from Willie McCreery's stable after three runs and she caused a shock on her first start for new connections when getting up by a nose to win a Leicester seller in April.

A busy May followed as Mo Celita was seen on the track four times in three weeks. She crossed the line in front each time, rarely without landing a few tasty bets. She now needs to defy a career-high mark of 90, though further support from this shrewd outfit should be taken seriously.

Equality and Boomshalaa boast similar profiles to that of Art Power – three starts in novice company before making their handicap debut in this field off lenient-looking marks.

Finally, watch out for ante-post tickler Warrior Brave, who has already seen double-figure prices vanish after steady support. The Horse Watchers excel with this type of recruit and although he returns after just a six-day layoff, first-time blinkers may instigate the necessary improvement.
Race analysis by Tom Collins

'I hope it just rains and rains, please God'

The late David Nicholls was renowned for his touch with sprinters, routinely turning lead into gold and plundering major sprint prizes at big fixtures up and down the country.

On Friday, his son Adrian, more commonly known by his nickname Trotter, bids to emulate his father by capturing a Royal Ascot race with Mo Celita, a filly who began the year winning a seller by a nose off a handicap rating of 62 but lines up here seeking a six-timer off 90.

"To be going down to Ascot with a filly like her who has a live chance of winning is a bit of a fairytale," Nicholls said. 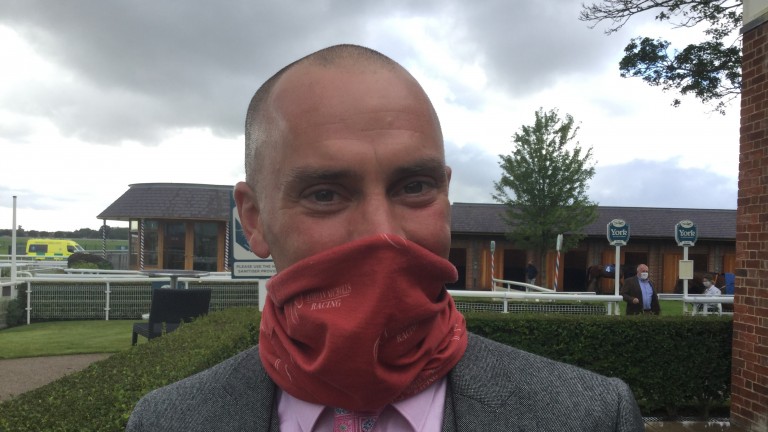 "She's improved leaps and bounds since we got her. Maybe it's been a confidence thing, or the way we train, or being in a smaller yard. I wish I knew as I could then use it for all my horses!"

Nicholls is hoping the potentially heavy showers forecast materialise, and added: "I'm sorry to say this to everyone but I hope it just rains and rains, please God. The more rain that falls the better her chance."

David O'Meara, trainer of Nomadic Empire and Noorban
I wouldn't be sure the rain would suit them but they both come into the race in very good form.

Adam Ryan, assistant trainer to Kevin Ryan, trainer of Hala Hala Hala
She had some high-class form as a two-year-old and if she reverts to that sort of form she's interesting.

Roger Varian, trainer of Boomshalaa and Hey Mr
Boomshalaa is lightly raced, progressive and looks to have a lot of speed. I think the setup of the race could suit him. A stiff five furlongs on a conventional track should suit Hey Mr well.

Karl Burke, trainer of Significantly and Rebel At Dawn
We've deliberately saved Significantly for this race. Handicap-wise, I think he should be rated above 100 and we're very hopeful of a big run. Rebel At Dawn is at the top of his game. This is his third quick run but if he reproduces those run then he'll run well.

Ed Walker, trainer of Popmaster
He'll be suited by coming back to 5f and he's in blinding shape. This has been the plan for a long time and he has some great form in the book.

Sam Hoskins, director of Kennet Valley Thoroughbreds, owners of Equality
He's been kept under the radar and we've not run him since his last win as we thought his rating would be high enough to get into this race. Progeny of his sire can handle softer going and his dam handled it too, so a bit of ease is fine.
Reporting by Peter Scargill

FIRST PUBLISHED 6:00PM, JUN 17 2021
He's been kept under the radar and we've not run him since his last win as we thought his rating would be high enough to get into this race