'I think he has a big chance' - will Guineas hero Poetic Flare strike at Ascot? 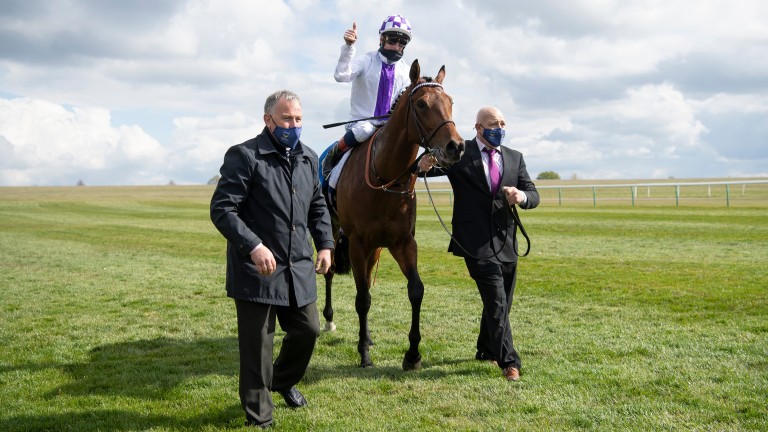 More than half of the 13 jockeys riding in the third and final Group 1 on day one were not even born when Jim Bolger saddled his first winner at the royal meeting in 1983 and the master trainer hopes the ultra hardy Poetic Flare can follow in the footsteps of his sire and 2013 scorer Dawn Approach.

While Dawn Approach arrived in Berkshire on the back of a 2,000 Guineas victory and Derby flop, Poetic Flare turns up for a remarkable fourth top-level tilt in just 45 days.

After 2,000 Guineas Trial success at Leopardstown in April, the homebred colt landed the first British Classic at Newmarket on the first day in May, finished a staying-on sixth in the French 2,000 Guineas 15 days on then a week later went down by a short head to stablemate Mac Swiney in the Irish equivalent.

Bolger's first royal meeting success came with Flame Of Tara in the Coronation Stakes 38 years ago and market leader Poetic Flare, the mount of 54-year-old Kevin Manning, could take the County Carlow trainer's tally to nine.

Bolger said: "He's had an extraordinary season and you couldn't do what we've done with him with every horse. He's very hardy and I've never had a colt of his calibre who has needed as much work as he does. He's come out of his Curragh run very well and I think he has a big chance." 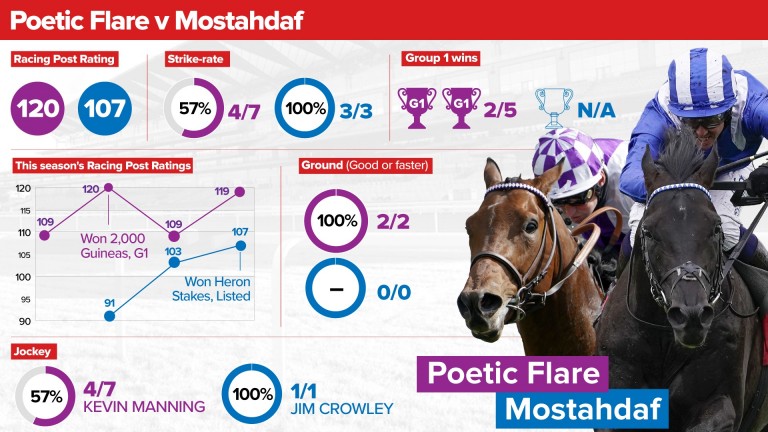 Battleground out to bounce back for O'Brien

Aidan O'Brien may not have a candidate of Giant's Causeway or Rock Of Gibraltar stature to add to his leading tally of eight winners in the race but last year's Vintage Stakes scorer Battleground is nonetheless a major contender.

Ryan Moore's mount lost his action when finishing down the field in the 2,000 Guineas at Newmarket on his return but previously finished second in his first crack at the top level in the Breeders' Cup Juvenile Turf at Keeneland.

He was a ready winner of the Chesham Stakes at last year's Royal Ascot and sports a tongue tie for the first time on his second start of the campaign.

O'Brien said: "The track and the ground should really suit Battleground. He's won at Ascot before, albeit on the straight course, and he won round a right-handed bend at Goodwood too.

"We were looking forward to running him in the Irish Guineas but the ground just went against him so we took him out. He's very well in himself."

A first-time tongue tie is also applied to stablemate Wembley, who finished second to the reopposing Thunder Moon in the National Stakes and filled the same spot behind St Mark's Basilica in the Dewhurst last year, but failed to fire in the English and Irish 2,000 Guineas.

Wembley is the mount of Seamie Heffernan, while Wayne Lordan rides outsider Ontario, who finished second in the Royal Lodge last season but wears blinkers for the first time on his Group 1 debut.

O'Brien said: "I hope and think Wembley will leave his run in the Irish Guineas behind him. The ground at the Curragh was very soft that day and he seems to be in good form. Ontario is back over a mile and we're putting blinkers on him for the first time, so hopefully that will help him."

Is three the magic number for Gosdens?

Without Parole and Palace Pier arrived with 3-3 records before landing this mile event in 2018 and 2020 and John and Thady Gosden bid to repeat the feat with the unbeaten Mostahdaf.

Jim Crowley's mount recorded a 3lb lower RPR than Without Parole that day and has 10lb to find with Poetic Flare on official ratings so improvement is required, but this has been on the agenda for the half-brother to dual Group 1 winner Nazeef for several months.

John Gosden, who also won the race with Kingman in 2014, said: "He has a nice draw in stall one providing he doesn't get boxed in and we've planned this basically since March when he won going right-handed around Kempton.

"Then we went to the Heron Stakes at Sandown where he did well to win on testing ground. We know it's a jump in class again and it's a competitive race but we've been pleased with him since. He could well end up going a mile and a quarter later in the season."

Three of Charlie Appleby's four previous runners in the St James's Palace have finished in the first three and the Godolphin trainer is double-handed in his bid for a breakthrough success with Highland Avenue and La Barrosa.

Highland Avenue, ridden by William Buick, has to turn recent form around with Mostahdaf but there are reasons to believe he could do just that on much quicker ground and given he is now 3lb better off.

He said: "We've been pleased with Highland Avenue in the lead up and hope he can be a big player as he steps up to the top level.

"The wide draw [stall 12] is a slight disadvantage on the round course at Ascot but his homework has gone well. He learned plenty at Sandown and came forward again for that run, while ground conditions will suit him better this time." 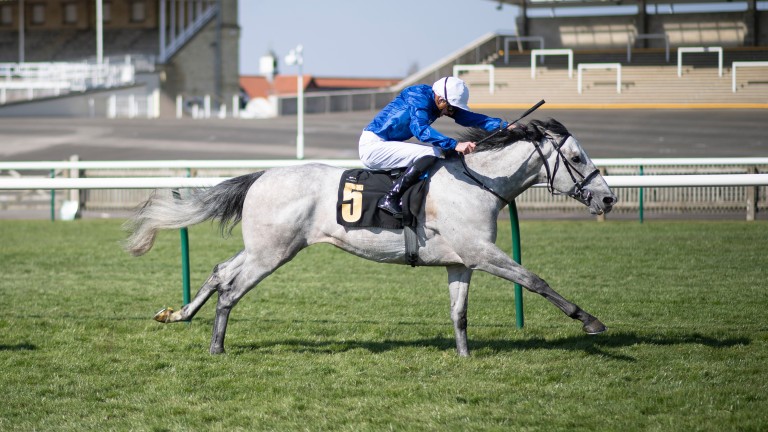 Craven second La Barrosa finished sixth in the Irish 2,000 Guineas last time and James Doyle's mount is another likely to benefit from returning to decent ground.

Appleby said: "La Barrosa travelled well at the Curragh but couldn't pick up on the soft to heavy ground. Returning to a faster surface is definitely going to suit and, if he can reproduce his second in the Craven, it will make him a contender."

Richard Hannon, trainer of Chindit
He looks great, we're very happy with him and he's one of our best chances of the week. I was very pleased with his run in the Guineas, where the race developed on the other side but he came home very well. He's had a nice bit of time since and I feel he's improved.

Jessica Harrington, trainer of Lucky Vega
I genuinely thought he was going to be tailed off last halfway through the Irish Guineas and it is testament to his ability he managed to stay at it and finish strongly for fourth. He's been in great form since the Curragh and I couldn't have been any happier with him when he left on Monday morning. I'm really looking forward to the race.

Teddy Grimthorpe, racing manager to Juddmonte, owners of Maximal
We're hopeful of a big run. It was the intention to run him in the Diomed at Epsom but the ease in the ground went against us. This is a big step up and a big test, but Sir Michael [Stoute] has always had a good opinion of him.

Joseph O'Brien, trainer of Thunder Moon
He's been in good form since Newmarket and we've been very happy with him since. We think he'll enjoy the quick ground and hope he can come back to something like his two-year-old form. He should run a good race.

FIRST PUBLISHED 6:00PM, JUN 14 2021
He's had an extraordinary season and you couldn't do what we've done with him with every horse

Willie Mullins could be the man to beat again with talented Micro Manage Are we ready for another Menuisier gamble? Nuits St Georges bids for a hat-trick Who would come out on top in a repeat of last year's finish? Here's the verdict Is Baaeed a Group 1 horse in the making? Graeme Rodway gives his verdict 'We're hoping for a bold run' - leading trainers on their Golden Mile contenders Charlie Appleby outlines plans for top three-year-olds Adayar and Hurricane Lane