Last race off: 'Ryan Moore wanted the ride and this horse likes Ascot' 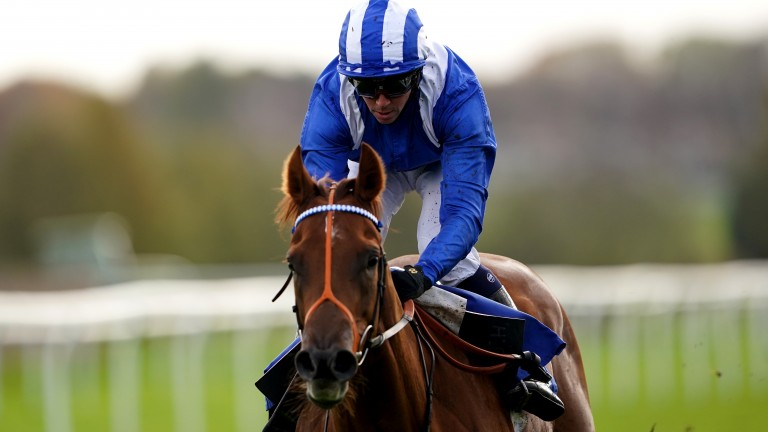 Aldaary: the only three-year-old in the Buckingham Palace field
Tim Goode (Getty Images)
1 of 1
By Tom Collins and Matt Butler UPDATED 5:55PM, JUN 17 2021

The reintroduction of the Buckingham Palace Stakes to the Royal Ascot programme last year filled a much-needed void as the sole handicap across the five-day meeting over 7f, a distance that is regularly tried for horses in limbo – non-stayers over a mile and those who don't have the speed for 6f.

In the case of the Charlie Hills-trained Persuasion, he proved his ability over this distance by fending off stablemate Dulas (a 7f winner since) in a hot Haydock handicap on his seasonal reappearance. Lord Campari has more to prove but the visual impression of his novice victory last year has to remain at the forefront of your memory. High draws will help their causes. 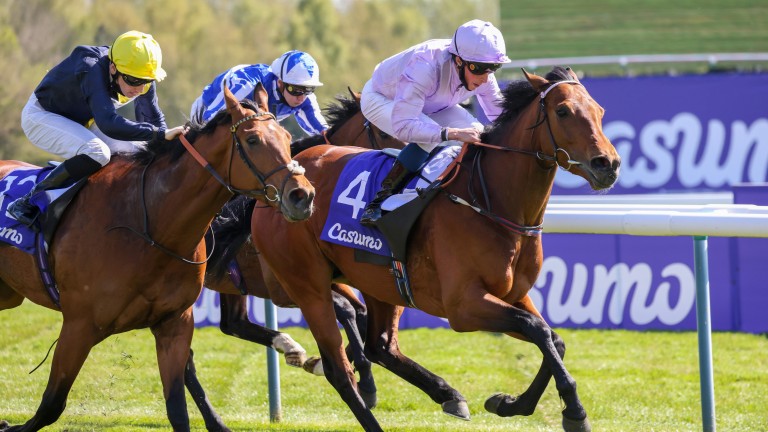 Persuasion won at Haydock on his most recent start
Grossick Racing

Winning sprinters who have stepped up in trip include Aldaary and Bielsa. The latter has been a money-burner in recent times but lost only narrowly last time, while Aldaary's reappearance victory at this track is the best piece of recent form on offer. A tongue-tie sparks warning signals after a short-priced defeat.

Course-and-distance winners Documenting and Raising Sand can't be overlooked, especially the latter if the ground softens, while Boardman is still on the up after three consecutive victories.

The Tim Easterby-trained four-year-old has found his home at this trip and impressed with a strong-travelling victory at Chester last month. A career-high mark of 96 leaves questions to answer, but a big-field handicap should suit his running style.
Race analysis by Tom Collins

The colours of the late Hamdan Al Maktoum came to the fore when the Buckingham Palace Stakes returned last season and they could do so again with Aldaary, the only three-year-old in the field, and Danyah now racing under the banner of Shadwell Estate, which manages the horses left behind by the sheikh.

Aldaary's unbeaten run came to an end at Goodwood last time when favourite, but there are plenty of reasons to think the course-and-distance winner can get back on track and emulate Motakhayyel, who won the race for Sheikh Hamdan 12 months ago.

Angus Gold, Shadwell Estate's racing manager, said: "We were a bit disappointed with Aldaary [at Goodwood] but it might have been more our fault than his. When he won at Ascot it was good to soft and he moved quite beautifully that day, but I think it's fair to say he had too much to do last time.

"It's a three-year-old taking on the older horses but if he hadn’t run at Goodwood we’d be going there very hopeful."

On Danyah, Gold added: "He's keen-going and we thought on his pedigree and the way he races he should have the speed to come back to seven furlongs. If we get the rain I don't think that will worry him either."

Roger Varian, trainer of Lord Campari
The drop back to seven furlongs should suit him as he's got plenty of speed. Any rain that arrives should help his cause.

Alastair Donald, racing manager to King Power Racing, owner of Bielsa
Any rain would probably be a good thing for him. We're keen to try him over seven furlongs as he's bred to like it. He's hitting form after a wind operation.

Teddy Grimthorpe, racing manager to Juddmonte, owner of Blue Mist
Ryan Moore wanted the ride and this horse likes Ascot. He's run his best races there with Ryan on board and we're hopeful of a big run.

Charlie Hills, trainer of Persuasion
The plan was always to run him at Haydock and then wait for this week. I think he has a pretty good chance.

Pat Flynn, trainer of Whatharm
He has travelled over well and is in good form. He has a fighting chance.

Stuart Williams, trainer of Lord Rapscallion
He's been running much better on turf and he didn't seem to enjoy us running him on the all-weather through the winter. His last three runs have definitely gone in the right direction and I hope it's a race that might suit him. Marco [Ghiani] takes 3lb off and is in tremendous form, so I'm delighted he's got in. We were second in the previous incarnation of this race with a horse called Lunar Leo, who only cost 1,500gns.
Reporting by Matt Butler

Willie Mullins could be the man to beat again with talented Micro Manage Are we ready for another Menuisier gamble? Nuits St Georges bids for a hat-trick 'I've seen tougher Stewards' Cups' - trainer thoughts on the day's big handicap Who would come out on top in a repeat of last year's finish? Here's the verdict Is Baaeed a Group 1 horse in the making? Graeme Rodway gives his verdict 'We're hoping for a bold run' - leading trainers on their Golden Mile contenders