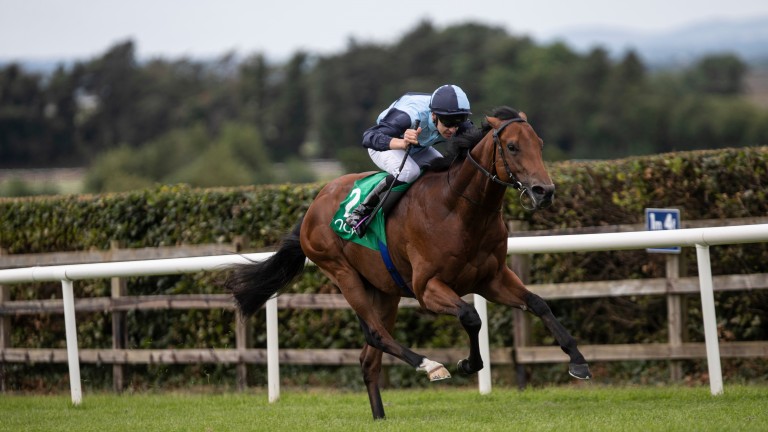 Alligator Alley: one of two runners in the race for Joseph O'Brien
Patrick McCann
1 of 1
By Brian Sheerin UPDATED 7:02PM, JUN 7 2020

Valuable pointers towards the Commonwealth Cup at Royal Ascot look likely to emerge as an ultra-competitive field of three-year-olds, nine of which boast official ratings in excess of 100, battle it out over five and a half furlongs on the day racing resumes in Ireland.

Summer Sands, who O'Brien secured for a whopping 625,000gns last autumn, proved his Middle Park third behind Earthlight was no fluke when signing off last season with a comfortable Listed success at Redcar.

O'Brien's father Aidan, who last won the race with Washington DC in 2016, is also doubly represented courtesy of Pistoletto and Southern Hills, winner of the Windsor Castle at Royal Ascot at two.

Aidan Fogarty's Wheels On Fire, who was placed behind A'Ali in the Flying Childers, and the Ger Lyons-trained Nurse Barbara, last seen finishing sixth behind Millisle in the Group 1 Cheveley Park Stakes, give the contest further strength in depth.

Joseph O'Brien, trainer of Alligator Alley and Summer Sands
Alligator Alley is in good shape and five and a half furlongs on quick ground at Naas should suit him well. We’re looking forward to getting started with him. We don’t know much about Summer Sands but he seems to have settled in well and we’re hoping for a nice run from him also. We’ll learn a bit about him here.

Aidan O'Brien, trainer of Pistoletto and Southern Hills
Pistoletto is in good form and has been doing everything right. When he goes to the front he is inclined to wait a little bit so we thought the blinkers might help him if he gets to the front. Southern Hills is ready to start. He's a fast horse and we are not sure how much further than five he will get but we will learn more about him here.

Aidan Fogarty, trainer of Wheels On Fire
He's going fierce well. He seems to have trained on by the looks of it and we're hopeful he will run a good race, but we are a bit doubtful about whether he's going to stay six furlongs. This is over five and a half and, if he runs well, we're hoping to run him in the Commonwealth Cup but this will tell us where we're going with him.

Fozzy Stack, trainer of American Lady
American Lady has a bit to find but she's in good order. If she could finish in the first three it would be great.

FIRST PUBLISHED 6:00PM, JUN 7 2020
If Wheels On Fire runs well, we're hoping to run him in the Commonwealth Cup but this will tell us where we're going with him