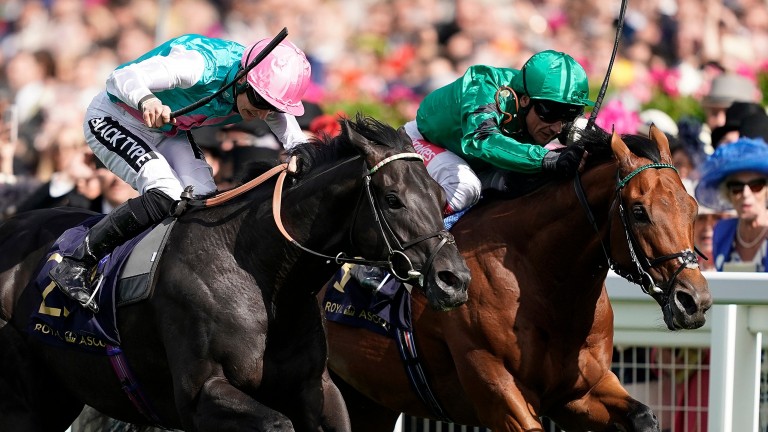 Can Biometric spoil the party once more?

Frankie Dettori was famously denied his five-timer at Royal Ascot by Biometric in the Britannia Stakes, and Khalid Abdullah's colt is back for more here.

Harry Bentley is again on board Biometric, whose form is not just all about Royal Ascot. He has been beaten only once in four starts since making his debut in April and that was a close affair when trying to give weight away to Nahaarr at Lingfield.

Trainer Ralph Beckett said: "He's in good shape. The five or six weeks since Ascot have done him good because he had quite a lot of racing in a short space of time. He's done well to get here and now we’ll find out if he can go a bit further."

Will blinkers work their magic again for Duke?

Duke Of Hazzard was good enough to finish less than five lengths fifth to Persian King in the French 2,000 Guineas and backed that up with a decent showing in the Jersey Stakes at Royal Ascot.

But it took the fitting of blinkers to tap into the reservoir of his potential as he surged clear to win the Listed Sir Henry Cecil Stakes in style from Momkin, who reopposes, at Newmarket last month. 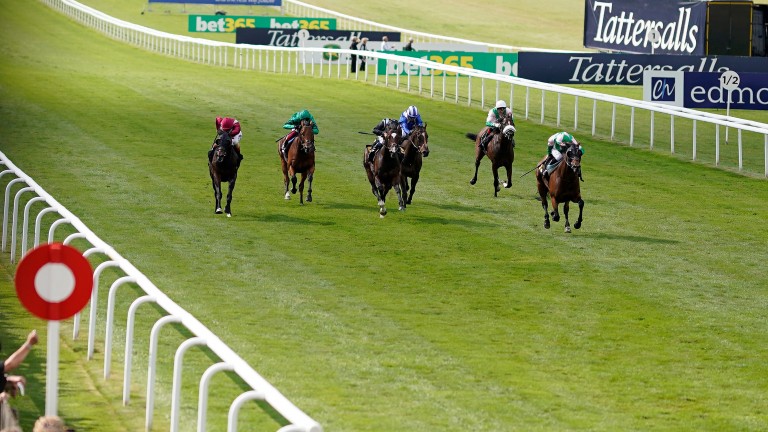 Oliver Cole, assistant trainer to father Paul, said: "He came out of his last race really, really well and we’re expecting him to run a big race.

"What amazed me at Newmarket was the way he showed a tremendous turn of foot after an effort to get him settled.

"We've always thought a lot of him. The blinkers helped him last time. We hope the blinkers will have the same effect and I think they will."

PJ McDonald, on board for the first time at Newmarket, rides again at a track where Duke Of Hazzard won on his sole visit last season.

Charlie Appleby, trainer of Art Du Val
He’s progressed with each run and goes into this race on the back of a nice win in France. This is a step up in quality but he has done little wrong so far and deserves a crack at a Group race.

Roger Varian, trainer of Turjomaan and Fifth Position
Turjomaan has only run in novice company but the trip and ground will suit and he’s a smart prospect. Fifth Position's form is fairly solid. He’s run some good races, the mile will suit, he has a good draw and he should run a nice race.

Roger Charlton, trainer of Momkin
He’s in good order and the course will suit. He had every chance at Newmarket last time but Paul Cole’s horse looked better on the day. He also ran well in the Jersey and he’ll go there with an each-way shout.

Aidan O’Brien, trainer of Old Glory
He lost out narrowly in a Listed race at the Curragh last time. He came out of the race well and we think he's improving.

FIRST PUBLISHED 6:00PM, AUG 1 2019
We're putting on cheekpieces to let him roll along