Cowell: Evergate still ahead of the handicapper 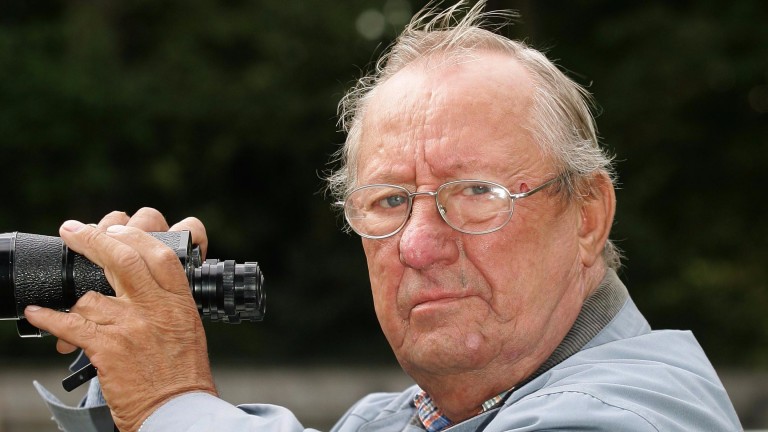 The luck of the draw has gone to Rosabelle as she is berthed in stall one and looks well placed to extend her record to three wins from four runs on the Roodee.

A dislike of the all-weather means she returns from a lengthy absence and a lack of match practice appears the only concern trainer Alan Bailey has for his speedy daughter of Mayson.

Her one defeat at Chester came last August at the hands of Partitia, who renews rivalry, although Sir Michael Stoute’s filly is 3lb worse off at the weights here.

Rich And Famous has looked progressive in two starts this season and would no doubt have been a warm order had he not been drawn wide in stall eight.

Copper Knight and Evergate used to be stablemates when trained by Hugo Palmer but have both been rehomed since last season. Copper Knight ran a close second on debut for Tim Easterby last time, while Evergate looked a little unlucky not to score when runner-up at Bath on his second start for Robert Cowell.

Richard Hannon, trainer of Tomily
He has plenty of speed and should have no trouble dropping back to five furlongs. He’s been running well on the all-weather and went close on finals’ day. The ground won’t matter too much and he’s drawn well with Ryan Moore in the saddle.

Charlie Johnston, assistant trainer of Rich And Famous
If he’d been drawn one to four he’d have taken a bit of beating. You need a lot of luck from stall eight, but he’s got loads of speed and Joe Fanning thought he’d be better coming back to five furlongs. If we get the rub of the green it’s not impossible, but the draw makes life harder.

Alan Bailey, trainer of Rosabelle
She doesn’t go on the all-weather so this is the first race for her. She’s never run a bad race at Chester and has the best draw. The ground will not bother her, but she might just need it.

Tim Easterby, trainer of Copper Knight
He’s fast, likes the track and likes the ground and I think he’ll run well from a good draw.

Richard Fahey, trainer of Megan Lily
We’re happy with her but we’ll see how she fares off her mark. She’s got a good draw and has shown she likes the track.

Robert Cowell, trainer of Evergate
He’s progressive and probably hit the front too soon at Bath last time. He’s probably still ahead of the handicapper and looks a real good horse in the making.