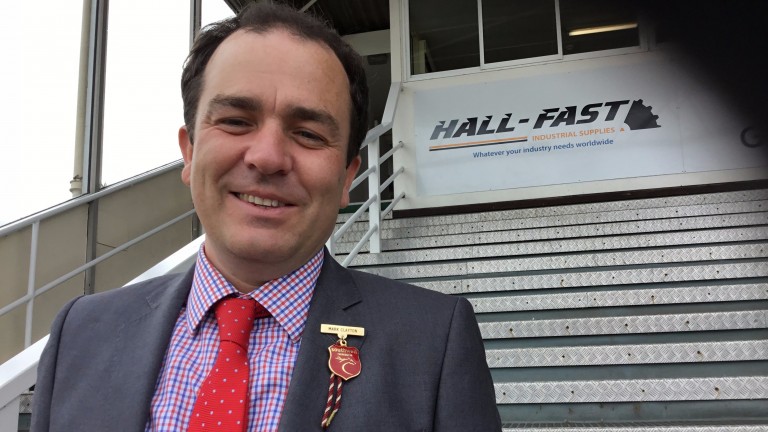 Mark Clayton: excited by plans for racing under floodlights at Southwell
David Carr
1 of 1
By David Carr 3:27PM, JUL 17 2018

Southwell will take a big step towards the introduction of racing under lights on Monday when work will begin on installing the floodlight pylons.

The hope is that they will be in operation as early as January, when the track joins Chelmsford, Kempton, Newcastle and Wolverhampton in staging night racing under artificial illumination.

Planning permission was granted last autumn and executive director Mark Clayton revealed on Sunday: "The poles arrive tomorrow. There are 60-plus of them and they're coming from America - they're from Musco Lighting, who did the Etihad Stadium, Twickenham and Newcastle racecourse.

"We'll be the first course in Britain using digital LED lights. They're a bigger initial investment but are more directed, there's far less light spill and they're cheaper to run."

The project is being run by Stobart Rail, the team who also worked on the redevelopment of Southwell's sister Arena Racing Company track Newcastle.

"The first jobs are digging the pits, laying the foundations and doing the duct work under the course," continued Clayton.

"We can race while the work is under way and they'll be finished for January – it's looking as though we'll have a meeting under floodlights in mid-January.

"The planning application allows us to have 20 floodlit meetings a year and, subject to the fixture list, we hope to have our full allocation in 2019."

FIRST PUBLISHED 4:42PM, JUL 15 2018
We will be the first course in Britain using digital LED lights