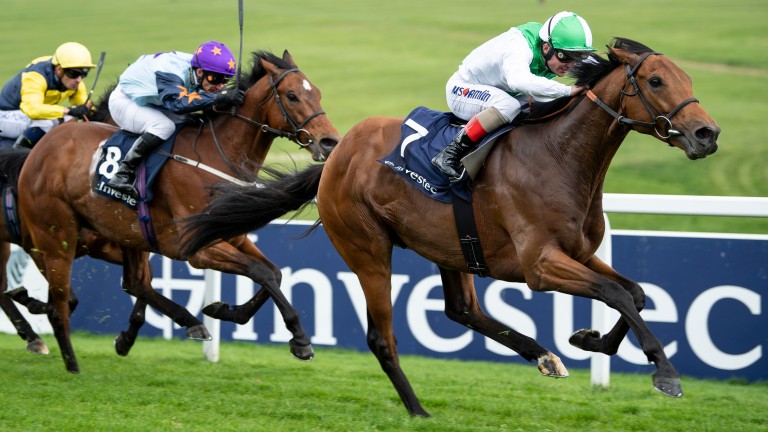 Dual Epsom winner Mountain Angel is bidding for his biggest victory
Edward Whitaker
1 of 1
By David Carr UPDATED 7:13AM, JUL 13 2019

Varian hopeful plan can come together

Nobody can say they are surprised to see him here – nor should they be at all shocked if he makes off with first prize.

Mountain Angel has won two valuable handicaps at Epsom this season and both times he was nominated afterwards as a likely candidate for the John Smith's Cup by Roger Varian.

The trainer knows what he is talking about, having won this £200,000 event with the similarly late-blossoming five-year-old Farraaj in 2014.

And Mountain Angel hinted at a future outside handicap company when finishing fifth in a high-class running of the Listed Wolferton Stakes at Royal Ascot, despite meeting trouble early on.

"It was a huge run at Ascot, probably a career best," said Varian. "He just didn't start well and that ten-furlong trip at Ascot is brutal if you don't get it right but he made up a lot of ground in the straight.

"I'd be very positive about his condition and chance, the only thing he's got to prove is that he's as effective on fast ground at a flat track. If he is, I think he'll run well. If I had the choice I think I'd choose good to soft over good to firm.

Stylehunter to benefit from step up in trip

Stylehunter, a son of Breeders' Cup Classic winner Raven's Pass, who also carried the colours of Princess Haya, shaped as though he would benefit from a step up in trip when a running-on fourth in the Royal Hunt Cup over a mile at Royal Ascot.

He won over 1m2f at Lingfield last season and is only John Gosden's second runner in the race in the past ten years.

The first was Beachfire, who finished fourth in Princess Haya's colours in 2011, and the trainer said: "Stylehunter ran a cracker in the Hunt Cup. He's well drawn and the step up in trip should help him."

Afaak back to build on Hunt Cup triumph

Starting widest of all is a concern for Afaak but at least he has made it to York – 12 months late.

He was a big fancy for this after finishing second in the Royal Hunt Cup last year, only to be forced out on the eve of the race when he scoped badly.

But the five-year-old is better than ever now and showed how effective he is with a big field and a strong pace, as he went one place better in the Royal Ascot cavalry charge last month, just holding on by a nose. 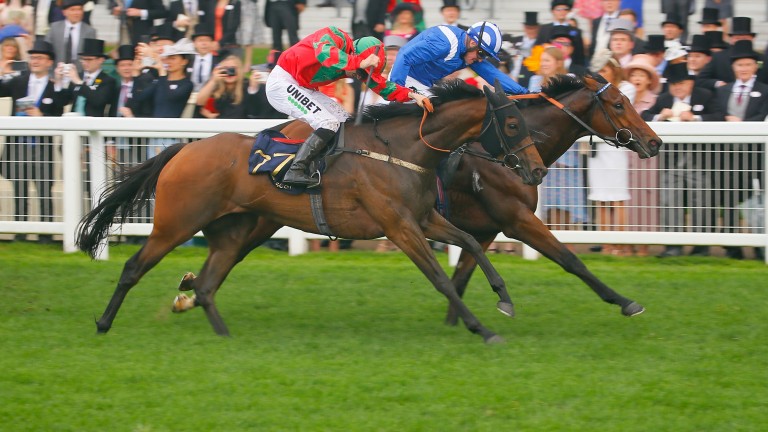 He is reported in good shape for the step back up to 1m2f, and trainer Charlie Hills said: "We've been happy with him ever since Ascot and this is the obvious race for him.

"The draw doesn't look great but they seem to come up the middle now, which might make it a bit easier. The longer trip and the ground shouldn't be a problem and he likes this sort of race."

Group 1 prizes may be the ultimate ambition for Godolphin trainer Charlie Appleby but he has a fine record in big handicaps too.

He has won two Lincolns, a Victoria Cup and a Northumberland Plate in the last three seasons, not to mention the Melbourne Cup, the world's biggest Flat handicap.

"He's come out of his last start well and he's got a nice, progressive profile," Appleby said.

"He should be very competitive. They're going to go a decent gallop and he travels very well through his races – this is a race we've had in the back of our minds for some time now and he goes there in good condition."

Simon Crisford, trainer of Mordin
We’re looking forward to it. The horse is approaching the race in good form and we’re very pleased with him. The rating he has makes life tough for him in handicaps. It's hard for him to be winning but he deserves to take his chance.

Andrew Balding, trainer of Pivoine
He won at the Ebor meeting and a reproduction of that on the same track would see him go well. He seems in good form.

Alan King, trainer of Scarlet Dragon
He's had a decent break and he's in good order for his return but I'm not sure whether or not the trip is on the short side.

David O'Meara, trainer of Waarif & Fayez
Waarif has got a poor draw but he'll run his race, he's very consistent. Ripon seems to bring out the best in Fayez but he's in good form and the trip and ground will be fine for him.

Keith Dalgleish, trainer of What's The Story
He's in good form and I'm happy with him. His best form is at a mile but he has bits and bobs over a mile and a quarter, he has a nice draw and we'll ride him to get the trip and see how he gets on.

William Haggas, trainer of My Lord And Master & Big Kitten
We've got to get My Lord And Master going somewhere and this looks the right race for him. He's fresh and well and we're looking forward to seeing him back. I haven't found the key to Big Kitten yet but he's been working nicely and has a good race in him.

Kevin Frost, trainer of Francis Xavier
I'm hoping he’s better than a handicapper – he didn't show that at Goodwood but he came home ill and was all wrong there. He's bouncing now – like a raging bull. A strongly-run mile and a quarter will be right up his street. I know this is a better contest but he tanked through the race when he won over course and distance last year.

Jedd O’Keeffe, trainer of Jazeel
He's in great shape. We needed the 5lb penalty to get in and he's 3lb wrong because he only went up 2lb so we're negating that with Sean's 3lb claim. Ground, trip and track will be fine and he's definitely better with a strong pace to aim at so we're looking forward to it but fully understanding it will be tough.

FIRST PUBLISHED 6:00PM, JUL 12 2019
I'd be very positive about his condition and chance

Mohaafeth bidding for redemption for William Haggas after late Derby withdrawal 'Challenging horse' Kemari solves his trickiness puzzle with impressive success Connections look to Goodwood with Battaash after 'leg-weary' Royal Ascot fourth Varian has 'ambitious plans' for Line Of Departure after cool Listed success Matt Chapman, after-timers and more: the ten most annoying things in racing 'I'm looking for a big show from him - he's a serious each-way player'