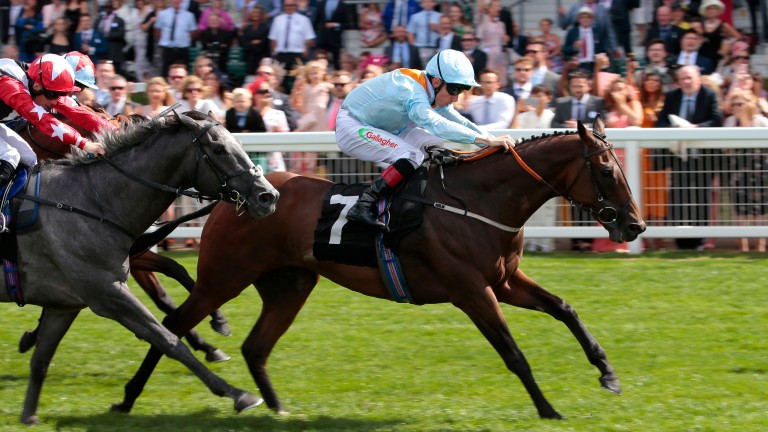 The six-year-old, now rated 18lbs higher than last season, won the Bunbury Cup at Newmarket earlier this month, which he followed up with victory in the International Stakes on Saturday.

The ground looked to have gone against Burnt Sugar, but following his 20-1 Ascot success, trainer Roger Fell was keen to step him up to pattern class on Arc day.

"We might as well give the big races a go. We've got a horse whose won a quarter of a million in three races. He doesn't owe anyone anything. 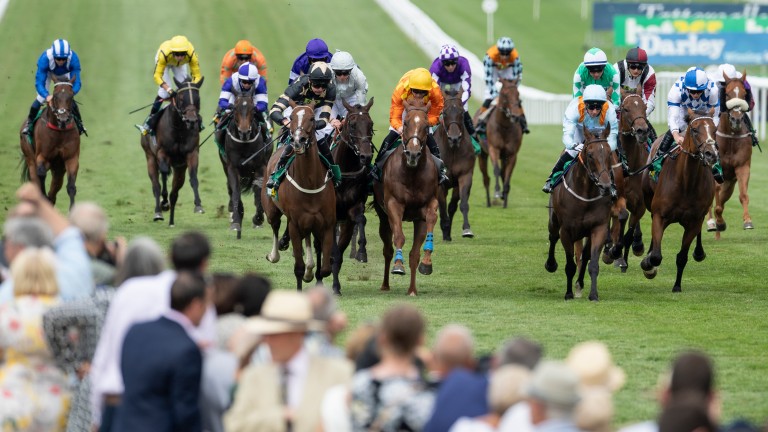 Burnt Sugar (Paul Hanagan, pale blue and orange) winning the Bunbury Cup
Edward Whitaker (racingpost.com/photos)
"To me the horse wants, and should be better, on soft ground. It amazed me when he won yesterday. Shane Kelly told me he had more gears than he'd shown at home.

"We've got him in spa treatment and I think he's improved on that ground because his joints are feeling better."

Burnt Sugar has only raced twice over six furlongs, but could next be aimed at Ayr's Gold Cup.

Fell added: "There are different places we could go, but I think it's worth having another stab at a good handicap such as the Gold Cup, especially if it went soft and off a really fast pace.

"In the Group races it's not quick, it's tactical. In handicaps they go off really fast and it can just fall in your lap."

FIRST PUBLISHED 5:51PM, JUL 29 2018
It amazed me when he won yesterday. Shane Kelly told me he had more gears than he'd shown at home.

Musselburgh to host 250 racegoers in tentative start to Scottish reopening Fallon to give up York rides to partner The Lir Jet in French 2,000 Guineas Final Reminder strikes at 50-1 on 'last chance' for Nick Alexander