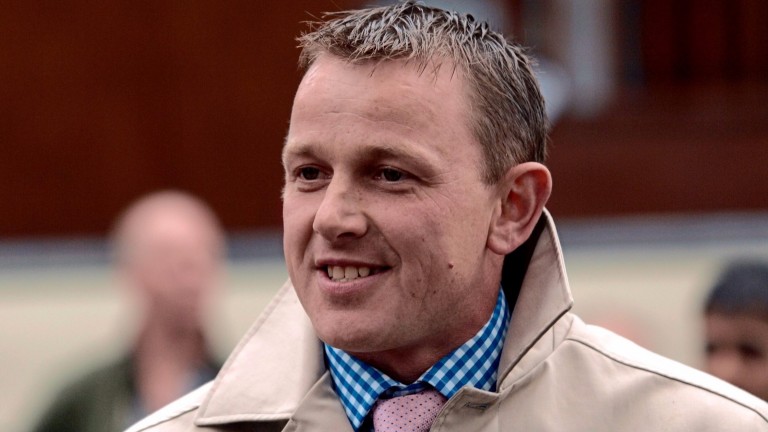 Phil McEntee combined with daughter Grace to win the 6f handicap with Rockesbury
1 of 1
By Charlie Huggins 6:30PM, JUN 9 2021

Just 23 and a half hours after finishing fifth in a 7f handicap at Wolverhampton, the Phil McEntee-trained Rockesbury, ridden by his daughter Grace, came out on top in the 6f handicap, edging out Lincoln Red and jockey Jack Mitchell in a photo.

Newmarket trainer McEntee, who was winning the race for the third time since 2017, explained the thought process behind the quick turnaround.

He said: “When these all-weather tracks get as warm as they do they’re totally different to what they’re like in the winter. He never went a yard at Wolverhampton.

"Phil and Rita Baker, who own him, convinced me to run him as Yarmouth is their local track.

"We’ve been going there for years with their horses and that’s their first winner at Yarmouth. I am delighted we made the decision, and delighted for Grace to get another win as well."

On the tight finish, McEntee added: “It didn’t look like he had won and the owners thought he’d got beat. Jack Mitchell was giving it large, Frankie Dettori-style, so Grace thought she was beat too."

Charlie Fellowes and Hayley Turner teamed up to score with another 33-1 winner as Shamfizz took the 7f fillies' maiden.

The pair combined to win the Sandringham Stakes at last year's Royal Ascot meeting with 33-1 shot Onassis, who is entered in next week's Duke of Cambridge Stakes

Shamfizz was scoring on her seasonal debut after almost ten months off the track on her first try at 7f.