News THREE THINGS TO LOOK FOR

Robin Of Navan starts new campaign with yet another French adventure 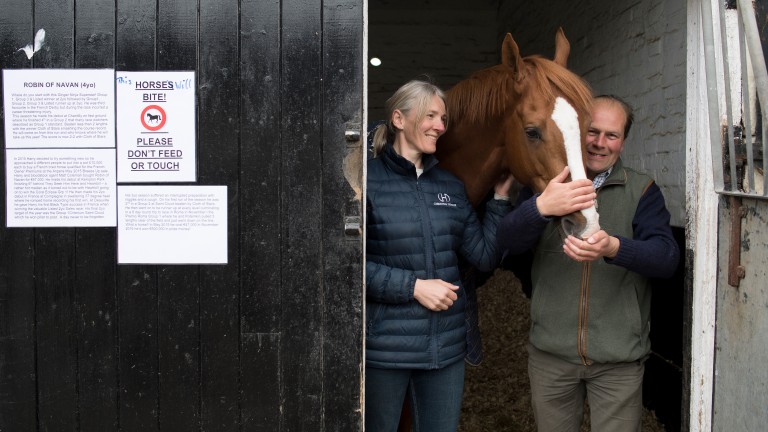 Robin Of Navan is trained in Lambourn with a reputation forged in France, where Harry Dunlop takes his money-spinning stable star for an early start to his five-year-old season on Tuesday.

As many as 13 of Robin Of Navan's 20 starts have been across the Channel, a journey he will undertake again to tackle the Prix Montjeu on Chantilly's Polytrack circuit.

The mile race has attracted only four runners but includes Trais Fluors, a Group 3 winner for Andre Fabre, whose last two starts were in Group 1s – the Prix Jean Prat, in which he finished second, and the Jacques Le Marois (fourth).

Dunlop said: "We've been very lucky with Robin Of Navan in France, where he's won a lot of money.

"It's a funny little race with four runners and obviously a Dubai trial. We do have the option of going to the Dubai Turf but, to be honest, we thought this was a nice race to run him in on its own. With the premiums it's worth €30,000 to the winner and I want to start him on some decent ground.

"The Andre Fabre horse [Trais Fluors] is pretty good but hasn't run for a while. I wanted to get him out and see how he gets on over the mile. He likes Chantilly."

Dunlop has the Group 1 Prix d'Ispahan, in which he finished a neck runner-up last year, as an early turf target for Robin Of Navan.

"I'd love to go back to the Prix d'Ispahan again and the Earl of Sefton is another option for him," he said.

"We gave him a break after Hong Kong but he came to hand quite nicely. We were thinking about running in Qatar but decided it wasn't quite the right thing to do and have gone for a smaller option."

Robin of Navan getting ready for his first race at Chantilly on Tuesday great job by my staff and the @LambournGallops team in keeping the show on the road during this tough weather pic.twitter.com/FtMhcXsZZT

Provided his veteran partner is none the worse for Sunday's victory, Theodore Ladd will get the chance to complete a hat-trick on 11-year-old Cousin Khee at Southwell.

The pair have recorded back-to-back wins in 2m2f handicaps by three and six lengths respectively, and carry a 6lb penalty for the latest victory into the 1m6f handicap (3.20).

Trainer Hughie Morrison said: "I thought he gave him a very sensible ride. He had a bit of criticism the previous day [at Lingfield]. The last two times his timing has been excellent, he didn't panic and didn't use the whip. He has shown lots of enthusiasm."

He added: "Cousin Khee is wrong with Katie Gale and Samtu beat him previously, but he obviously loved it on Sunday. There is a big difference between 1m6f and 2m2f for an ageing horse whose engine is getting slower.

"I'll see how he is in the morning but he's the sort of horse you have to run when well because he has always had feet which bruise easily, so we have to strike when the iron is hot." 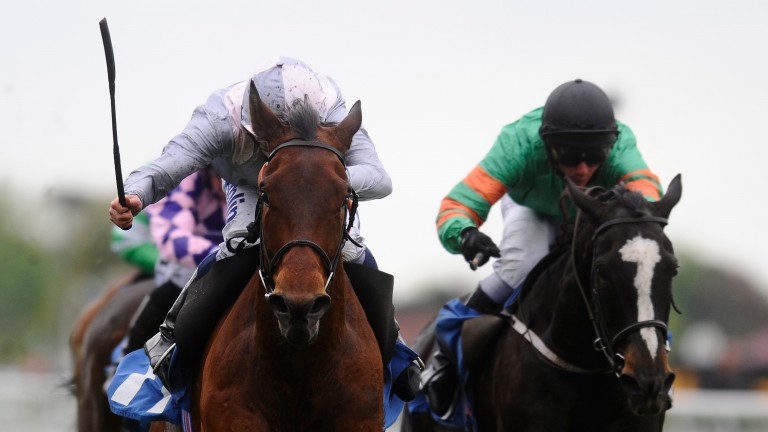 Both Mister Music's wins have been over 7f at Southwell but he's now stepped up to a mile by trainer Tony Carroll.

"I can't understand why it's taken me nine years to run him there," said Carroll. "I don't think the step up to a mile will be a problem – in his younger days he had form over the distance.

"Aled [Beech] gets on very well with him and he's clearly in good form round there. It's nice to find somewhere he enjoys racing."

Avocet was a three-length scorer at Chelmsford, five days after winning at Southwell by six lengths last month.

Her trainer Olly Murphy said: "She's been a bit of a revelation. She's stepping up in grade but has won very well the last twice. Luke Morris thinks she's better round Southwell than anywhere else.

"She does look like she's improving. If she doesn't win she'll go very close. She's also in at Kempton on Wednesday in case she wins again."

FIRST PUBLISHED 6:00PM, MAR 5 2018
The last two times his timing has been excellent, he didn't panic and didn't use the whip. He has shown lots of enthusiasm