Delight for Dunlop as Robin Of Navan rules at Chantilly 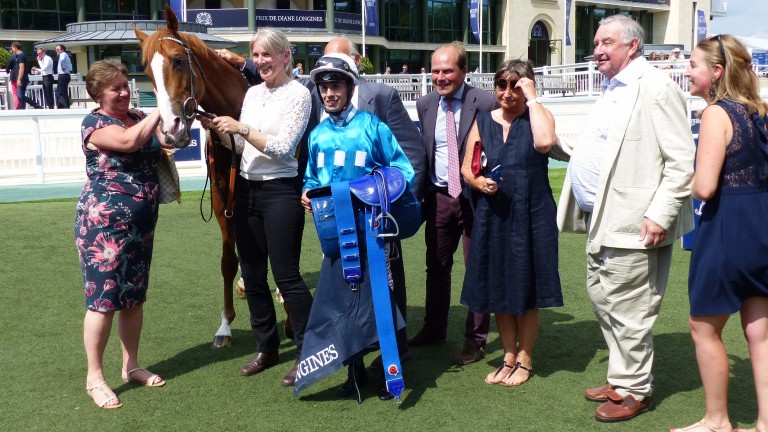 The gang is all here: Robin Of Navan continued his love affair with France in landing La Coupe Longines at Chantilly on Saturday
Racing Post / Scott Burton
1 of 1
By Scott Burton 5:34PM, JUN 17 2017

Robin Of Navan will be stepped back up in class, as well as potentially in trip, after backing up his recent fine run at Group 1 level when justifying favouritism in Saturday's Group 3 La Coupe Longines at Chantilly under Cristian Demuro.

In the process the Harry Dunlop-trained four-year-old boosted the Prince of Wales's credentials of Ispahan conqueror Mekhtaal, while the close-up third that day, Usherette, also heads to Ascot for the Duke of Cambridge Stakes.

For once spared the role of setting his own pace by the freewheeling German-trained challenger Shutterbug, Robin Of Navan was sent to win his race turning into the straight and ran all the way to the line to hold Garlingari by half a length, while the Chris Wall-trained First Sitting ran on to take third.

"It's great to see him win after running such a super race the other day," said Dunlop.

"He's changed my life really because I knew nothing about French racing three years ago and he's been a superstar. Excitingly, Cristian said he thinks he can go a mile and a half, which opens up many more options. The Grand Prix de Saint-Cloud is only a couple of weeks away so I don't know about that."

Corine Barande-Barbe declared herself delighted with Garlingari, who was running for the first time since finishing seventh in the Hong Kong Vase last December, and may contest the Grand Prix de Vichy before heading back up the pyramid.

Wall was also pleased with First Sitting, who was stepping up from a Listed win under Gerald Mosse at Goodwood.

"Gerald said he found the ground a little bit firm and was hanging a bit, but he has hit the line running and on better ground I wouldn't mind taking on the ones in front of us again," said Wall. 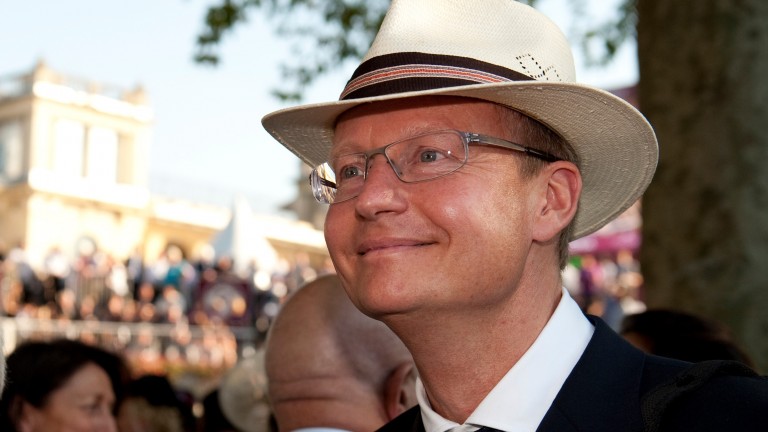 Trais Fluors made it four wins from as many starts when surging to a length success in the Prix Paul de Moussac over Stunning Spirit, the same horse he beat when the pair made their debuts at Maisons-Laffitte last October.

Haras de Saint-Pair's homebred son of Dansili, trained by Andre Fabre, looks a miler to follow after settling matters with a telling burst of speed around a furlong out under Vincent Cheminaud.

"He has a real urn of foot and I think he's still progressing," said owner Andre Putsch. "The logical next step is the Prix Jean Prat.

"I don't know whether he'll get further in time but there's no need to find out just yet. I think he'll make a really good four-year-old next year."

FIRST PUBLISHED 5:34PM, JUN 17 2017
Cristian said he thinks he can go a mile and a half, which opens up so many more options