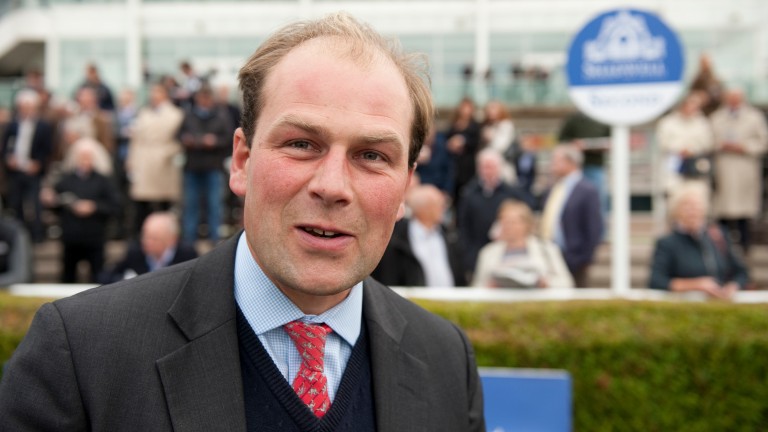 Harry Dunlop: saddles his first runner in Italy with Robin Of Navan
Edward Whitaker
1 of 1
By Guy Butchers 3:48PM, NOV 6 2016

Harry Dunlop breaks new ground today as Robin Of Navan, ridden by Cristian Demuro, becomes his first runner in Italy when he takes on eight others competing for a total of €275,000 in prize-money.

Robin Of Navan is no stranger to foreign climes having picked up his four wins in France, and he will certainly appreciate the rain-softened ground he is likely to face in Rome.

He signalled a return to form when beaten narrowly by Kourkan at Maisons-Laffitte last time and can be expected to be involved where it matters.

However, this race is no easy pickings and he faces serious opposition from France, Germany and Italy courtesy of the Andre Fabre-trained Elliptique, recent Group 2 winner Potemkin and to a lesser extent Voice Of Love, Grade 3 winner on his last start.

Richard Hannon is represented earlier on the card with Devil's Bridge. He faces six rivals in the Group 3 Premio Guido Berardelli as he bids to add a second Italian Group race victory for owner Middleham Park Racing this autumn.

Devil's Bridge boasts a consistent record, and he is sure to run well in an open-looking 1m1f contest, in which unbeaten the Stefano Botti-trained duo Amore Hass and Holy Water arguably have the best public form.

FIRST PUBLISHED 3:48PM, NOV 6 2016
He will certainly appreciate the rain-softened ground he is likely to face