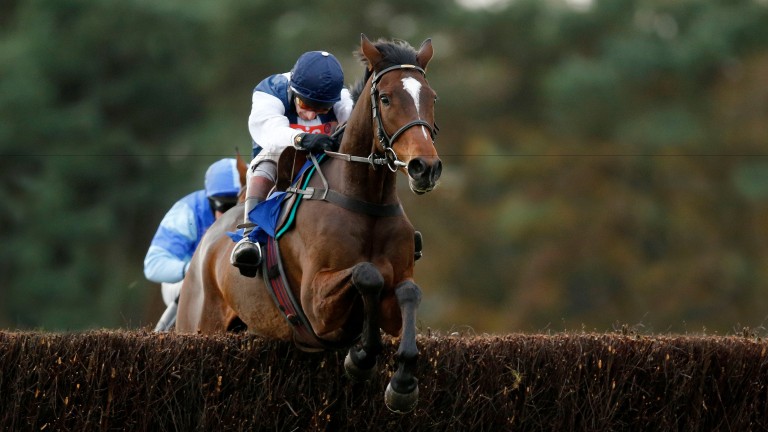 Trainer Robert Walford could yet have his first Randox Health Grand National runner this year, with Silver Cup third Walk In The Mill now within tantalising reach of the top 40 runners following the latest round of forfeits.

Initially down near 70 on the list of entries once the weights were published, comfortably outside the number which got in last season, Walk In The Mill looked unlikely to make the cut, but is up to 51 now and needs just 11 above to come out between now and April 14.

Walford, while hopeful, was keen to manage expectation. "I'd say we were no better than 50-50," he said.

"A lot came out at the last forfeit stage, but you can never tell if that means anything: if you're still in now, are you probably an intended runner? I wouldn't know, I've never had an entry in the race before, let alone a runner."

He added: "It's still very much the intention to run in the National if he makes the cut. If he doesn't, we might consider the other Grade 3 handicap chase on the same card, but probably only if it's soft.

"He handles top of the ground, but Aintree's a sharp track and I'm not sure that'd be the ideal combination. There's always races like the Whitbread if he doesn't make it into the National."

Walk In The Mill has improved after being upped to three miles this season, winning at Ascot in November before finishing third in the Silver Cup, beaten just four lengths behind Gold Present and Frodon with the likes of O O Seven, Singlefarmpayment and Yala Enki behind. He was pulled up in gruelling conditions in the Peter Marsh at Haydock on his only start since.

The 66-1 shot is owned by Baroness Harding, who also owned 1997 Silver Cup winner and 1998 Gold Cup winner Cool Dawn, who was put down at the age of 30 over the weekend.

She added: "I've only had three horses under rules, one of them won a Gold Cup and the other might just get a run in the National. But I can't take any of the credit. It was all Robert Alner, he bought them both.

"We've stepped up Walk In The Mill in trip this year and he looks like he'll stay forever. He's a good jumper, too, hopefully just right for Aintree. We're hoping to get in and Rob sounded more hopeful when I last spoke to him than he had been before."

Derek Fox, who triumphed on One For Arthur last April, has been given a narrow reprieve after receiving a totting-up ban.

Fox, who committed a fifth breach related to his use of the whip in the last six months at Ayr earlier in the month, was handed an 18-day suspension, starting on March 31, with six days suspended for two months.

That leaves him free to return to race riding on April 13, the day before the Grand National. Fox is currently without a national ride with One For Arthur out for the season. One of his main Aintree mounts could be in the Topham on Imjoeking, who he was riding when he committed his latest infringement.