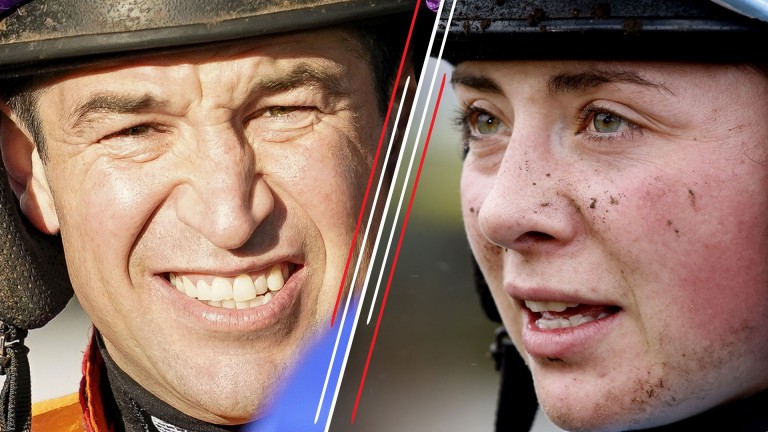 Robbie Dunne was banned for 18 months after being found guilty of bullying Bryony Frost
1 of 1
By Peter Scargill UPDATED 8:27PM, JAN 6 2022

Robbie Dunne’s bullying and harassment of Bryony Frost was carried out with “deepening spitefulness” that had an “increasingly chilling effect upon its victim”, according to a report released on Thursday, in which two cases of “intimidatory” riding were cited as being key components in the jockey being banned for 18 months.

The independent disciplinary panel outlined in written reasons its decision on why Dunne’s riding in two races at Leicester and Market Rasen in 2020 had been conducted in a way to “intimidate” Frost, and that they were not bound by the fact raceday stewards had “not identified poor riding” in each case.

The BHA said it would “carefully consider all points raised by the panel” with stewarding in Britain also coming under the spotlight last month when Freddy Tylicki was successful in his claim against Graham Gibbons over his riding at Kempton in 2016 in which Tylicki was left paralysed by a fall, despite stewards ruling the incident was accidental.

During Dunne’s hearing, races at Leicester on February 13, 2020, and Market Rasen on July 27, 2020, were reviewed, with the BHA’s legal counsel outlining that the second occasion was the moment when it became apparent to Frost that Dunne “was bullying her”.

At Leicester, the panel said Dunne’s riding showed “a deepening culpability, now extended to actions on the racecourse” after his horse, Lickpenny Larry, had jumped left on three occasions down the back straight when in close proximity to Frost on This Breac but straight otherwise, tactics the panel found deliberately intimidatory.

Who is Robbie Dunne? From struggling conditional to weighing room 'enforcer'

At Market Rasen, which had followed an incident at Stratford in July 2020 where Dunne had allegedly called Frost a “f****** slut” and a “dangerous c***”, the panel deemed the jockey had again ridden in a way to “intimidate” Frost.

During her evidence, Frost had said Dunne’s manoeuvre aboard Buyer Beware to put pressure on her and her mount Wisecracker rounding the home turn was unusual.

“I don’t see a reason for that aggressive riding,” she said. “You shouldn’t be putting weight on a horse like that around the bend – the jockeys in front of me weren’t doing that.”

The panel noted the replay showed the rail bending twice as a result of Dunne’s move and that the horses around Dunne and Frost were not being ridden in the same manner.

The panel did not find that stewards had failed to identify breaches of the rules relating to riding in both races – only that there had been "poor riding" – while the BHA said following the Tylicki case that a new model of stewarding had been introduced since 2017. 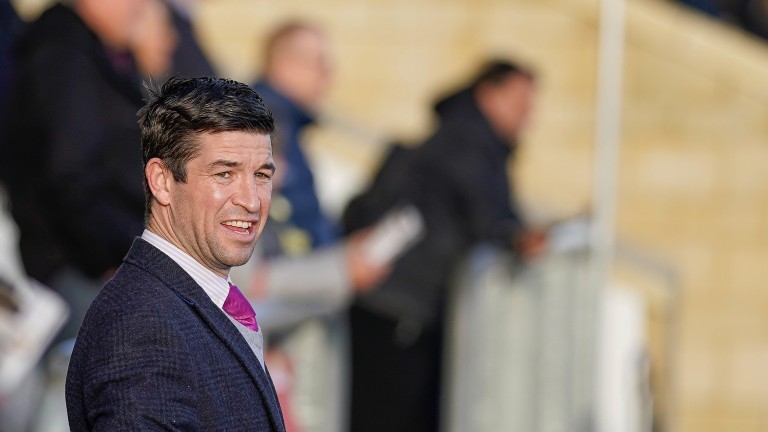 Commenting on the written reasons for the Dunne verdict, a BHA spokesman said: “We are grateful to the disciplinary panel for their work on this case and acknowledge the remarks made in their written reasons. Stewarding is an area we constantly monitor and, as part of our work to learn all lessons from this case, we will of course carefully consider all points raised by the panel.

“The case shone a light on issues around conduct within the sport, which the panel also referred to in their findings. Following the conclusion of the case the sport’s main member bodies came together to issue a joint statement around the importance of behaviours, and a commitment to form a cross-industry working party to improve education and training around conduct. The full membership of this working party and its initial plans will be confirmed in the coming days.”

Dunne was found guilty of four breaches of rule (J) 19 relating to conduct prejudicial to the integrity, proper conduct and good reputation of racing between February and September 2020, which culminated in the rider’s “promise” to Frost that he would “put you through a wing” after a race at Southwell.

As part of the summary of its decision to suspend Dunne for 18 months, three of which are suspended, the panel wrote: “The matters proved were consecutive, occurred over six months, as time went by deepening in spitefulness, and consequently the words and acts achieving the increasingly chilling effect upon the victim which Mr Dunne intended.

“As well as falling foul of the regulations as pleaded, such behaviour, from someone who presented himself as one of the elders of the sport, setting standards and allegedly offering wise counsel to junior jockeys was hypocritical.”

Dunne has seven days from the publication of the written reasons to appeal. His legal team had indicated this was a strong possibility on the day of the verdict last month. Neither Dunne nor his solicitor were available for comment on Thursday.

In a postscript to the written reasons for its judgement, the panel addressed what it felt was the gravity of the case against Dunne and the 'culture' of the weighing room, which came under considerable scrutiny in the hearing and the days following the verdict.

The panel wrote: “In this case we were not troubled by any borderline decision on either guilt or sanction. The threshold in rule (J)19 was plainly crossed and this case overwhelmingly called for a penalty of some potency. In future hearings, however, the decision might be less clear cut.

“As part of our inquiry, we had to consider the culture, as it was often described, among the community of professional jockeys or in the weighing room. As these reasons show, we had some concerns about it. Our role was to inquire into the conduct of Mr Dunne. It is for others to reflect upon more general matters.”

The decision of the panel, formed of Brian Barker, James O’Mahony and Alison Royston, was laid out at the foot of the near 11,500-word written report. In seven paragraphs, the panel detailed why Dunne had been found in breach and why he had been given his penalty.

141. This was deliberate, unwarranted targeting of a colleague over a considerable time. Mr Dunne’s words, and behaviour, were wholly inappropriate for a professional athlete in an equal opportunity sport and would not be tolerated in any other walk of life or workplace.  Expletives in the heat of the moment are one thing, but expressions such as “I am going to hurt you” and/or “I’ll put you through a wing” have dark implications. The context of this case moved the effect beyond that of mere words.

142. There was little, if any, indication of Mr Dunne’s understanding. There was no expression of remorse. The defence involved calculated attacks in various directions. The plea entered was so limited by comparison to the conduct found that it attracted neither credit nor reduction.

143. We took into account matters submitted in mitigation and the evidence of Mr Dunne’s character witness. We reminded ourselves, in his favour, that some at least of the facts found involved Mr Dunne operating within a culture approbated by his peers. Observers observed without intervention. If this is the weighing room culture, then it is out of step in equal opportunity race-riding. We were scrupulous to avoid treating Mr Dunne as the sole individual finding the impugned behaviour acceptable.

144. A financial penalty was wholly insufficient to meet the justice of this case. Suspension of licence was inevitable. The matters proved were consecutive, occurred over six months, as time went by deepening in spitefulness, and consequently the words and acts achieving the increasingly chilling effect upon the victim which Mr Dunne intended. As well as falling foul of the regulations as pleaded, such behaviour, from someone who presented himself as one of the elders of the sport, setting standards and allegedly offering wise counsel to junior jockeys was hypocritical.

145. The events at Southwell were the gravest. The proper approach was to fix a cumulative period and to impose it concurrently for each offence.

146. Given the context, the entry point in the Guide to Penalties and Procedures did not bear on this case. Whatever the pressures and dangers of racing, and whatever the traditions of the weighing room, Mr Dunne’s conduct had no place in it. The strikingly aggravating feature was the determined consistency, in the knowledge that Ms Frost could not prepare herself for what would come next, as she was unable to predict what or where it would be.

FIRST PUBLISHED 10:29AM, JAN 6 2022
I don't see a reason for that aggressive riding. You shouldn't be putting weight on a horse like that around the bend