Rob Hornby is keen to keep his partnership with William Hill St Leger hope Technician intact as he eyes another ride in Britain's oldest Classic at Doncaster next month.

Having ridden in the race for the first time last year aboard Maid Up, Hornby would love to have a second crack at a Classic and a third at a Group 1, and could do so aboard Geoffrey Freer winner Technician.

The son of Mastercraftsman delivered a career-best performance at Newbury last time when winning the Group 3 and is around 16-1 for the St Leger.

Hornby's association with Technician's trainer, Martyn Meade, has blossomed with the jockey delivering eight winners from 53 rides for the yard in 2019. 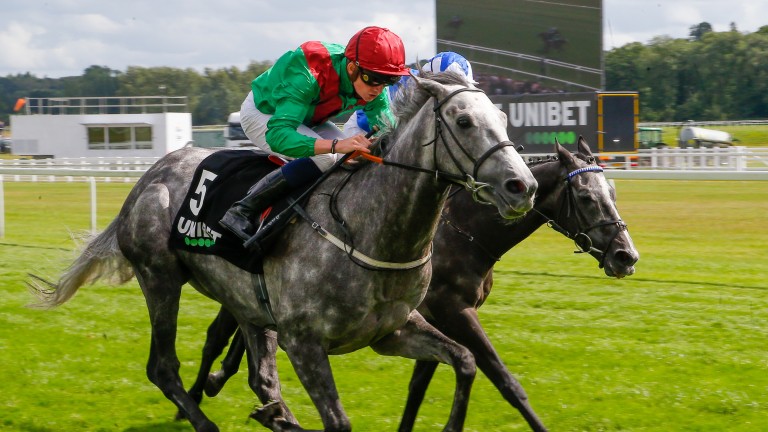 Hornby, 24, said on Tuesday: "The connection with the Meades has worked out really well. We have a good relationship, they've got a lovely bunch of horses and it's a yard that is moving forwards.

"They can always look at using the bigger boys but it was nice they gave me the opportunity to prove myself and it's nice that it all worked out well [at Newbury].

"It's difficult to look away from the likes of Frankie [Dettori] and Oisin [Murphy], particularly with how they're riding, but I know the horse well and I've given myself every chance."

Meade will talk to American owners Team Valor on who should ride Technician at Doncaster, but said: "I'll have to consult with the owners but my recommendation is Rob gets on well with the horse so there shouldn't be any reason why he wouldn't ride.

"Rob is a great sportsman who rides well and is a good communicator. I'm very pleased he's able to ride so many for us."

Hornby thinks Technician has plenty more to offer. "It's hard to know how good he is. He's lightly raced and I thought he did it quite cosily at Newbury. I think he'll come on for it again," he said.

"Doncaster is very similar to Newbury as it's a nice, flat track and you get lots of time in the straight. The trip is definitely key to him. Slower ground isn't vital, he wouldn't want it very fast but it's more that he'd handle it better than the others."

Another product of Andrew Balding's finishing school for apprentices, Hornby is on target to surpass last year's tally of 59 winners plus a Listed success in Italy.

Prior to Tuesday's racing he had 41 winners and he may consider a trip abroad for a longer period in the winter to hone his craft.

"I've always thought about going away and Australia would appeal to me," Hornby said. "But it's important to make sure the trainers that have been using me would be happy for me to do that.

"If I was to go away it would only be for a short period, maybe six weeks. I think it would be great for myself to sharpen up and improve. I'm in the early stages of my career where I need to keep improving. It would be nice to go away but I wouldn't want to let anyone down."

FIRST PUBLISHED 4:02PM, AUG 27 2019
It was nice they gave me the opportunity to prove myself and it's nice that it all worked out well