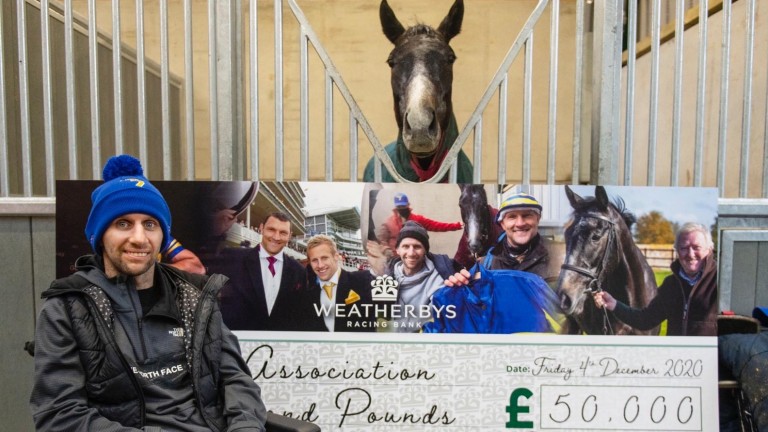 A charity racing club has raised £50,000 in a month for motor neurone disease research.

The Burrow Seven fundraising campaign was launched last month in association with former Rugby League player Rob Burrow, who was diagnosed with motor neurone disease in 2019.

Members of the Burrow Seven Racing Club have paid £59 each with money donated to the MND Association, which focuses on improving access to care, research and campaigning for people living with or affected by motor neurone disease.

This week Burrow and former teammate Barrie McDermott visited the club's horse, Burrow Seven, at trainer Jedd O'Keeffe's yard in North Yorkshire and presented a cheque for £50,000 to the MND Association. 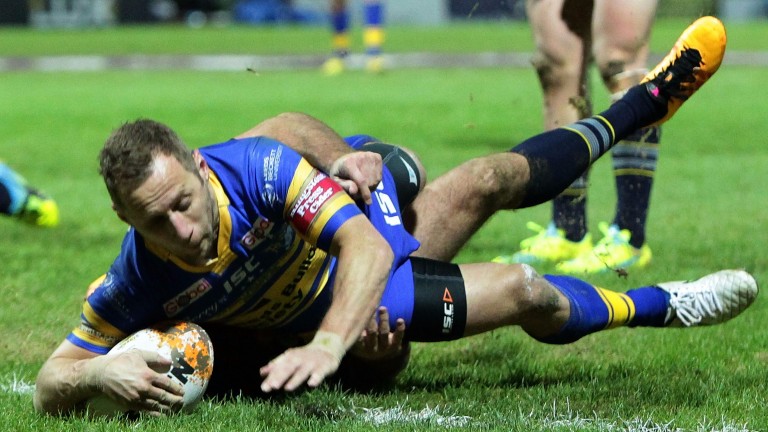 Burrow said: "I'm really delighted by the success of the Burrow Seven campaign. It's raised loads of awareness about MND and it's great to be back at the stables one month on celebrating how much money the campaign has raised.

"I'm really humbled by the whole experience, and by all of the many fundraising events that have been happening recently. Thank you to everyone that’s supported Burrow Seven."

A special sketched portrait of Burrow Seven, created by club member Sarah Perry, is set to be auctioned off for the MND Association next year, while a number of limited edition prints will also be available for purchase.

Last week, Burrow's former teammate Kevin Sinfield ran seven marathons in seven days in a bid to raise £77,777 for the MND Association and Burrow. On Friday, over £2.5 million had been donated to Sinfield's campaign on Just Giving.

FIRST PUBLISHED 7:31AM, DEC 12 2020
I’m really humbled by the whole experience, and by all of the many fundraising events that have been happening recently

Finalists announced for Irish Godolphin Stud and Stable Staff Awards 2021 Commonwealth Cup at Royal Ascot: the runners, the odds, the verdict Magners hits back in legal dispute over Cheltenham Gold Cup sponsorship Cheltenham clerk of the course Simon Claisse says 'it's time to step aside' Confirmed runners and riders for Friday's Coronation Stakes at Royal Ascot 'What else would I do at my age?' - 80-year-old trainer wins with only horse