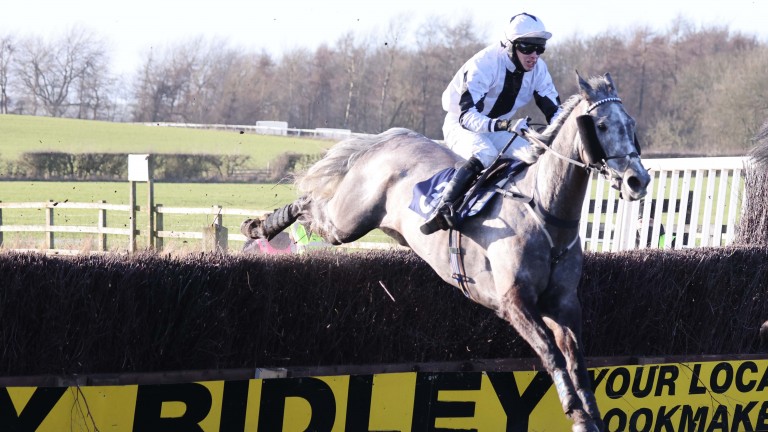 Road Warrior and Kane Yeoman on their way to victory in the novice handicap chase
John Grossick (racingpost.com/photos)
1 of 1
By Sam Hendry 6:15PM, FEB 25 2021

Trainer Rebecca Menzies was relieved to see Road Warrior finally shed his maiden tag at the 21st attempt in the 2m5f novice handicap chase in what was a pleasing family affair for owner Neil Taylor.

Menzies said: "He's run some good races in defeat this year and he probably didn't deserve to still be a maiden. He's a good jumper, strong traveller and Kane's given him a really good ride.

"Neil's daughter does all the work with Road Warrior at home, so it's quite a family story and it's really pleasing to get his head in front."

The win was the 21st of the season for Menzies, equalling her previous best tally, and she said: "Things are going well and we've got some nice good-ground horses to come, so hopefully we can keep things rolling."

Another to claim his maiden victory was the Oliver Greenall-trained Furius De Ciergues, who won at the 13th attempt when taking the 3m2½f handicap chase under Henry Brooke.

The six-year-old had finished runner-up in each of his last three starts and Greenall was pleased to see him finally live up to his potential. 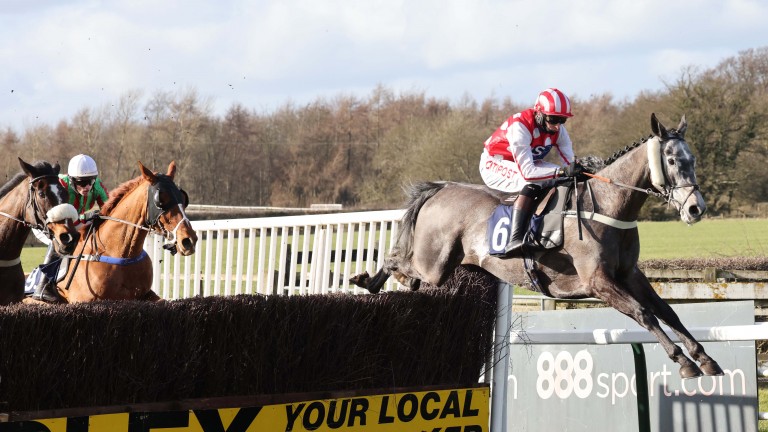 Furius De Ciergues puts in a spectacular leap on his way to a first success
John Grossick (racingpost.com/photos)

"I think he's finally got his act together," he said. "We bought him as a three-year-old in France and always thought highly of him. It's taken him a fair time but hopefully he should go in again now."

FIRST PUBLISHED 6:15PM, FEB 25 2021
Neil's daughter does all the work with Road Warrior at home, so it's quite a family story and it's really pleasing to get his head in front