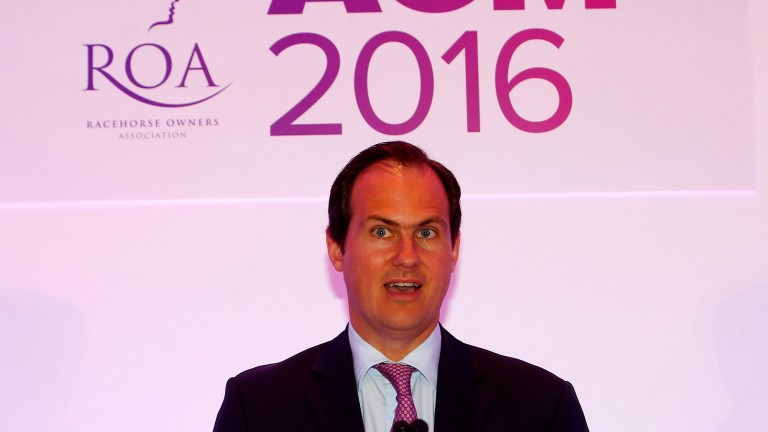 The Racehorse Owners Association has welcomed a suggestion in the BHA's three-year business plan that bespoke silks might be offered in a wider range of colours and designs, at a premium.

Details are a long way from being finalised, but two possible strands have emerged that might be good news for owners and also for the BHA, which faces a £650,000 budget deficit for 2016.

BHA media manager Robin Mounsey said: "In the auction held recently we offered half a dozen silks we had put together ourselves. What we're thinking now is that we might throw it out to people to send in their own designs and, if commentators and judges and so on find them acceptable, we can sell them to those that proposed them for probably a fixed, and relatively substantial, sum."

He added: "We also need to cater for the average owner, so we could look at what other authorities allow and look to broaden out the designs, so long as they too are distinctive enough."

Mounsey stressed that at present these are simply ideas that the BHA is keen to progress, and he was unable to say what premium an owner might pay on top of the current registration fee of £52.

He confirmed that while "it will provide an opportunity for exciting, individual, unique silks that are fun to look at", their potential as a revenue source is also key to implementation.

ROA chief executive Charlie Liverton is all for the idea and said: "If someone has a particular shade of colour or design that they would like to register outside the current framework, they should be allowed the opportunity, for a premium.

"We don't know yet what the premium might be, but it will be interesting to see how many take it up. Widening the range is a good thing and I think we can accept there will be additional cost."

While welcoming the colours initiative, Liverton is merely resigned to increased fees of 7.5 per cent over the next three years revealed in the BHA plan.

He said: "Sadly it's another burden on our fragile ecosystem, but not unexpected, as there was no rise in 2016 and we all know what a tumultuous year it's been for the BHA with lawyers' fees and so on.

"It refocuses the debate on declining ownership and brings it right back to the forefront of discussions. If the BHA and racing genuinely want to improve retention levels then we must have some serious discussions around prize-money at grassroots level and general ownership fees.

"We welcomed the new simplified registration process, but if the process comes down it should equate to lower costs for owners."