Rival bids in running to bring horseracing to London's streets 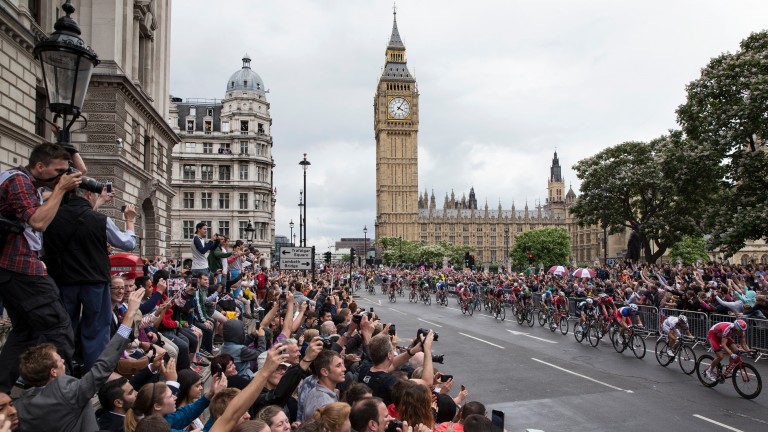 Crowds enjoy a stage of the Tour de France in London in 2014. Bicycles could be replaced by racehorses under ambitious new plans
Oli Scarff
1 of 1
By Stuart Riley 6:42PM, JAN 30 2017

Not one but two companies are in competition to bring horseracing to the streets of London's city centre.

Cycling and Formula One events have featured regularly on the streets of some of the world's biggest cities and now the prospect of horses thundering through London is a real possibility, with the BHA confirming it has spoken to the team behind one of the bids.

Johnno Spence suggested his company, which has held talks with the BHA, could have an event in London as early as September this year, while Olly Neil, behind a bid by GAG 403 Limited, said they were hoping to announce in the first quarter of this year the venue for their inaugural event in 2018.

Neil said: "We will create a global circuit of horseracing events with high-quality local horses thundering down iconic city streets ridden by the world's top jockeys. We're going to do for horseracing what Twenty20 has done for cricket and 3x3 for basketball – reinterpreting the Sport of Kings for a young urban audience and dialling up on technology, entertainment, excitement and energy."

Spence, whose rival bid goes under the name City Racing, said: "We're looking into a city-centre international racing series, which is very exciting, but first we need to get the commercial model in place. We're working with an industry-backed consortium looking to run under the rules of racing and we're at quite an advanced stage.

"We could have our first event in London as early as September this year, with the series expanding around the world over the next few years."

BHA spokesman Robin Mounsey warned that bringing the plans to fruition would not be straightforward.

He said: "Any proposal would require BHA approval and clearly there are significant issues, including logistical and welfare-related, that would need to be addressed before any application could be proessed."

Reacting to the possibility, Great British Racing's Rod Street said: "The 'street racing' concept has appeared in a few different iterations over the years. A number of operators have claimed to be close to delivering something.

"In principle, I'm very supportive of any initiative that presents horseracing in an exciting way to a broader audience. The notion of races being run in the nation's capital sounds fun and I imagine the public would enjoy it.

"I can see what an attractive proposition this could be if done properly and racing should be open to such entrepreneurial initiatives."