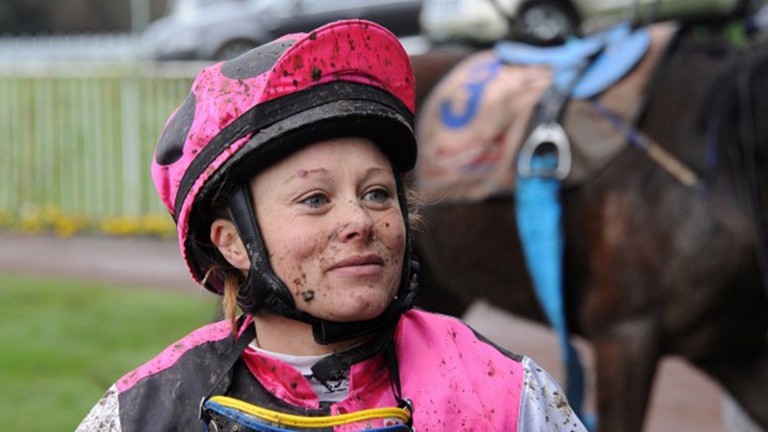 The New Zealand racing industry is in mourning after the death of jockey Rebecca Black following a fall at Gore on Sunday.

Black, 40, was riding Point Proven in the eighth race of the day, a 2,000m (1m2f) Flat race, when the horse came down near the 700-metre mark. Terry Moseley, who also fell from Misscattlecreek in the incident, escaped without major injury but his horse had to be put down.

Police were called to the racecourse, where Black was pronounced dead, and will prepare a report for the coroner, while stewards opened and adjourned an inquiry and the remainder of the meeting was abandoned.

The jockey's former husband, Kelvin Tyler, confirmed to New Zealand's Herald newspaper that two of Black's three children had been in attendance and had witnessed the fall and its aftermath.

"They're obviously pretty shocked and devastated," he said.

Of Black's passion for the sport, Tyler added: "She was a horse person. It's all she does and she's good at it."

Tributes were paid on social media to Black, with leading Australia-based jockey Tommy Berry, whose brother Nathan died due to illness aged 23 while riding in Singapore in April 2014, tweeting: "It's another sad day for the racing industry. We lost another beautiful soul, one of our own."

"Our hearts hurt for her family and friends, awful news. Every day dangerous for our brave riders."

Also on Twitter, Herald writer Michael Guerin said: "These are racing's worst days. I hate when somebody goes to work to do the job they love and can never come home again."

Black's career was stop-start in nature, beginning in 1993-94, before she resumed her apprenticeship in 2002-03. A further break followed prior to a comeback in 2011, when she was able to partner a healthy number of winners.

Sunday's tragedy comes almost four years after the death of Black's fellow rider Ashlee Mundy at Kurow on New Year's Eve in 2012 and is the latest death to rock Australasian racing.

Two jockeys were killed in the same week in October 2014, when first Queensland rider Carly Mae-Pye died as a result of injuries sustained in a barrier trial before Caitlin Forrest lost her life following a fall at Murray Bridge, near Adelaide.

In 2013, Simone Montgomerie died after a fall at Fannie Bay, near Darwin, while the racing world was also in mourning in November last year after Australian jockey Tim Bell fell to his death from an apartment block in Singapore.