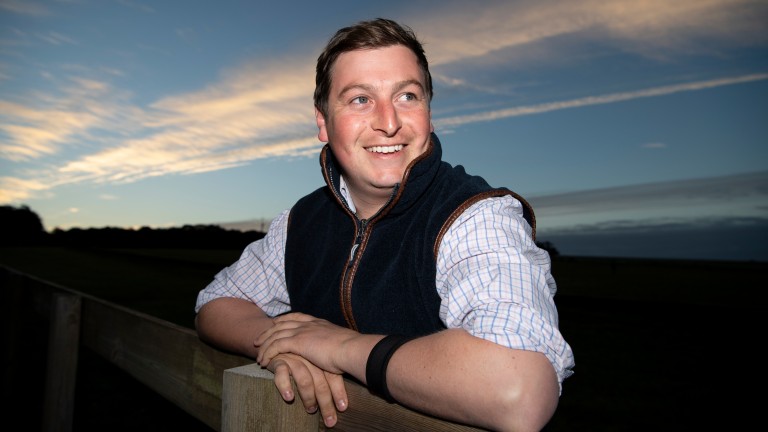 It is just over two years since Richard Spencer sent out his first runner as a trainer. Since then, he has enjoyed a Group 2 winner at Royal Ascot and a Group 3 success at Glorious Goodwood and he is aiming to go one better in 2019.

Spencer predominantly excelled with two year-olds in 2018 but believes he has a very strong group of three year-olds to go to war with in 2019.

“The three year-olds are looking good. They’ve been doing plenty of cantering work from the start of January and I'm looking forward to getting them out on the track.”

Thrilla In Manilla burst onto the scene by winning on his debut at Newbury at the end of the 2018 flat season and looks set to take on Too Darn Hot in the Greenham Stakes at Newbury.

“Thrilla In Manilla is going to go for the Greenham for a prep run and then hopefully on to the Guineas. We are obviously a relatively new yard but we’ve taken on the big guns before and he’s done nothing wrong and it’s a natural progression for him. The Greenham will tell us where we go with him.”

Rumble Inthejungle won the Group 3 Molecomb Stakes at Goodwood in August and his trainer has sights set on the Royal meeting at Ascot for the Cheveley Park-owned three year-old.

“Rumble had a good season last year for us and it’s great to have Cheveley Park on board this year. We are looking forward to targeting the Commonwealth Cup with him at Royal Ascot in June, he will hopefully have one run prior to then before going there, perhaps on Royal Ascot Trials Day.”

Keyser Soze has been a flag bearer for the yard over the winter, bringing up a hat-trick of wins on the all-weather picking up some valuable prizes and seeing his rating climb 14lbs to 105.

“Keyser Soze is going to go straight to All-Weather Championships Finals Day on Good Friday at Lingfield, we will be taking him for a racecourse gallop this week which will hopefully put him right for finals day. He’s going to have to step up in trip a little bit but he travels well and I think the race should play into his strengths. We have kept him on the go and we have changed a few things round with his training.”

Louis Treize was highly regarded by his trainer last season but disappointed when banging his head badly against the stalls at Doncaster at the St Leger meeting in September.

“We will probably start off low key and run Louis in a handicap in May. He’s one that we thought a lot of last year but he disappointed at Doncaster in the sales race. He’s relatively lightly raced so hopefully he can progress through the season.”