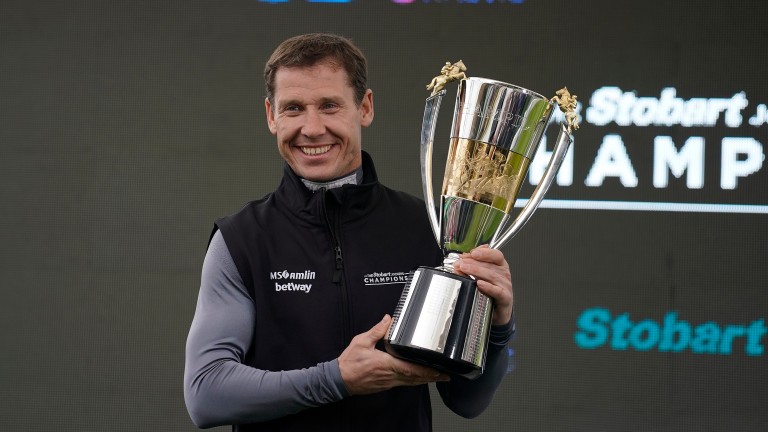 Richard Johnson: has been announced as a new columnist and brand ambassador for the Racing Post
Alan Crowhurst
1 of 1
By Andrew Wilsher UPDATED 7:18PM, FEB 25 2020

Four-time champion jockey Richard Johnson has joined the Racing Post as a columnist and ambassador as he prepares for his return to the saddle on Thursday.

The partnership will see Johnson writing a column for the newspaper every Saturday, as well as each day of the Cheltenham Festival and the Grand National festival at Aintree. The rider will also be a regular guest on Racing Post programmes like What A Shout, and play an important role as an ambassador for jockey welfare.

"This is the main racing paper so it’s great to be attached and to work with the Racing Post," said Johnson. "I'm delighted they have come on board to sponsor me – you will see Racing Post on my leg from the end of the week.

"There will hopefully be plenty of times that I’m in the studio and writing for the paper, so there’s lots to look forward to." 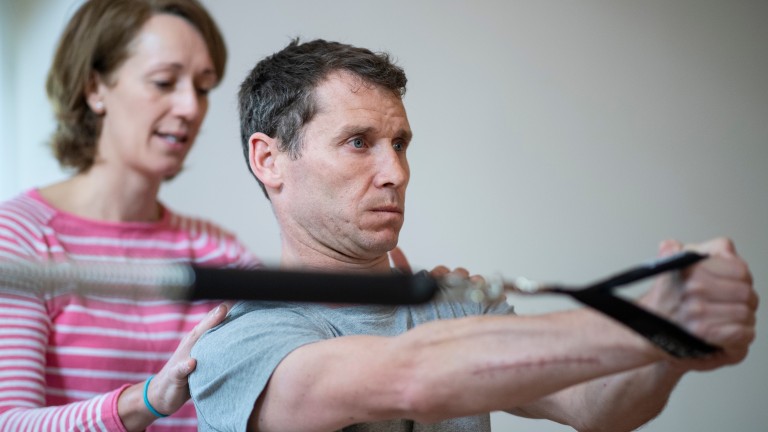 Richard Johnson: has been working hard to return to the saddle as soon as possible
Edward Whitaker

Remarkably, Johnson is set to return to race-riding just 37 days after breaking his arm in a fall at Exeter, and he paid tribute to the team around him for his speedy recovery.

Johnson said: "I was lucky. Jerry Hill, the BHA doctor, got the wheels in motion and the surgeon put the plate in my arm, got it all back in line, and from then on I’ve had no pain with it at all.

"All the people at Oaksey House and the physios around the racecourses have been great for support and it’s been a real team effort. The wife’s probably been the most important as she organised all the right supplements I needed to take."

Before racing on Tuesday Johnson was 19 wins behind Brian Hughes in the battle for the jockeys' championship, and although realistic on his chances of retaining the title he insists he has not given up.

Johnson added: "As soon as I had the injury I was lying in Exeter in the jockeys' room, and all I was thinking about was the championship, and knew it would be very difficult after.

"I’ve got a lot of ground to make up but there’s a small chance and the weather’s definitely been in my favour. Brian hasn’t had the chance to ride as many as he’d like. It’s going to be hard work but we’ll definitely give it a good go.

"If I were to lose it this year I think, if anything, it would make me even more keen to try and put the record straight. You’ll definitely see me next year regardless!" 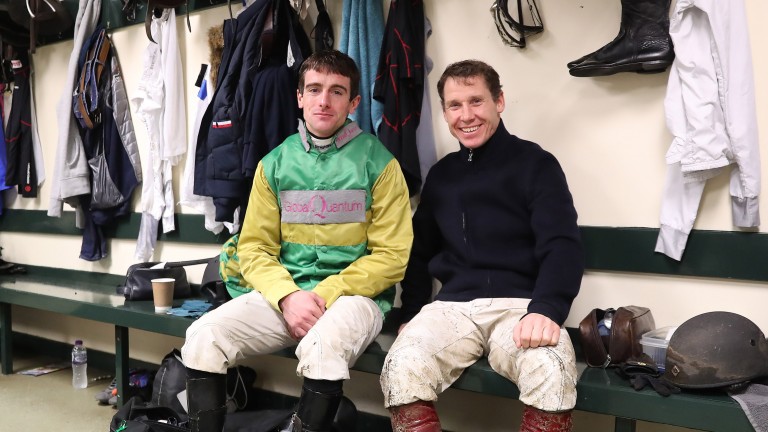 Brian Hughes (left) has a strong lead in the battle for the jockey's championship
John Grossick (racingpost.com/photos)

Native River being ruled out of the Magners Cheltenham Gold Cup was a blow to Johnson’s festival rides but he does have other exciting opportunities he is looking forward to at Prestbury Park.

"I’m looking forward to riding Thyme Hill," he said. "The Albert Bartlett looks a slightly easier option but he could go for the Ballymore. Philip [Hobbs] will make the decision on the Monday of that week.

"Brewin'Upastorm is another. He won his novice chases really well, and Olly Murphy has said he couldn’t be happier with him. A strongly run Arkle on testing ground should see him to his best effect."

Richard Johnson: I'm not saying I can still beat Brian but . . .

Johnson on the road to anywhere and everywhere in title defence

Read Richard Johnson every Saturday in the Racing Post - and on racingpost.com from 6pm Friday with Members' Club Ultimate

FIRST PUBLISHED 5:05PM, FEB 25 2020
As soon as I had the injury I was lying in Exeter in the jockeys room, and all I was thinking about was the championship