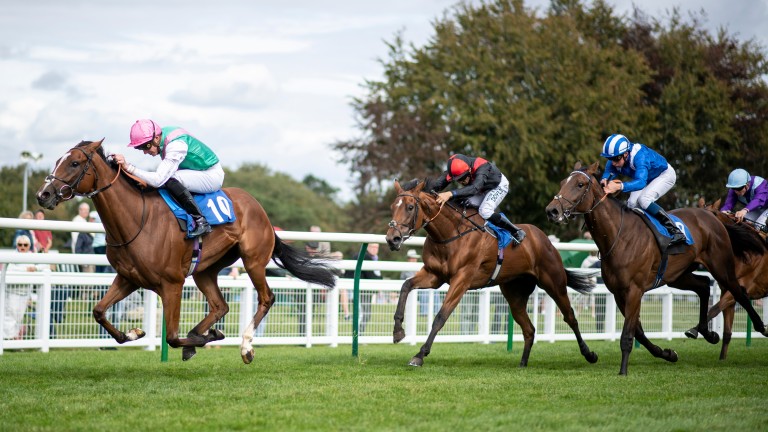 Some fascinating fillies with untapped potential are on show here, including five who won on their sole start to date.

Newcastle has become a more regular starting point for smart John Gosden performers and Tiempo Vuela was impressive when beating Tulip Fields by three lengths over a mile of the Gosforth Park course in October.

She is bred to improve for this step up in trip and victory would see current odds of 20-1 for the Investec Oaks come tumbling down.

Gosden also fields Moonlight In Paris, short-head winner of a Nottingham heavy-ground maiden, and Run Wild, whose form this week suffered a setback.

The daughter of Amaron was runner-up in a Deauville Group 3 and then performed with credit to finish third to Born With Pride (trounced on her seasonal reappearance at Kempton on Wednesday) over this course in November.

You can argue that Alpen Rose’s third in the Group 2 May Hill Stakes provides the best single piece of form available for this Listed contest, but the gut feeling is that one of the less exposed fillies will improve past her. 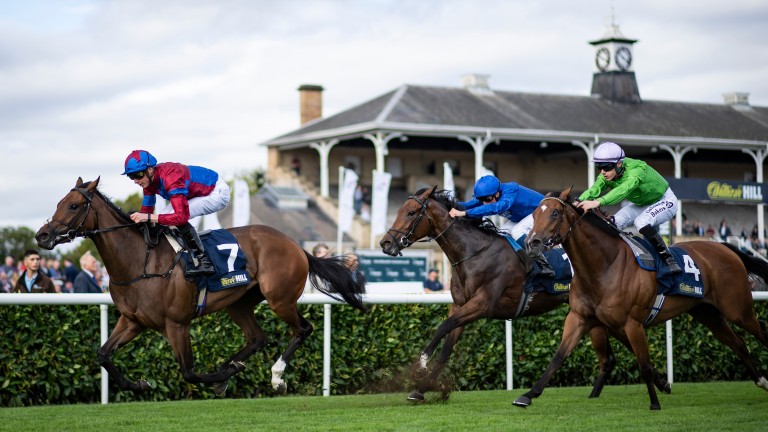 Stablemate Endless Echoes, a fluent winner at Wolverhampton in January, fits the bill, as does the Sir Michael Stoute-trained Snow Shower, who belied market weakness to make a winning debut at Salisbury in September.

The early money has been for Tiempo Vuela and Snow Shower and it would be no surprise if the pair fought out the finish, with narrow preference for the former.

John Gosden, trainer of Moonlight In Paris, Run Wild and Tiempo Vuela
Run Wild was very consistent last year and this has always been the plan for her. As for the other two fillies it was either here or a novice at Kempton where there were 80-odd entries. If they're to go to the Oaks we need to find out a bit about them.

Roger Varian, trainer of Queen Daenerys
She's done well, she looks great and we’re pleased with her homework. I thought she ran well in the Fillies' Mile, where she looked like dropping out before staying on well. She has that track experience now and I think she'll get the ten furlongs well. It looks a very good race on paper and I’m sure we’ll learn a lot more about her.

FIRST PUBLISHED 6:00PM, JUN 6 2020
She has that track experience now and I think she'll get the ten furlongs well