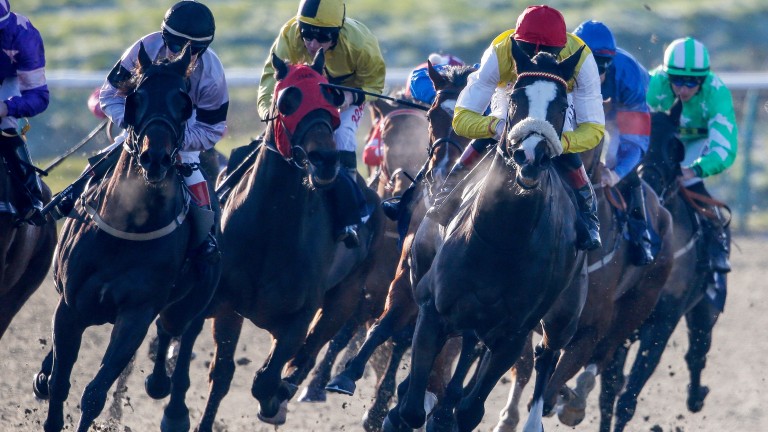 Trainers and jockeys alike will be hoping to get the breaks at the right time around Lingfield on Tuesday
Alan Crowhurst
1 of 1
By Richard Birch & Scott Burton 6:00PM, JAN 4 2021

Regular front-runners are conspicuous by their near absence here, and it’s highly likely Our Oystercatcher will secure an uncontested lead from stall two.

However, this three-time turf scorer has a record of no wins from five starts on sand, and could prove vulnerable in the straight.

Hey Ho Let's Go was mugged in the closing stages of a 0-60 over course and distance by Come On Girl last Thursday.

He has just a solitary success from 26 starts to his credit, and this 0-70 represents a significant rise in class.

The fact that he receives plenty of weight from the majority of his rivals is a plus, but one gets the feeling his price will be a reflection of that last-time-out display rather than his overall performances. He is 1lb out of the handicap too. 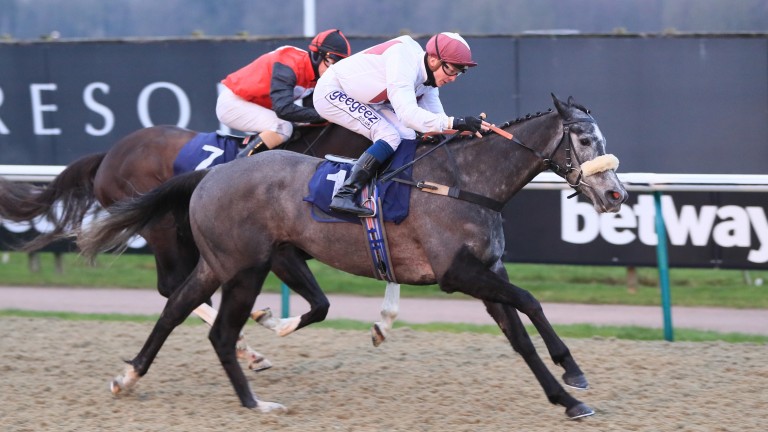 Swiss Pride, one of five course-and-distance winners in the field, ought to be competitive off his mark with promising apprentice Laura Pearson taking off a valuable 7lb, but the one who appeals most is four-time course scorer Sword Exceed.

He can get a lovely tow into the race from his draw in stall three, and be in pole position to strike in the short straight.

Sword Exceed won a slightly better race at Lingfield 12 months ago by half a length from Boom The Groom, and is now a handy 6lb lower in the weights.

Luke McJannet, trainer of Miss Thoughtful
She's been tricky since we bought her out of Jamie Osborne's yard but she's really come to it the last couple of weeks. We've had a bit of a virus and my last four or five haven't run too well but she's in good order. The last month we've been able to get her head in the right place. 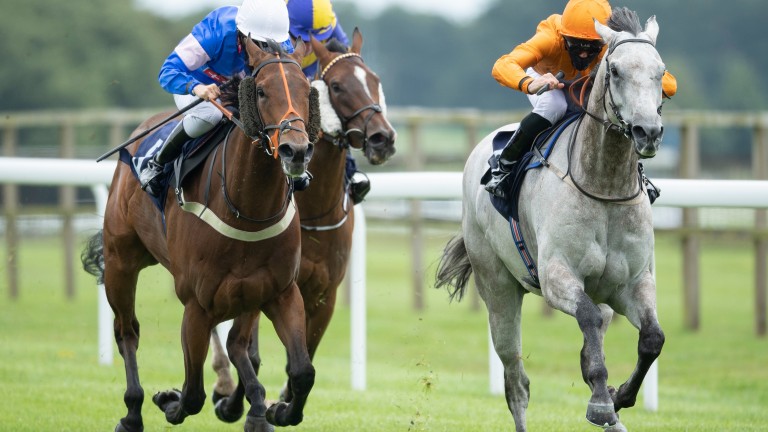 Michael Attwater, trainer of Cappananty Con
We gave him a break as he'd had quite a few runs. For me he's the perfect all-weather horse for this type of race. He jumps the gates well, he's a very strong traveller and he accelerates, which is everything you want to win races round Lingfield. He's got the perfect draw, he's a straightforward ride, which makes him ideal for Rhys [Clutterbuck] to claim seven off. I think he's got an awful lot going for him. I'm hoping there'll be some pace on from somewhere because he's happier with something to run at. He's versatile though, he can sit handy or further back and he's got quite a useful turn of foot which I think will make him quite hard to beat.

Jim Boyle, trainer of Desert Land
He's a quirky enough horse who needs things to drop right for him in his races. If and when they do, he's capable enough off these sort of marks. We've freshened him up a little bit after his last run and hopefully he can get the breaks and run a decent race.

Mark Hoad, trainer of Hey Ho Let's Go
We are going up in class with a low weight but I thought it was worth taking a chance in a better race because he's in good form. The opposition horses are rated better but a lot of them are not particularly in-form. The horse is hot so we'll try and nick a little race along the way. I thought he might go up a couple of pounds for finishing second the other day as there was two and a quarter lengths back so I'm not worried about being a pound out of the handicap.

FIRST PUBLISHED 6:00PM, JAN 4 2021
He jumps the gates well, he's a very strong traveller and he accelerates, which is everything you want to win races round Lingfield