Richard Birch: Do take jockeyship into account - it's mad not to 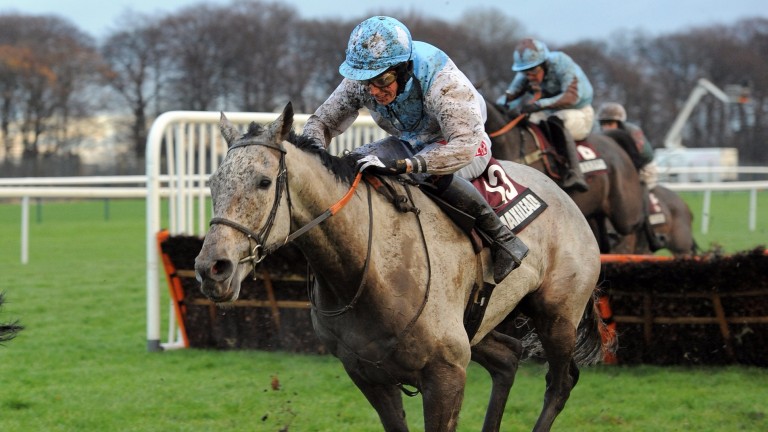 The desperate conditions at Haydock are no problem at all for Safran De Cotte and Jake Greenall
John Grossick
1 of 1
12:22PM, OCT 13 2017

The most important part of the betting process is always a clearly defined starting point. Some punters focus on handicaps, some specialise in Group races, some use speed figures, some use ratings.

It is physically and mentally exhausting to assess every single race, every single day, particularly during the high summer months when there are frequently six or seven meetings on some days, so a punter must quickly identify the horses/races that necessitate further investigation and put a big red imaginary line through all the others.

Finding potentially well-handicapped, lightly raced improvers is my forte – the principal angle I use to get into a race – and I'll initially sit down well before the overnight prices have been released and isolate perhaps just two or three horses or races of interest.

A slave to racingpost.com, I'll trawl through the horse's form, checking distance and going requirements before logging on to myweather2.com to see if there are likely to be any changes to ground conditions.

Lots of punters don't appear to factor jockeyship into their calculations. I think they're mad. I have a whole list of jockeys who I don't rate at all and wouldn't dream of backing their mounts under any circumstances.

I've always watched as many races as I possibly can and it's amazing how you see the same riders making the same old mistakes. Would you trust your hard-earned with people you don't trust or rate particularly highly? Of course not.

A good, in-form, hungry apprentice who takes weight off a horse's back is gold dust in terms of my betting operation. In many instances – remember, I am often dealing in run-of-the-mill handicaps at the humbler meetings – I favour a keen, motivated and talented apprentice over a more experienced, older rider who is just going through the motions.

Once I'm happy with the rider I'll have a quick perusal of the trainer's recent form. If I'm not convinced the stable is firing on all cylinders, that's the end of the possible selection and I'll swiftly move on to the next race/horse.

If I wish to take the selection process a step further I will watch at least two of the horse's recent races – ideally one good and one bad – noting any particular habits, such as a tendency to pull, the way it carries its head and its resolution in a finish.

The next task is to quickly go through the other runners to assess the shape and make-up of the race. Could there be an opportunity for a front-runner to gain an easy lead or a hold-up performer being suited by a likely strong pace? In a nutshell, I endeavour to predict what will happen in the relevant race.

The penultimate consideration involves what I call common sense factors. Can I think of any reason why the horse wouldn't be 100 per cent tuned-up for this individual race? Is it likely to get bogged down in heavy ground by carrying a big weight? Does it need to come down a few pounds in the handicap before meriting maximum consideration? Has the horse got multiple entries over the next few days, suggesting the trainer may be hoping for a win and to run it again quickly under a penalty? The final piece in the jigsaw is, of course, the price. The vast majority of my bets are struck on an each-way basis. I will place win bets under 3-1 only if I find it almost impossible to envisage defeat for the horse – after running through a list of guidelines – or when I'm enjoying a hot streak of form and confidence is sky-high.

I have telephone credit accounts with five bookmakers and will back the horse with the firm offering the most attractive odds or terms.

Never back a horse without having first seen visual evidence of it in recent racecourse action. The form book provides plenty of information but it doesn't reveal everything.

If I'm willing to have £400 on a horse to win at 6-4 I must be prepared to have at least £300 each-way on a 12-1 shot when there are sometimes three further opportunities – namely second, third, and fourth places – for making a profit.

Never break any of my golden rules – the most fundamental yet frequently overlooked rule of them all.

The ground at Haydock was likely to be bottomless and Safran De Cotte had sluiced through the mud to land a bumper at the Lancashire track the previous season, attracting positive comments from his trainer.

He then disappointed a couple of times when the Henry Daly stable was chronically out of form, and I considered a handicap mark of 120 to be fair.

Perusal of the Sandown race when he finished a highly creditable third to the Paul Nicholls handicap blot Poungach confirmed he was back in top shape and since that performance the stable had struck peak form. Safran De Cotte was set to carry just 9st 10lb in glue-pot conditions once ace conditional Jake Greenall's 5lb allowance was taken into account.

From a handicapping perspective he was actually 6lb lower than at Sandown and one of only two in the top half of the market to possess winning form on heavy ground.

There were no stamina doubts, the race was likely to be run at a good gallop with two or three trailblazers in opposition and, having watched the videos of his Haydock and Sandown runs, I could see him just cruising round on the bridle before asserting from the second-last.