Rich Ricci: we haven't seen Douvan do what we think he can 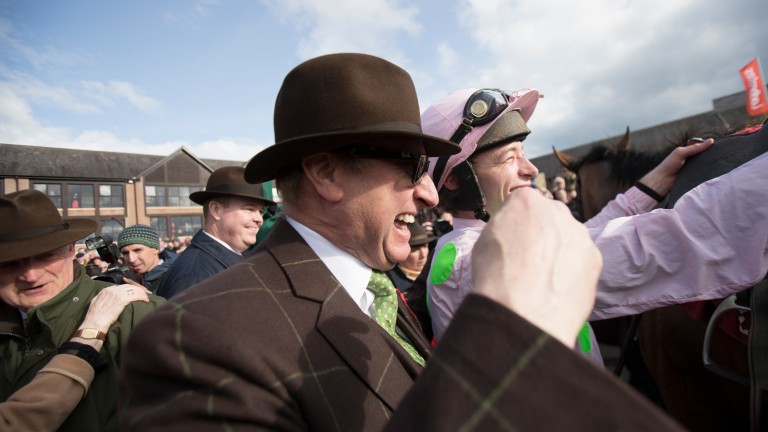 This could be the season that Douvan fulfils his immense potential – that was the bullish message Rich Ricci had for the chaser's legions of fans on Sunday.

The eight-year-old looked one of the most exciting horses in training after winning his first 13 races for Willie Mullins, including eight Grade 1s.

He finished lame when beaten at odds-on in the 2017 Queen Mother Champion Chase and was off for a year before falling in the same race in March. He then finished runner-up to stablemate Un De Sceaux at Punchestown in April.

But Rich Ricci hopes that 2018-19 will go much better and said: "I'm hoping for the first time in a while Douvan will have a clear run.

"We haven't seen him do what we think he's capable of and if he can stay healthy he'd be a horse I'd love to see really get what he deserves.

"He's a big talking horse. Willie, who doesn't say these things without a lot of thought, said he might have been the best he'd ever trained and I'd like to be able see him demonstrate that."

Outlining hopes for others among the string of horses that race in the colours of his wife Susannah, Ricci told Luck On Sunday viewers on Racing UK of high hopes for Punchestown Grade 1 juvenile hurdle winner Saldier.

"I think he is an exciting prospect," he said. "I would imagine even though we don't tend to like running five-year-olds in the Champion Hurdle that would be the path that he probably takes this season.

"Faugheen being back will be wonderful, probably staying over a staying trip, and Benie Des Dieux is another one that really excites me. We haven't had a chat yet about what we'll do with her but I'd love to see her go back over fences. She's a really exciting mare and was undefeated last season, beating Apple's Jade twice." 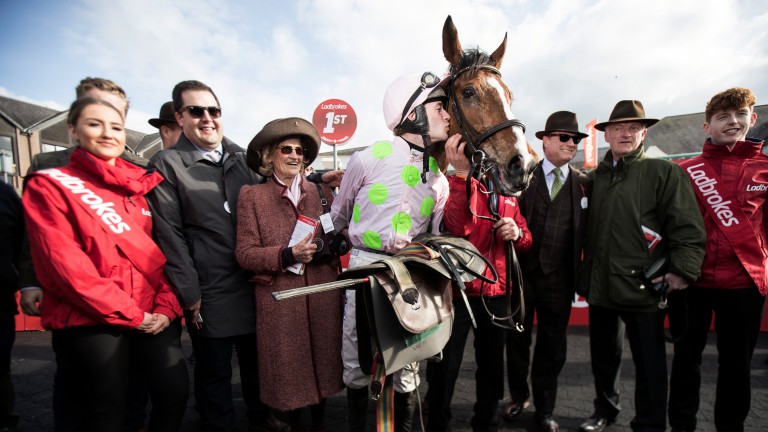 Connections pose with Faugheen after his win at Punchestown
Patrick McCann (racingpost.com/photos)

Until a late upturn in fortunes, last season was not as successful as usual for the American.

But he said: "My enthusiasm hasn't waned. You do have seasons where it gets very frustrating and it's an expensive hobby as anyone will tell you. If you're mad enough to do it you've got to suck it up and stay with it because the highs are incredibly fun."

The Ricci colours have been carried to success on the Flat in the Doncaster Cup with Thomas Hobson and the Cesarewitch with Low Sun but he stressed: "We've had an unbelievable summer on the Flat but our first love is the jumps game, we buy horses to jump.

"We're jumping people and that will be our priority but while these handicaps continue to present themselves if we've got the horses we'll certainly pursue them because the prize-money is sensational."

A big interview with Paul Townend

FIRST PUBLISHED 12:45PM, OCT 14 2018
Willie, who doesn't say these things without a lot of thought, said he might have been the best he'd ever trained

Dynamite night for McNamara as Jazzaway leads Mullins charge in feature How a ping-pong rout told me everything about the extraordinary Patrick Mullins Fan De Blues follows in some famous hoofprints to win Grade 3 novice chase 'She'll be a big player in the Cesarewitch' - five who caught the eye at Galway 'It's incredible to think I've won it twice' - can Patrick Mullins do it again? Hopes high of strong European team for Spring Carnival despite veterinary checks