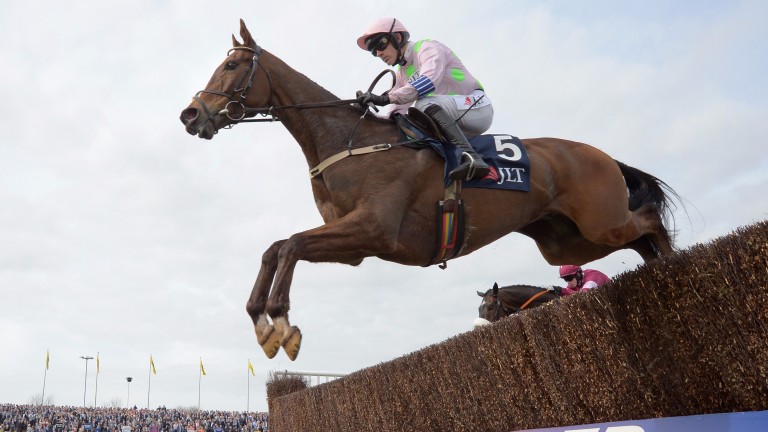 Rich Ricci on Monday said the life-changing injuries suffered by Freddy Tylicki and other stricken jockeys helped him come to terms with losing one of his star jumpers Vautour.

Ricci learned of the devastating news on Sunday from trainer Willie Mullins that last season's Ryanair Chase winner and Timico Gold Cup second favourite had broken a foreleg while out in a field.

"I saw the phone ring and I just didn't have the best feeling about it," said Ricci, who was a guest on At The Races On The Line show. "I picked it up and he said 'Look, it's very bad.'

"When you hear news like that you immediately start to reel a bit. I was watching At The Races and serendipitously looked up and saw Gary O'Brien interviewing Robbie McNamara who was so elegant and articulate in describing what he had been through and the journey Freddy Tylicki faces and I immediately was okay.

"It's sad to lose a horse but in the context of that and what has happened to people like JT [McNamara] and other people in our game it's okay. It's not great, it's sad, but if you put it in that kind of context, God, it's nothing."

Ricci described the injury sustained by Vautour which led to the horse being put down as freakish.

"All those races, the fall at Aintree, all the galloping, all that training and he dies in a field with nothing going on," he said. "It was one of those freak things.

"We don't know what happened. We kept him outside during the day and inside in the evening. They went down to give him his food they found him lying on the ground."

As a result of Vautour's death Ricci said Douvan may now be considered for the 32Red King George VI Chase at Kempton.

FIRST PUBLISHED 9:44PM, NOV 7 2016
In the context of what has happened to people like JT [McNamara] and other people in our game it's okay. It's not great, it's sad, but if you put it in that kind of context, God, it's nothing

Rachael Blackmore bids for more big-race glory - but this time she's on the Flat Can Willie Mullins and Ryan Moore strike with ante-post punt Saldier? Willie Mullins names the five horses he plans to take to Royal Ascot next week My Sister Sarah and Metaphorical contribute to Wayne Lordan's treble