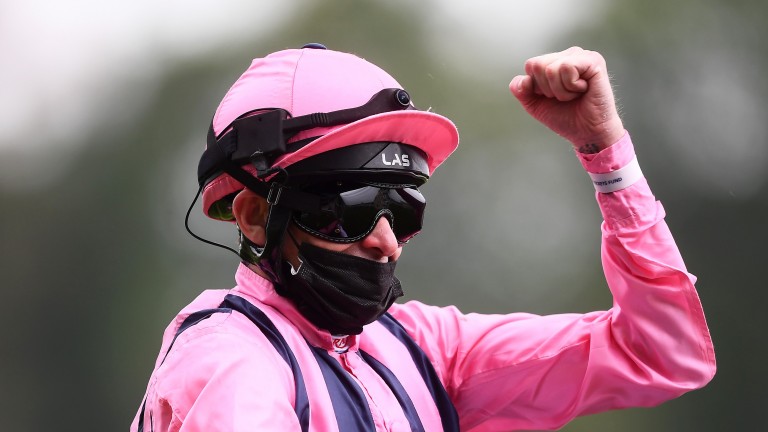 Havlin could have been referring to the ongoing challenges presented by Covid-19, or the shock nature of how he claimed his second-ever Royal Ascot success, but it was perhaps how the wheel turns in racing which changes participants from villain to hero that was at the front of his mind.

In April, Havlin was the villain for many after he failed by a head to get Stowell up to defeat odds-on stablemate Polling Day in an all-weather novice.

The ride drew considerable attention and, despite a representative for trainers John and Thady Gosden being satisfied with the ride, the stewards suspended Havlin for 21 days for "failing to take all reasonable and permissible measures to ensure Stowell obtained his best possible placing, in that after getting a clear run in the straight, the colt had not been asked for a sufficient effort".

Skip forward two months and Havlin, for so long a vital component in the success of the Gosden stable in his role as lead work rider and second jockey, was receiving considerable praise from those associated with Loving Dream after overcoming a wide draw to capture the Group 2 from the previously unbeaten Eshaada. 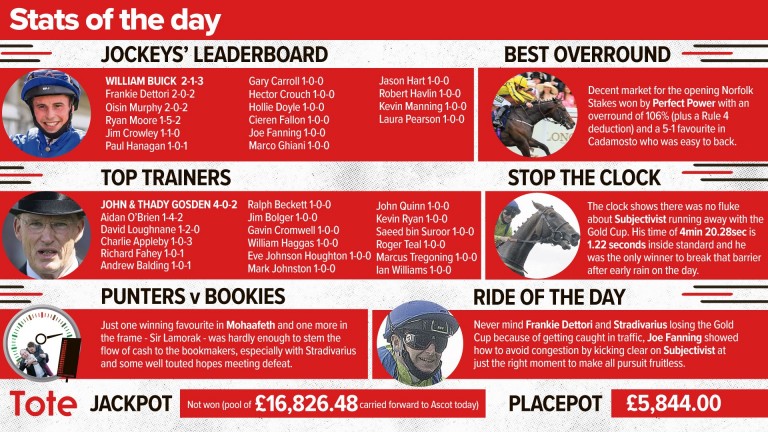 Libby Harris, who owns the winner with husband Trevor, labelled the ride “amazing” while John Gosden called it “wonderfully positive” as the jockey took up a prominent position and then kicked decisively for home early in the home straight.

Loving Dream was Havlin’s second Royal Ascot victory after Ardad’s win in the 2016 Windsor Castle Stakes, and the jockey admitted the success was all the sweeter for it being for the Gosdens.

“They’re not easy to win [here] and the same people seem to win them every year,” Havlin, 47, said. “To ride another one, especially for the boss, is special. He’s a fantastic trainer but an even better man and his son’s a chip off the old block.

“Yesterday I had a ride for Her Majesty [Pied Piper, tenth in the Queen's Vase] and while we didn’t do too well, that was another childhood dream so we’re ticking the boxes. I’m getting on in my career so I can enjoy them a little bit more now.”

Loving Dream had finished behind Noon Star and Divinely, who went off shorter prices for the Ribblesdale, in her two starts this year and Havlin was keen to make good use of her stamina with the Gosden team believing a lack of pace had caught her out last time.

John Gosden said: “At Lingfield we went too slow and we wanted more pace. Robert committed early and made best use of her stamina. 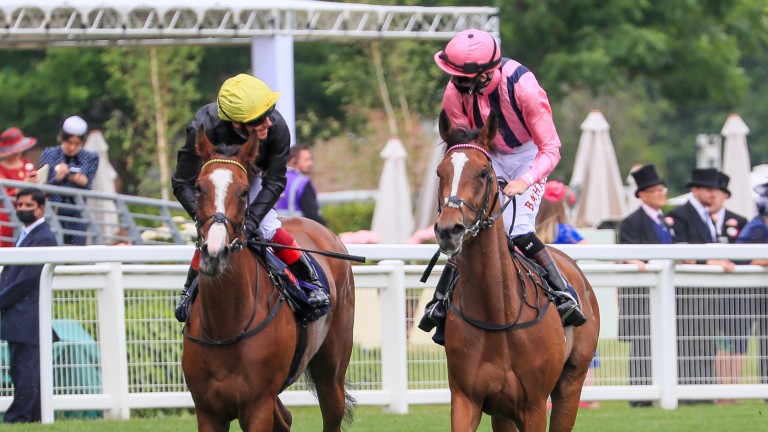 “Everyone had a go at it but she’s very game and very honest. It was a wonderfully positive ride.”

The winning owners were equally thrilled as they gained the biggest success in the colours of their Lordship Stud since Love Divine captured the Oaks in 2000.

“It was unbelievable,” said Libby Harris. “The way she battled on when the other horse came to her was so game and genuine. She’s fantastic.

“Robert gave her an amazing ride. To have a homebred filly [win at Royal Ascot] is wonderful for all the staff and their tireless work.”

A tireless worker is what many at the Gosden yard would consider Havlin to be as well, and he was keen to enjoy his moment in the limelight on the biggest stage.

He said: “It’s been a funny old year and there’s plenty of ups and downs in racing — you never know what's around the corner. We take the good days when we can.”

FIRST PUBLISHED 3:54PM, JUN 17 2021
It’s been a funny old year and there’s plenty of ups and downs in racing — you never know what's around the corner

Options abroad possible for Ville De Grace after stylish Listed-race success 'This win is for him' - Joanna Mason picks up double on poignant day John and Thady Gosden: 'It's no different to managing a top footballer' Mishriff to skip Arc bid in favour of second tilt at the Champion Stakes Doncaster in search of new sponsors for key races at St Leger meeting Think 'trainer form' and everything becomes clear after hectic weekend's action