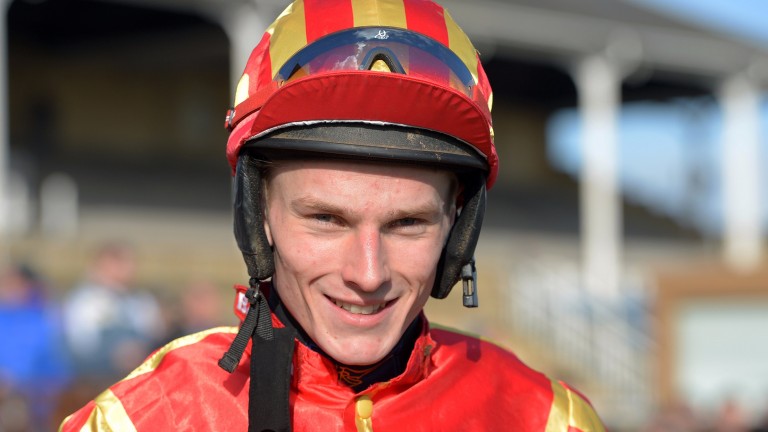 James Reveley celebrated his return to the saddle at Auteuil with victory in the two Graded races on the card.
Racing Post
1 of 1
By Scott Burton 6:06PM, NOV 12 2017

James Reveley has a French jockey's championship and two Grand Steeple-Chase de Paris to his name, so when he described Sunday's ridiculously easy Group 1 winner De Bon Coeur as the best horse he has ridden, there is plenty to compare her with.

De Bon Coeur is unbeaten in her eight completed starts, with the sole blemish to date a fall in the Grade 1 Prix Alain du Breil here in June.

Reveley took a lead from Dalila Du Seuil early on but, after making a slight error at the hurdle turning away from the stands, allowed De Bon Coeur to turn the race into a demonstration.

"She was very free and that's why she made a couple of slight mistakes so I just let her stride on," said Reveley. "I think she's the best horse I've ever sat on – I haven't been on one with her class. The only thing with her is that you have to try and channel all that energy."

Trainer Francois Nicolle was celebrating a third Grade 1 victory in nine days and said: "She has three more gears than any of the rest of them. She's exceptional and I hope her career doesn't stop there. She'll stay over hurdles next year and then I hope we'll go chasing the year after that." 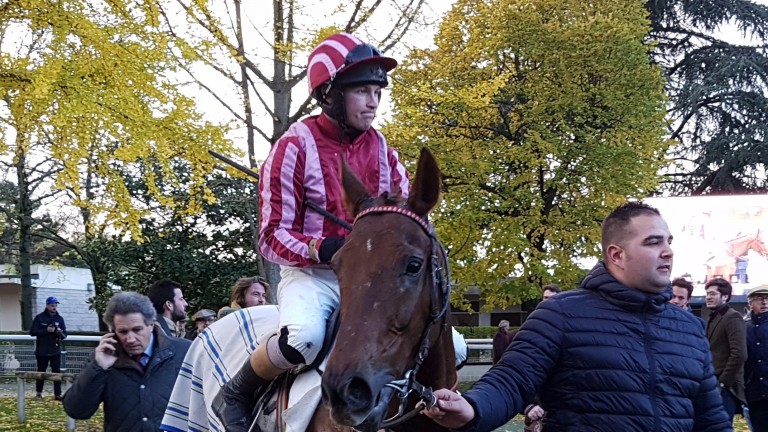 Peterjon Carberry returns to the Auteuil winners' enclosure aboard Docteur De Ballon after winning the Prix General Donnio
Racing Post / Scott Burton
His elder brother Philip won a Grand Steeple-Chase at Auteuil and now Peterjon Carberry is getting the chance to shine at the temple of French jump racing.

Carberry secured his first Listed success when running away from talented rivals aboard Docteur De Ballon at the end of the Prix General Donnio over 2m6f for sister-in-law Louisa.

In keeping with family tradition, Carberry sat quietly at the back throughout the first circuit but such was Docteur De Ballon's enthusiasm at his obstacles that half-way down the back straight he was on the heels of the leaders.

"It's easy when you're riding a horse like that," said Carberry, who is enjoying life as stable jockey since Philip hung up his boots in June.

"It's only his third chase start and he was trying to do things a little bit quickly, so I tried to calm him down. All he wants to do is get his head in front. He's the most athletic horse I've sat on.

"My first year here was a case of bedding in as Philip was still riding and I could go under his wing. It was a great offer to take over the reins and the horses have really run into form the last couple of months."

Louisa Carberry was welcoming back her 12th winner of the season and was unable to hide her hopes for the five-year-old son of Doctor Dino.

"With the trip, ground and his lack of experience I wasn't sure ahead of the race but to be able to change gear like that, he makes me dream," she said. "It's why we get up early every morning and I hope we can win some good races with him."

FIRST PUBLISHED 6:06PM, NOV 12 2017
It was a great offer to take over the reins and the horses have really run into form the last couple of months