Returning gems: six Irish stars who could reappear this weekend 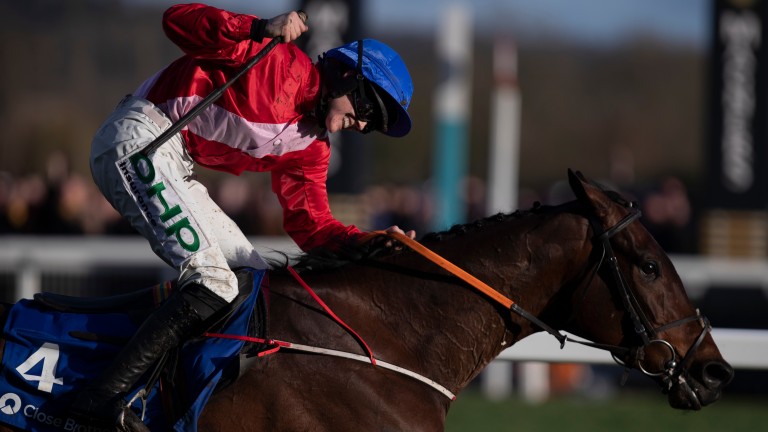 A Plus Tard: spectacular Cheltenham Festival winner could return at Navan on Sunday
Patrick McCann
1 of 1
By Robbie Wilders UPDATED 9:10AM, NOV 6 2019

The top Irish yards are well-represented this weekend at Naas and Navan with a cluster of potential stars entered. Here we pick out six names who could make a splash at the highest level this season.

Subsequent top-level operators Rhinestone, Saturnas and The Tullow Tank are among high-class recent winners of this Naas maiden hurdle in which Willie Mullins has a fascinating contender in Blackbow.

Fifth in the 2018 Champion Bumper before finishing an excellent second to Tornado Flyer in the Punchestown equivalent, Blackbow has not been sighted since and could take high ranking in the novice hurdling division this season. 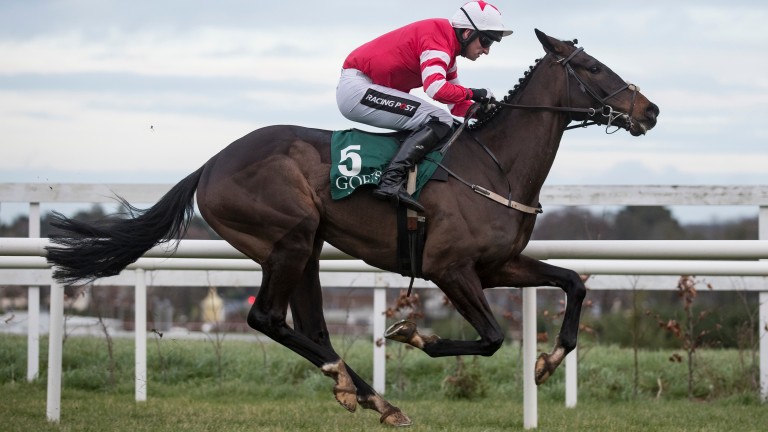 Blue Sari, who put it up to the classy Envoi Allen when second in last season's Champion Bumper, is another intriguing possible runner for Mullins.

The in-form Joseph O'Brien would have few classier recruits to hurdling this campaign than Dlauro, a huge talking horse from the point-to-point sphere who landed a Punchestown bumper in style by 11 lengths on his rules debut in May.

Featuring prominently in each of the three Cheltenham Festival novice hurdle markets, Dlauro's exploits have prompted top owner JP McManus to add the six-year-old to his team of novices for the season ahead and hopes will be high he can justify an already lofty reputation.

The Gordon Elliott-trained Andy Dufresne, another emerging talent whose partner will also be sporting the McManus green and gold hooped silks, could also make his debut over hurdles at Naas.

Time will tell whether Duc Des Genievres really is the real deal, but his 13-length romp in the Racing Post Arkle last season demonstrated his latent Grade 1 talent. 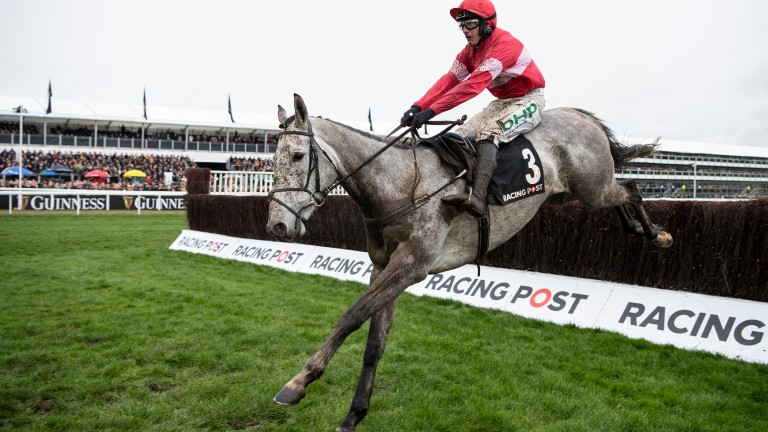 However, the six-year-old found life tougher on better ground behind stablemate Chacun Pour Soi on his final outing of last season in the Ryanair Novice Chase at Punchestown, and connections will hope for softer conditions should he return in the Grade 3 Poplar Square Chase at Naas.

Martin Brassil's stable star City Island was once considered a Stayers' Hurdle prospect but those plans have been shelved with fences now the order of play.

The six-year-old showed a lot of class to account for the Nicky Henderson-trained Champ in the Ballymore Novices' Hurdle last season and chasing could bring about further improvement.

Willie Mullins may hold a strong hand in opposition with Melon and Bapaume, who could embark on their own chasing careers in this potentially informative Naas contest.

Cheltenham Champion Bumper fourth Abacadabras delivered a promising hurdling bow at Gowran Park last month in a performance which suggested he could take some stopping in this Grade 3 event at Navan.

Trainer Gordon Elliott has won two of the last three runnings of the For Auction Novice Hurdle, with triumphs for Mengli Khan and 2017 Supreme Novices' Hurdle scorer Labaik. A display of dominance from Abacadabras could see his odds slash for Prestbury Park riches.

The Henry de Bromhead-trained five-year-old produced arguably the most impressive display of the entire Cheltenham Festival in the Close Brothers Novices' Handicap Chase last season, and it will be interesting to monitor how Cheveley Park's youngster fares if entering open company at Navan.

He found Delta Work too hot to handle when upped to 3m½f for the first time when third in the Grade 1 Champion Novice Chase at Punchestown, but perhaps just showed the effects of a hard season.

The strong-travelling A Plus Tard could make hay stepping markedly down in trip and a big season surely awaits the gifted chaser.

FIRST PUBLISHED 9:00AM, NOV 6 2019
The untouchable Joseph O'Brien would have few classier recruits to hurdling this campaign than Dlauro

Hopes high of strong European team for Spring Carnival despite veterinary checks Plucked from obscurity, The Shunter could now add Galway Plate glory to his haul Take a sip of Ballybrit Lite, it won't taste the same but you might like it Top owners Simon Munir and Isaac Souede remove horses from Gordon Elliott's yard Owner horrified to learn Kiss Me Kayf was sent to English abattoir Henderson: racing must heed Panorama warning over traceability of retired horses