Return to a mile should suit course-and-distance winner Soul 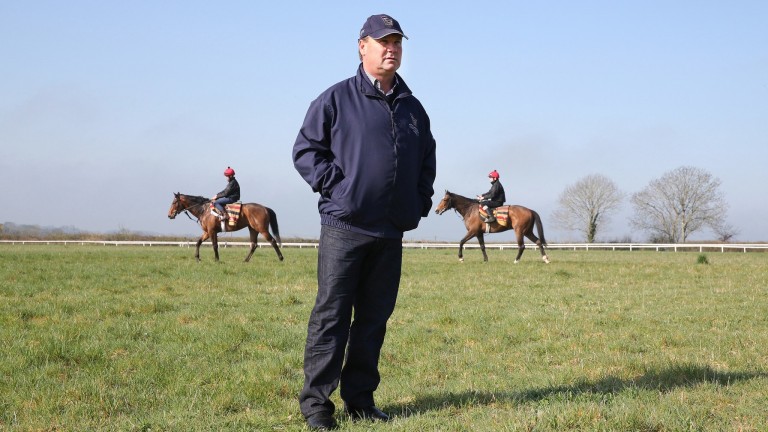 Shannon Soul, a course-and-distance winner in April when completing a hat-trick, will be attempting to bounce back from a below-par effort last time and trainer Michael Halford believes this return to a mile will suit the five-year-old.

Halford said: "Shannon Soul was a bit disappointing when we stepped him up to a mile and a quarter at the Curragh last month, but dropping back to a mile should suit him well.

"He likes a strongly-run race and the ground shouldn't be a problem. He's going there in good form."

A four-time winner this year, Try Again followed up three wins on the Polytrack at Dundalk by scoring at Hamilton on his most recent start early last month, and trainer Paul Flynn believes the four-year-old has a decent chance of adding to his tally.

He said: "He came out of the Hamilton race very well and is in great form. This is a better-grade race but we thought it was worth a shot.

"They're calling the ground good to yielding and that will be fine for him. He wouldn't want it too quick."

Have A Nice Day, a nine-time winner with all of those victories being achieved over seven furlongs, was below his best at Gowran Park on his most recent start and trainer Johnny Feane is expecting better.

He said: "The ground changed and went heavy at Gowran and, in hindsight, I shouldn't have run him.

"He's worked great since and, while he has yet to win over a mile, I think he has a very good chance. Good to yielding or good ground will be fine for him."

Fountain, runner-up on his handicap debut at Leopardstown in April, represents Jim Bolger, while the Tony Martin-trained Sitting Bull, who wears a first-time tongue tie, and the Jessica Harrington-trained Madame Cherie are running in a handicap for the first time.

Snoozing Indian, who dead-heated over the distance at Leopardstown last time, is up 6lb for that effort, while Total Demolition, a slow starter last time, has won over the course and trip.

FIRST PUBLISHED 6:00PM, JUN 16 2017
He was a bit disappointing when we stepped him up to a mile and a quarter at the Curragh last month, so dropping back to a mile should suit him