Return of Rouget stars: Taareef and Zelzal back after yard's virus scare 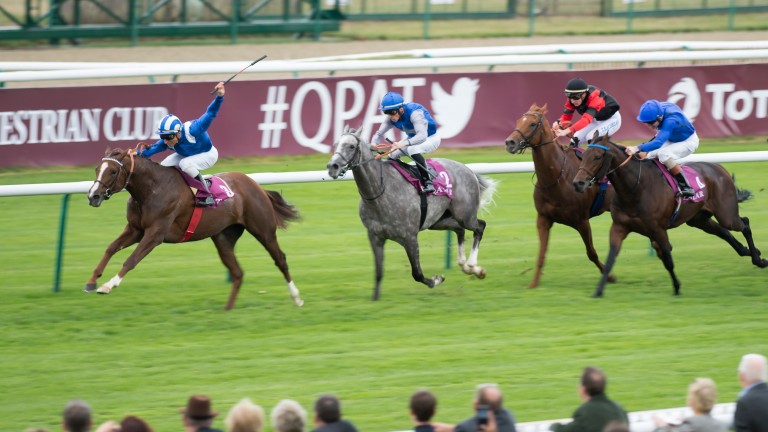 Jean-Claude Rouget pinpointed the middle of June as the earliest he would start to reintroduce the horses put into quarantine during a virus outbreak at his Pau base in May, and in Group-winning milers Taareef and Zelzal he is sending a high-class pair of canaries into the coal mine on Sunday.

Zelzal looked a miler of real talent when sweeping aside Stormy Antarctic in the Prix Jean Prat last July, while Taareef also showed he had plenty of ability when running away with a Group 2 on Arc weekend.

"They were in the barn affected by the virus but they were hardly held up at all," said Rouget. "They're both fresh but Taareef has to concede two kilos having won the Daniel Wildenstein. It's above all a comeback run for both with a view to the second half of the season."

Their five opponents all have the benefit of having at least one run under their belt this term, with Kourkan having chased home Jimmy Two Times in the Prix du Muguet last month.

Siyoushake finished last of the ten runners that day at Saint-Cloud but would be a threat if returning to her Prix Perth-winning form of last autumn.

"Siyoushake ran very badly the other day so this is an exploratory try really," said Freddy Head. "It won’t be easy because she's penalised for having won a Group race but she seems well. I want to see how she gets on."

The Group 2 Prix Hocquart (1.50) has been moved back in the calendar this year in an attempt to bolster the lead-up to next month's Juddmonte Grand Prix de Paris.

As a gelding, Prix du Lys winner Called To The Bar doesn't qualify – Pia Brandt has opted for the Belmont Derby over supplementing for the King Edward VII Stakes – but the three colts who chased him home at Saint-Cloud, Ice Breeze, Shakeel and Falcon Wings, all reoppose.

FIRST PUBLISHED 6:00PM, JUN 17 2017
They were in the barn affected by the virus but they were hardly held up at all