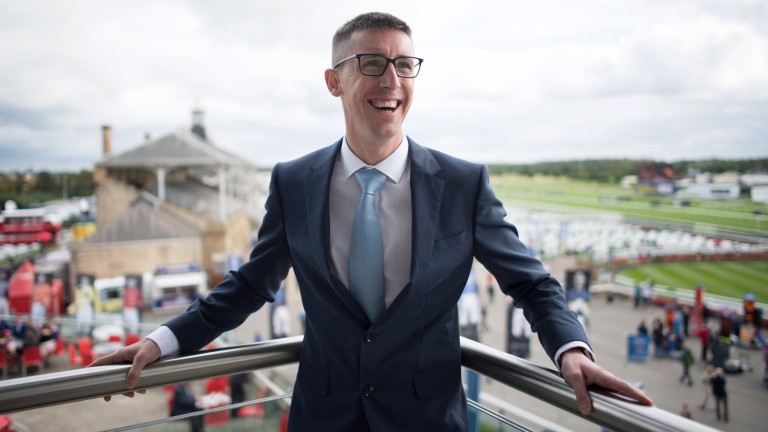 A year on from the accident that ended his career, former jockey George Baker has revealed he will produce a book charting his life in the saddle.

Baker's memoir, which has yet to be titled but will be written in conjunction with journalist and author Tom Peacock, is set to be released in the autumn.

It will cover his career in the weighing room, from the struggles of being one of the tallest Flat jockeys in the country to his rise in 2016, when he won the St Leger on Harbour Law, to the accident at St Moritz which left him in a coma.

Baker said: "In the immediate aftermath of my injury my wife Nicola turned to books to help her through and found huge comfort and motivation in reading about other people who had gone through similar experiences.

"After having had to accept that my life as a jockey is over I now consider myself lucky to be where I am and want to tell my story to record my life and experiences so far, for myself and my family as much as for anyone else.

"I am known for talking too much so hope it will be a good read for anyone who is interested in the highs and lows of sport, and it will hopefully help others at some stage in the future, in the same way that other books helped us."

The memoir will be published by Racing Post Books.

George Baker announces he will not ride again

FIRST PUBLISHED 10:41AM, FEB 26 2018
After having had to accept that my life as a jockey is over I now want to tell my story to record my life and experiences so far