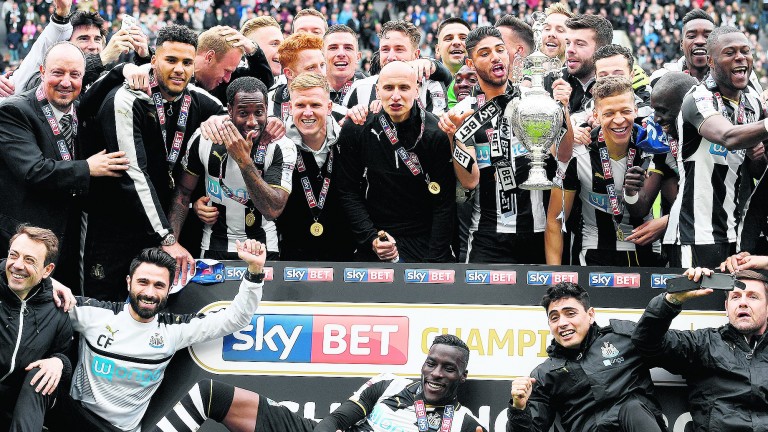 Sky Bet have extended their sponsorship of the English Football League
Stu Forster/Getty Images
1 of 1
By Bill Barber 1:14PM, NOV 17 2017

Sky Bet have launched a responsible gambling campaign as part of their new five-year sponsorship deal with the English Football League (EFL) which will run to 2023-24.

The deal, which will lead to more money going to the 72 EFL clubs, represents a 20 per cent year-on-year increase from 2019-20 and extends the partnership to 11 years.

There will be responsible gambling messages on every club shirt, while the bookmaker will this weekend launch a new marketing campaign on Sky Sports featuring presenter Jeff Stelling and the industry's ‘When the Fun Stops, Stop’ message.

Gambling advertising during televised sport has become a political hot potato, with Labour's deputy leader Tom Watson calling for operators to be banned from shirt sponsorship in football.

This summer the Football Association said it would no longer have commercial relationships with gambling companies, ending a deal with Ladbrokes early as a result.

Sky Bet chief executive Richard Flint said: "We’re delighted to sign this new deal with the EFL and believe the additional focus we and the league are both placing on responsible gambling will show that well-run betting operators can play an active part in raising awareness of problem gambling.

"By using our sponsorship and marketing capabilities to highlight how customers can gamble safely we hope to ensure nothing gets in the way of people’s enjoyment of sport, definitely not betting."

The marketing campaign was welcomed by the industry's self-appointed watchdog the Senet Group, of which Sky Bet is a member.

Senet Group chairwoman Wanda Goldwag said: "Sky Bet’s latest campaign is evidence of a strong sense of social responsibility and a belief that, working together, we and our members can have a real impact – engaging with players in a positive and straightforward way when talking about how to enjoy gambling services in moderation."

However, there was a less favourable response from problem gambling charity GambleAware. Its chief executive Marc Etches said it was concerned about the effect further exposure to gambling would have on young people.

He added: "Today’s news confirms that gambling advertising in sport has now reached a tipping point, and we run the serious risk of normalising an adult activity for young people.

"We welcome the commitment to do more to promote safer gambling, because we all have a responsibility to help protect those at risk of developing a gambling problem. However, the messaging needs to be much more explicit about the risk involved than what the gambling industry currently proposes."

Etches said GambleAware would be writing to the EFL to request that any new messaging was consistent with a national awareness campaign about the risks of gambling it has been asked to lead.