Reputation at stake as Ranger bids to regain winning thread 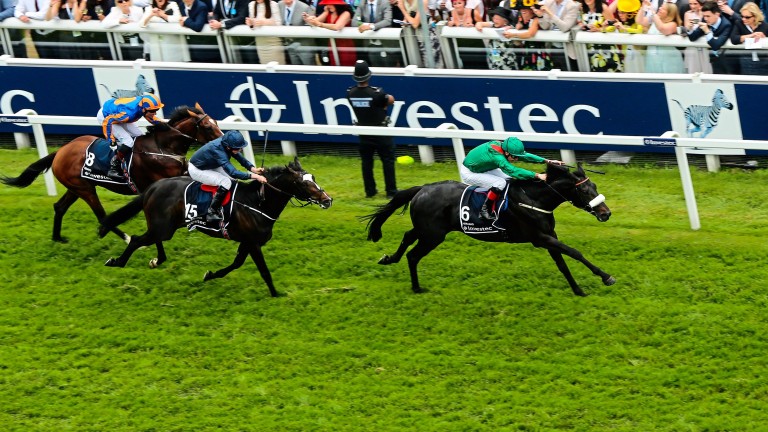 When US Army Ranger last appeared on the Roodee he had just a maiden success on his CV. He returns a year later as a Chester Vase winner and a Derby runner-up, yet carries nothing like the ferocious reputation of 12 months ago.

By Derby hero Galileo out of Irish Oaks heroine Moonstone, big things were expected of the regally bred US Army Ranger from the outset – to the extent that he was prominent in the ante-post Derby betting before he had made his debut.

After scrambling home at 4-11 in the Chester Vase, an excellent second at Epsom seemed to suggest he would develop into a top-class colt, but he has not progressed as expected and has been beaten on all four subsequent starts – three of those defeats inflicted when an even-money favourite or shorter.

Lightly raced and in excellent hands, there is still time for US Army Ranger to justify his lofty reputation but there is now a big question which needs to be answered as he steps up in trip to beyond a mile and a half for the first time.

The race has attracted a double-figure field for the first time since 2008, when 11 went to post. A total of 12 have been declared, but with many trainers stating a desire for softer ground, it would be little surprise to see non-runners.

Sir Michael Stoute and Aidan O'Brien, who are represented by Midterm and US Army Ranger respectively, have been responsible for six of the last ten winners of the race.

Andrew Balding, trainer of Duretto
It took him a while to settle and find his feet last year, but he’s talented and won the St Simon Stakes on his last start. He’s fit, but would need rain to materialise to be seen at his best.

Gay Kelleway, trainer of Cosmelli
I’ve had him for just over six weeks and he’s been training well, although I need to get a run into him. He’ll stay all day and the main aim is the Queen Alexandra at Royal Ascot. He wants a bit of cut in the ground.

Donald McCain, trainer of Culmination
He hasn’t got a handicap mark and I’ve not got many options as to where I can run him.

Lord Grimthorpe, racing manager to Prince Khalid Abdullah, owner of Midterm
He’ll wear a visor for the first time as we think it could help him concentrate – he can be quite a lazy worker. His reappearance at Newbury was not entirely satisfactory, but we hope it’ll have brought him forward. The step up in trip shouldn’t be a problem.

Ed Dunlop, trainer of Red Verdon
He’s wintered adequately and, like a lot of my horses, had some problems last year. He’s won at Chester, but a note of caution – if it’s very fast ground I don’t know if we’d run. It looks very competitive and he’s drawn on the outside, but he’s in good form and it’s a starting point for a horse we need to get going again.

Hugo Palmer, trainer of Wall Of Fire
I’m really looking forward to running him as he’s very nimble and has been travelling much better this year, so I think Chester could be tailor-made for him. His work has been good and there’s no doubt he’s better as a four-year-old than he was at three.

Aidan O’Brien trainer of US Army Ranger
He had a nice race over a mile and a quarter at Naas and we’re stepping him up in trip. He ran well in the Chester Vase last year.

John Gosden, trainer of Western Hymn
He ran well at Chester last year to chase home Cannock Chase in the Huxley Stakes, which was decent form. We know he handles the track and he’s been working nicely. It’ll be nice to get him back on the track.

Saeed Bin Suroor, trainer of Winning Story
He won well on his latest start and is in good form. His last piece of work went well and I’m looking for a good run, although this is a tougher race.

Ralph Beckett, trainer of Diamonds Pour Moi
We’ll wait to see what happens with the weather as she needs a bit of juice in the ground. But she’s in good shape and the draw will help.