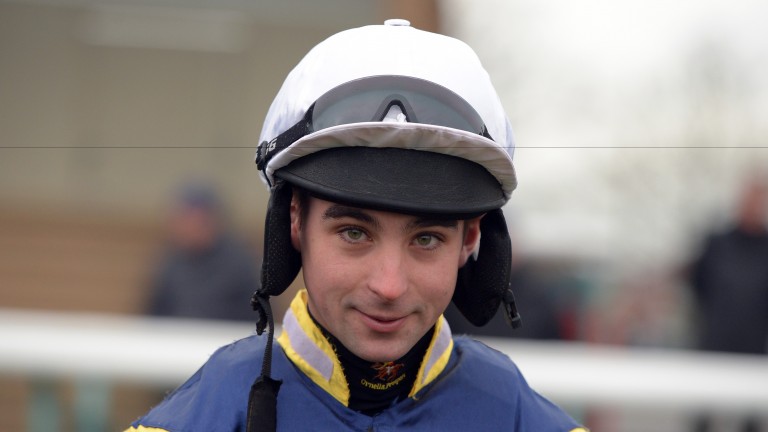 Conditional rider Joe Colliver said he was targeting a return to race-riding over the Christmas period after receiving an award at Wetherby on Saturday for being the track's leading conditional jockey last season.

Colliver released a statement on Friday, in which he spoke of having made "a dreadful mistake" when crashing his car while under the influence of drink last year.

The 25-year-old was released from jail last week having served much less than half of the ten-month sentence he received for paying a friend £2,500 to take the blame for the crash.

"Hopefully I'll be back as soon as possible, but it's going to take a lot of work," said Colliver.

"We started as soon as I got out on Thursday. I'm back working full time, starting afresh from the bottom and trying to work my way back up to where I was. I've put on a little bit of weight but was lucky enough to keep fit in there.

"I need to go to the BHA for an integrity interview. Until I've been to London I can't say when I expect to be back, but it will hopefully be soon, maybe for Christmas or just after."

Colliver, the winner of 26 races last season, has received significant support from his employer Micky Hammond.

He added: "A lot of people have said they're happy to see me, for which I'm very thankful. There are obviously a lot of people I need to apologise to, including the boss, everyone in the yard and everyone in racing.

"Hopefully people can learn from my mistakes and not do the same thing."