Regal Encore could run in Classic as part of Grand plan 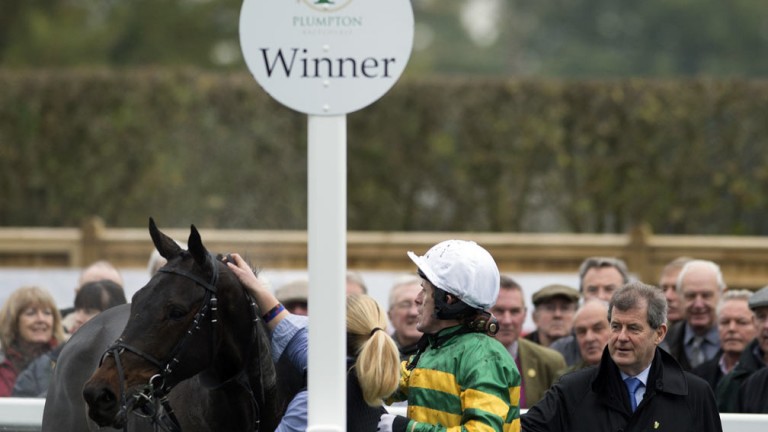 Regal Encore could have his first start over a marathon trip in the Classic Chase at Warwick on Saturday, with a view to discovering whether a National bid of some sort is a possibility.

The nine-year-old is one of 34 entries in this weekend's Betfred-sponsored Grade 3, and the sponsor made Anthony Honeyball's stable star one of five 10-1 co-favourites alongside Doctor Harper, Houblon Des Obeaux, Sartorial Elegance and Viva Steve.

Regal Encore finally came good on a lifetime of promise, that first started with a second to Briar Hill in the 2013 Champion Bumper, at Ascot last month when landing a £100,000 Listed handicap off a mark of 144.

Just 6lb higher for that, Honeyball is hopeful of more to come. He said: "Warwick's a definite possibility. But there's a valuable handicap at Ascot the following week and the Sky Bet at Doncaster the week after that. The plan was always to run in one of the three of them.

"Warwick intrigues me because I'd like to see how he gets on over the [three-mile-five-furlong] trip. I don't see it being a problem and if he gets it it opens up races like the Midlands National, Irish National and maybe even the Grand National - which I'll give him an entry for anyway.

"The concern would be the ground. If it gets too soft we might miss Warwick as I don't want to bottom him at this point of the season."

FIRST PUBLISHED 5:17PM, JAN 9 2017
If he gets it it opens up races like the Midlands National, the Irish National and maybe even the Grand National