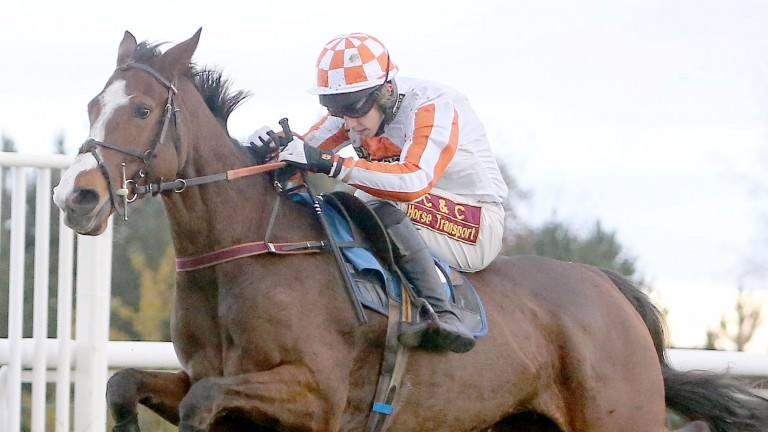 The story Amateur rider Harry Reed, 20, who is attached to Lucinda Russell's Kinross stable, makes the long trip south from Scotland to partner Indian Temple for his father Tim on one of the biggest jumps cards of the year.

With eight winners to his name under rules so far, Reed is just beginning to get noticed, and a high-profile ride on Hennessy day could give his career a considerable boost.

Indian Temple, winner of two of his last three starts, is a progressive seven-year-old whose best days still appear to be in front of him. He seems sure to give Reed a great ride.

He says It's fantastic to have a ride on a big day like this. It gets your name out there and could bring further opportunities.

It should be a great day with a wonderful atmosphere. I plan to take it all in and enjoy it.

I've been with Lucinda for two years and she's been very good to me. It's a great place to work, there's plenty of competition for rides which keeps you on your toes, and [Peter] Scudamore has taught me an awful lot.

I've hunted, pony-raced, point-to-pointed and helped break in horses for my dad. The aim is to get more rides and I'm hoping Saturday is a day to remember.

Indian Temple is a lovely, improving horse and, while it's a hugely competitive race with 17 declared, I'd like to think he has some sort of chance. Lucinda's horse, Final Assault, who we beat at Ayr last time, should run well too.

FIRST PUBLISHED 6:00PM, NOV 25 2016
It should be a great day with a wonderful atmosphere. I plan to take it all in, and enjoy it