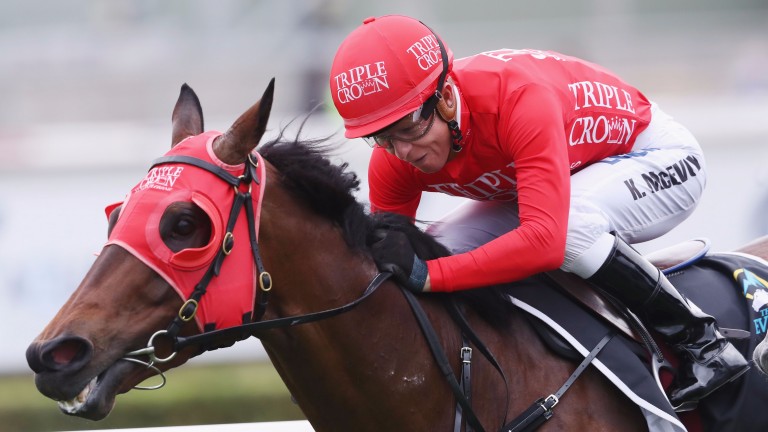 Redzel and Kerrin McEvoy: Ascot could be off the agenda according to managing owner Chris Ward
Mark Evans
1 of 1
By Scott Burton UPDATED 10:24AM, NOV 15 2017

If the organisers of the Everest invitational sprint wanted an early indications of how effective a carrot the new race is likely to become, then the owners of inaugural winner Redzel have given the Randwick prize a powerful endorsement.

Chris Ward, the manager across Redzel's myriad owning interests, has all but ruled out a trip abroad with the Snitzel gelding anytime before he gets to defend his title next October, meaning that Royal Ascot will be off the agenda.

Redzel shot to national and international prominence when landing a huge payday for his owners in the first running of the world's richest turf race last month, before securing his place near the top of Ascot's international shopping list by the more traditional means of a win in the Group 1 Darley Classic over the straight six furlongs at Flemington last week.

"Our main priority is the Everest so if we came to the conclusion that going to Ascot would get in the way of that it would make the decision for us,'' Ward told Racing NSW. "It hasn't been officially ruled out yet, we haven't gone too far into discussions on that front.

"But the money here and races like the TJ Smith Stakes are very attractive.'' 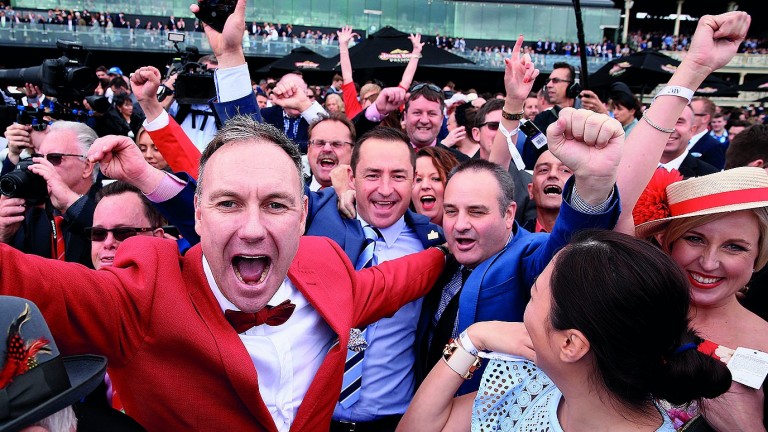 The owners of Redzel certainly know how to celebrate!
Mark Evans
In the immediate aftermath of his Flemington win the talk from Josh Tinning, racing manager of Triple Crown Syndications, was that the Diamond Jubilee Stakes was on the bucket list for Redzel's owners, who number taxi drivers, primary school teachers and beat policemen among their number.

But that looks like it could be a tough sell for Ascot's chief international recruiter Nick Smith, unless the training team of Peter and Paul Snowden can come up with a route back to the Everest which satisfies the desire for both cash and cachet.

Black Caviar won the TJ Smith in both 2011 and 2013 but trainer Peter Moody skipped the Sydney highlight in 2012 in order to give his stablestar time to prepare for the trip to Ascot, taking in two warm-up races at Morphetville directly before the flight to Europe.

FIRST PUBLISHED 10:22AM, NOV 15 2017
The money here and races like the TJ Smith Stakes are very attractive