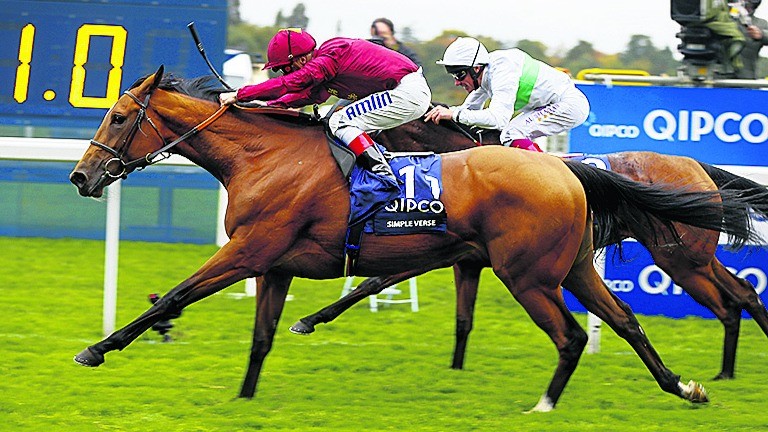 Having two good Royal Ascot horses who want totally different ground has to be filed as one of those welcome problems to have –but it is a problem nonetheless for Qatar Racing, with the start of the royal meeting just two weeks away.

"Ideally, we wouldn't see another drop until Tuesday evening to give Lightning Spear a sounder surface on which to quicken on, and then it would start raining and not stop until after the Gold Cup for Simple Verse," was their racing manager David Redvers' playful solution.

Both horses have finished second on their only outing this season. David Simcock's Lightning Spear, 8-1 second favourite for the Queen Anne, chased home Ribchester on soft ground in the Lockinge, while Ralph Beckett's Simple Verse, a 12-1 shot for the Gold Cup, was beaten just a neck by Dartmouth in the Yorkshire Cup.

"I think she thinks she won," said Redvers, who added: "I saw her the other day and she's put on condition and just looks fantastic."

While Redvers may be hoping the rain stays away, clerk of the course Chris Stickels is praying it comes. He said: "It would currently be firm but the forecast is unsettled. We are due rain from this afternoon, and Wednesday looks a bit drier but otherwise it's an unsettled week.

"We could get between 9mm and 20mm and we'd need double that to not water as we're getting around 17mm of moisture loss a week. We'll see what comes today and tomorrow and then make a decision about watering."