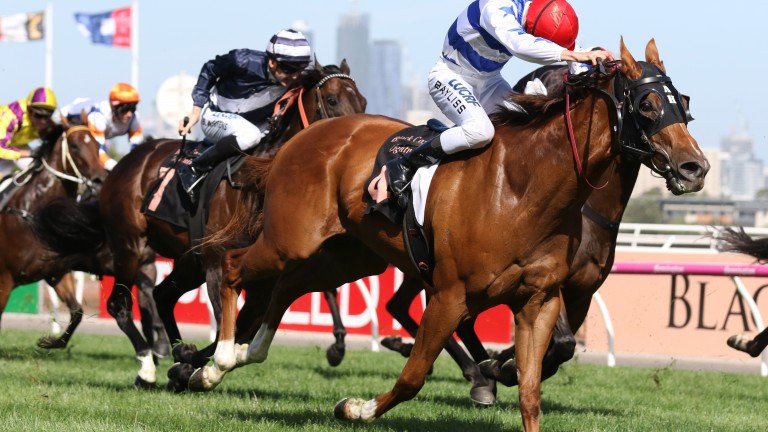 Redkirk Warrior (Hayes, Hayes & Dabernig/Regan Bayliss) produced an astonishing turn of foot to run down hot favourite Redzel in the Black Caviar Lightning Stakes at Flemington on Saturday and the good news for Royal Ascot fans and officials is that connections are keen on a trip to Berkshire this summer.

Trained by the partnership of David Hayes, Ben Hayes and Tom Dabernig, last year's Newmarket Handicap winner, who began his career in Britain with William Haggas and had a spell in Hong Kong, was securing his second top-flight triumph and did so with a burst of speed that could scorch the royal turf in the Diamond Jubilee Stakes on June 23.

Settled towards the rear by Regan Bayliss, the son of Notnowcato looked to have his work cut out as top sprinter Redzel cruised to the front under Kerrin McEvoy.

However, the winner of the world's richest turf race – The Everest in October – was unable to sustain that charge and was worn down in the closing stages by Redkirk Warrior, who scored by a short head.

His victory came on the day Winx, the queen of Australian racing and the number-one international horse Ascot hopes to attract this year, came through a barrier trial in customary style.

Speaking to the Racing Post, David Hayes said: "Redkirk Warrior ran down a very good horse there. The runner-up was still impressive getting beaten.

"My horse ran an incredible 41.7secs for the last 800m [four furlongs], which is hard to do. I know times aren't a big thing in Britain, but here they're quite a big deal.

"Last year's Newmarket was special as he was the first horse to win it first time out.

"If the horse is well I'd love to go to Ascot. It's on my bucket list to train a winner in the UK. I've had a couple of tries with Nicconi and Criterion, but if you go to England you should go with what you're good at, and for us that's sprinters, even though he's a Pom himself really!"

Hayes reckons a break before Royal Ascot will help his potential raider.

He added: "He'll run in the Newmarket next and then we'll have a team meeting with the owners and Ascot officials and see if we can get there. He should be undefeated first time out because he's incredible as a fresh horse." 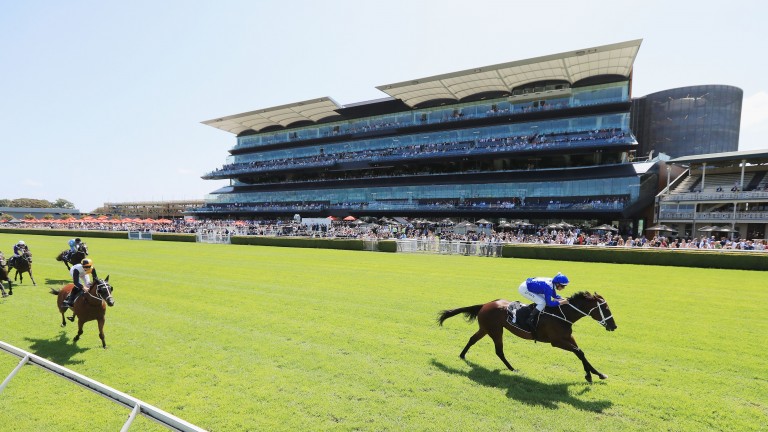 Ascot's Nick Smith, down under on a scouting mission, will also meet with connections of Redzel in the hope he makes the trip as well, but Winx remains the big fish.

Unbeaten in her last 22 races, the three-time Cox Plate heroine thumped five of her stablemates in a seven-furlong barrier trial on Saturday in preparation for the Chipping Norton Stakes on March 3.

Smith said: "I'll be seeing her trainer Chris Waller and the owners in Sydney next week. The barrier trial went well and Winx looked really good.

"She's going to run in the Chipping Norton, then George Ryder and then they're going to have a serious conversation, but at this stage the vibes are good. There's enthusiasm and we just have to wait to see if they'll take the plunge."

Watch soon: follow the action from day one of Royal Ascot on Racing Post Live 'I've been coming to Royal Ascot for 35 years - it's wonderful to be back' 'It would have been chaos' - bookmakers' relief as U-turn for on-course Rule 4 Rachael Blackmore's ride cut to 11-4 favourite after big move for Mullins runner ITV Racing tips: one key runner from each race on ITV on day one at Royal Ascot Five horses who should relish the quick conditions at Royal Ascot on Tuesday