Redkirk Warrior gets Black Caviar treatment at his base in Newmarket 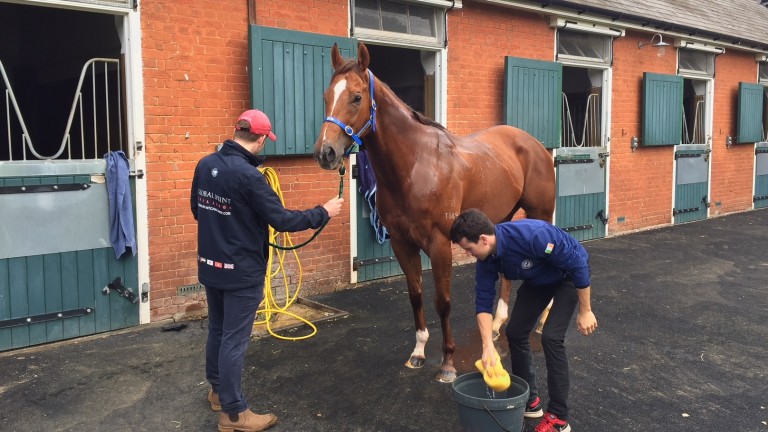 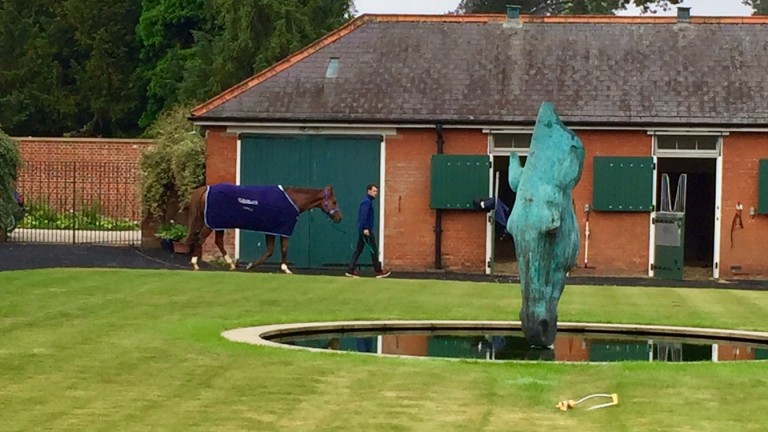 The omens appear to be good for visiting Australian sprinter Redkirk Warrior as the Royal Ascot candidate has been allocated the exact same box as his illustrious predecessor Black Caviar occupied at his temporary base in Newmarket.

The two-time Group 1 Newmarket Handicap winner is set to be partnered by Frankie Dettori in the Diamond Jubilee Stakes at Royal Ascot on Saturday week, a race Black Caviar won in memorable circumstances in 2012.

Generally 6-1 third favourite for the 6f Group 1 contest, the David Hayes-trained speedster has settled in well at Abington Place Stables since arriving last Thursday and enjoyed a gentle leg stretch on the Bury Hill Polytrack on Monday morning under his lad Dara O'Meachair.

Unlike your regular Australian contender, Redkirk Warrior already knows his way around Newmarket as he started his career with William Haggas, for whom he won two races in 2014. Remarkably for a horse now so potent over six furlongs, both victories came over 1m2f – the latter coming at Ascot.

Following that, Redkirk Warrior was sold to race in Hong Kong where he performed creditably, before joining Hayes in 2016. The son of Notnowcato has been a revelation since dropping to the sprinting division, winning five of his nine starts in Australia.

O'Meachair said: "The trip took about 36 hours door-to-door, but the good thing about Redkirk Warrior is that he has plenty of experience of travelling. He's taken the journey well and the plan is just to freshen him up and maybe work him at the weekend."

Although he is also entered in the Group 1 King's Stand Stakes on the opening day of Royal Ascot, Redkirk Warrior would only take up that option if it came up soft. O'Meachair added: "If it was a wet track we might consider the King's Stand, but the horse is better over six furlongs and his main target is the Diamond Jubilee." 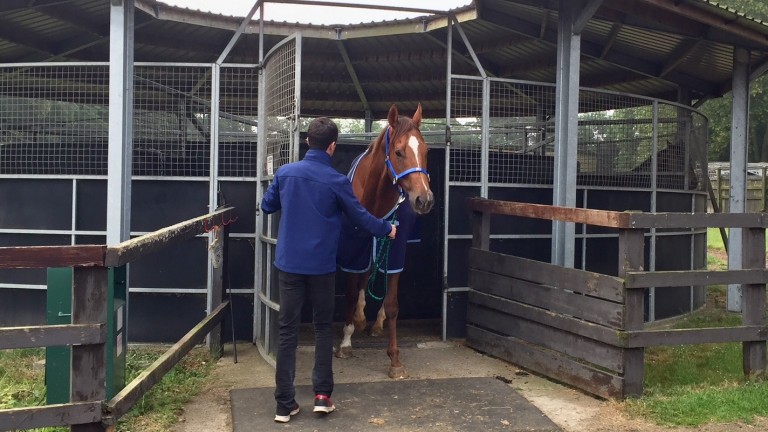 Redkirk Warrior comes off the walker

Redkirk Warrior will be reopposing an old foe at Royal Ascot in the shape of Merchant Navy who finished just a neck behind the Hayes runner when third in the Newmarket Handicap at Flemington in March.

Merchant Navy has since joined Aidan O'Brien for whom he won his first race at the Curragh and is 4-1 second favourite for the Diamond Jubilee behind general 5-2 market leader Harry Angel.

FIRST PUBLISHED 1:09PM, JUN 11 2018
If it was a wet track we might consider the King's Stand but the horse is better over six furlongs and his main target is the Diamond Jubilee