Can Pat beat the Cat on what may be more than just a prep run? 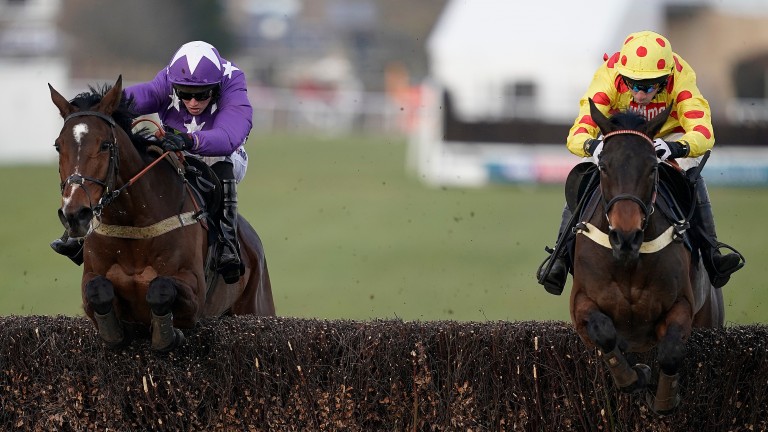 Good Man Pat (right) could hold the key to this race now back over hurdles
Alan Crowhurst
1 of 1
By Graeme Rodway & David Milnes UPDATED 6:43PM, OCT 22 2020

Alan King landed one of his biggest victories on the Flat with Trueshan in the Long Distance Cup on Champions Day at Ascot on Saturday and the stable’s jumps runners are in good form too. Fidux was a winner on the same day over fences at Market Rasen and Sceau Royal gave the yard another big day when winning the Welsh Champion Hurdle at Ffos Las on Sunday.

King has been the man to follow in this race in recent years too. He has saddled seven runners in the last ten years, winning it in 2014 with Ulzana’s Raid, who was good enough to follow up in a hot handicap hurdle at the December fixture at this course later that season.

Two of King’s other runners were placed and among those was Medinas, who finished second in 2012 and went on to land the Coral Cup later that season at the festival in March. 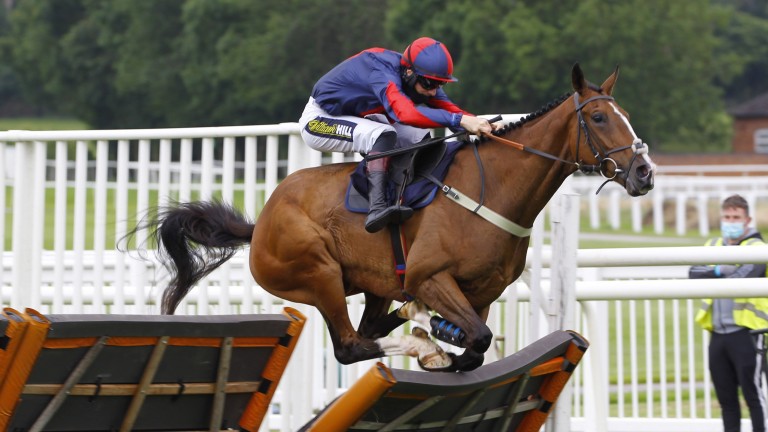 King’s representative this year, Good Man Pat, has a different profile to those two runners and he reverts to hurdles after a spell chasing. But given the stable’s current form and record in the race, it’s probably a mistake to think this is just a prep run ahead of a return to fences.

Richard Newland and Cillin Leonard teamed up to win this last year with Duke Street and they combine with another strong contender this time in the shape of Captain Tom Cat.

The lightly raced former Irish pointer is seeking a hat-trick following a couple of wins over two miles at Uttoxeter and he looks a likely improver now upped five furlongs in trip.

The Nicky Henderson-trained Fix Sun returns from 252 days off the track having had wind surgery since his last start.

The trainer's runners often go well fresh and Henderson has a 29 per cent strike-rate with those having their first run following wind surgery since 2018. A £1 bet on all those runners would have yielded a profit of £34.02.
Graeme Rodway, tipster

Anthony Bromley, racing manager to Simon Munir and Isaac Souede, owners of Fix Sun
We had hoped to start him off in the Silver Trophy at Chepstow but it was too firm so we took him out on the day of the race. It sounds as if the ground should be fine for him this time – it just depends if he's too high in the handicap for what he's achieved. He's ready to run and this will tell us plenty.

Nigel Twiston-Davies, trainer of Our Power
He won his last race very well at Kempton in March and he has done well through the summer. It's a tough race but we expect him to be in the shake-up.

Alan King, trainer of Good Man Pat
We experimented with him over three miles last year but he wasn't getting home. The plan is to send him chasing over 2m4f and 2m6f and this looks a nice starting point.

Iain Jardine, trainer of Weather Front
It's a tough race but he goes there on the back of a good comeback and we've always thought there was a big one in him. We'll take our time with him and hopefully he'll come with a late run and we're expecting him to go close.

Harry Herbert, manager of Highclere Thoroughbreds, owners of Hijack
He's always been well regarded by Nicky Henderson and he needed his first run back when he was second to a nice type at Fontwell. He's come on for that by all accounts and we're hopeful of another good run.

Stuart Edmunds, trainer of Hometown Boy
If they've had enough rain he'll run and we think he's on a workable mark as he didn't have the run of the race on his last start.

Kim Bailey, trainer of Yeavering Belle
She made a great seasonal debut when returning to winning ways at Ludlow under a determined ride from David Bass and we're sure she has more to give.

Fergal O'Brien, trainer of Imperial Elysian and Lungarno Palace
They're big prices but I'm looking forward to both of them running. Imperial Elysian won three in a row then ran very well at Perth. The track probably didn't suit him that day and I hope Cheltenham will. Lungarno Palace ran very well at Market Rasen in a good handicap chase and he was placed in this a couple of years ago.

Jamie Snowden, trainer of Exod'ela
He needed his first run back at Hexham and we think that the hurly burly of a big field around Cheltenham will play to his strengths.

Richard Newland, trainer of Captain Tom Cat
We purposefully gave him a break after his successful summer with the intention of bringing him back at this meeting. This will be bit different to winning novices but he's up in trip, which we think will suit, and we expect him to put up another good show.
Reporting by David Carr

FIRST PUBLISHED 6:00PM, OCT 22 2020
But given the stable’s current form and record in the race, it’s probably a mistake to think this is just a prep run ahead of a return to fences